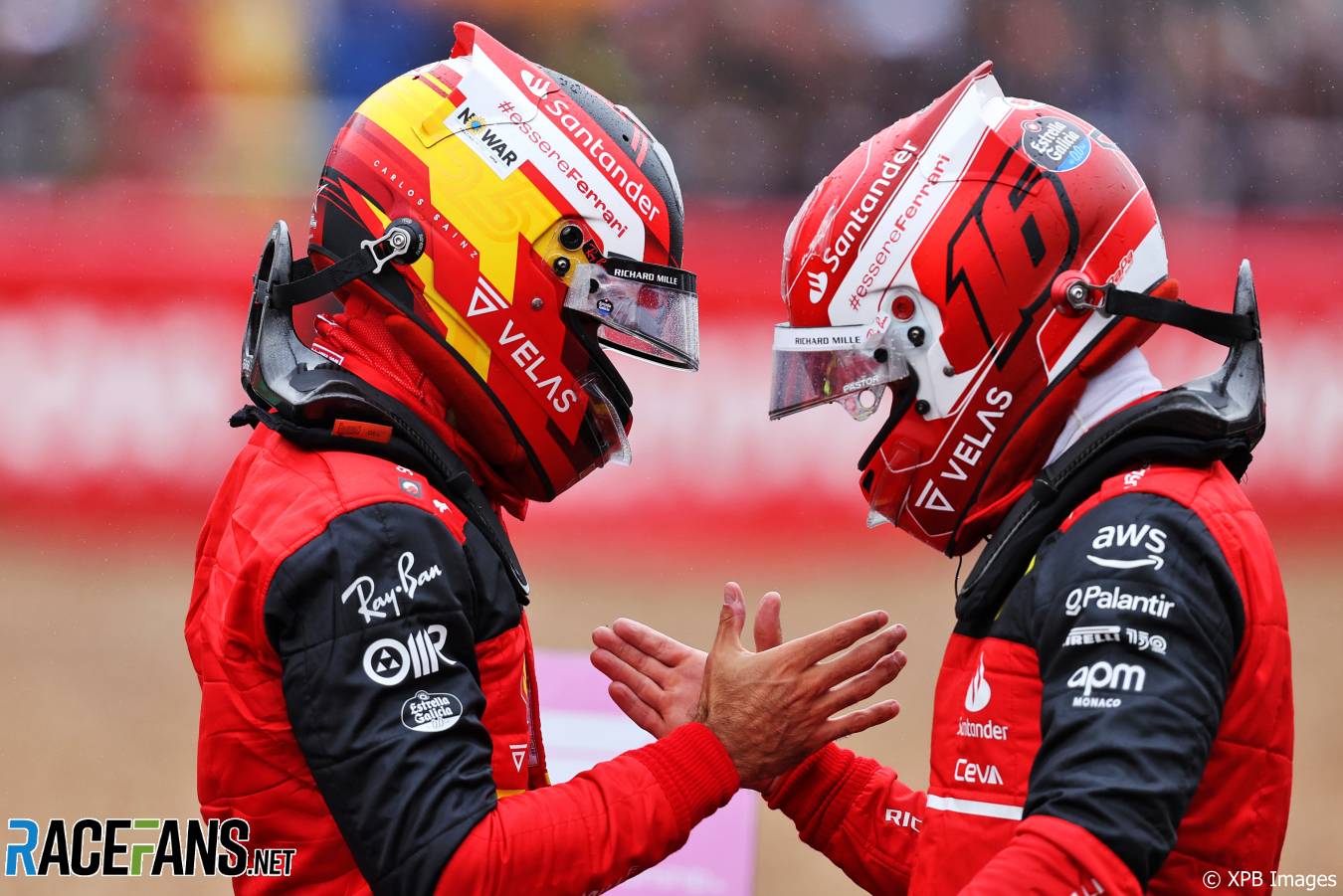 Charles Leclerc admitted that he “didn’t deserve to be on pole” after spinning on his final lap of qualifying for the British Grand Prix.

The Ferrari driver lost control of his car in the wet conditions exiting Chapel corner onto the Hangar Straight and spun through a full rotation before continuing. The spin forced Max Verstappen, who was behind the Ferrari, to lift off due to a yellow flag that was shown for the spinning Leclerc.

The spin ruined Leclerc’s quest to claim a seventh pole position of the season and opened the door for Ferrari team mate Carlos Sainz Jnr to improve and take a maiden pole position in Formula 1.

“I’m happy for Carlos, he did a great job today,” said Leclerc.

“I spun on that last lap, I knew it was the lap I had to put everything together and I didn’t, as a driver, so I didn’t deserve to be on pole. But P3 is still a good position to start in for tomorrow’s race and hopefully, putting everything together we can come back.”

Verstappen came across yellow flags for Leclerc’s spin at Becketts on his final lap, causing him to lift off and costing him time down the Hangar Straight.

“I got a bit hindered in my final lap with the yellow flag, unfortunately,” explained Verstappen. “But I think, still, to be on the front row is very good for us and we have a very good race car in the dry and the wet.”

Despite Verstappen being fastest by over fourth tenths of a second in third practice, Leclerc believes that Ferrari do have the opportunity to take the fight to the championship leading Red Bull in tomorrow’s race.

“I think the pace is there,” said Leclerc, “so if we have a clean race then everything should go well.

“A good start and then obviously tyre management will be a thing, too. I think the strategy is a bit mixed between one or two stops so it will be interesting to see whoever is going for the one stop or the two stops but hopefully we will make the right choice and we can come back to where we want to be.”