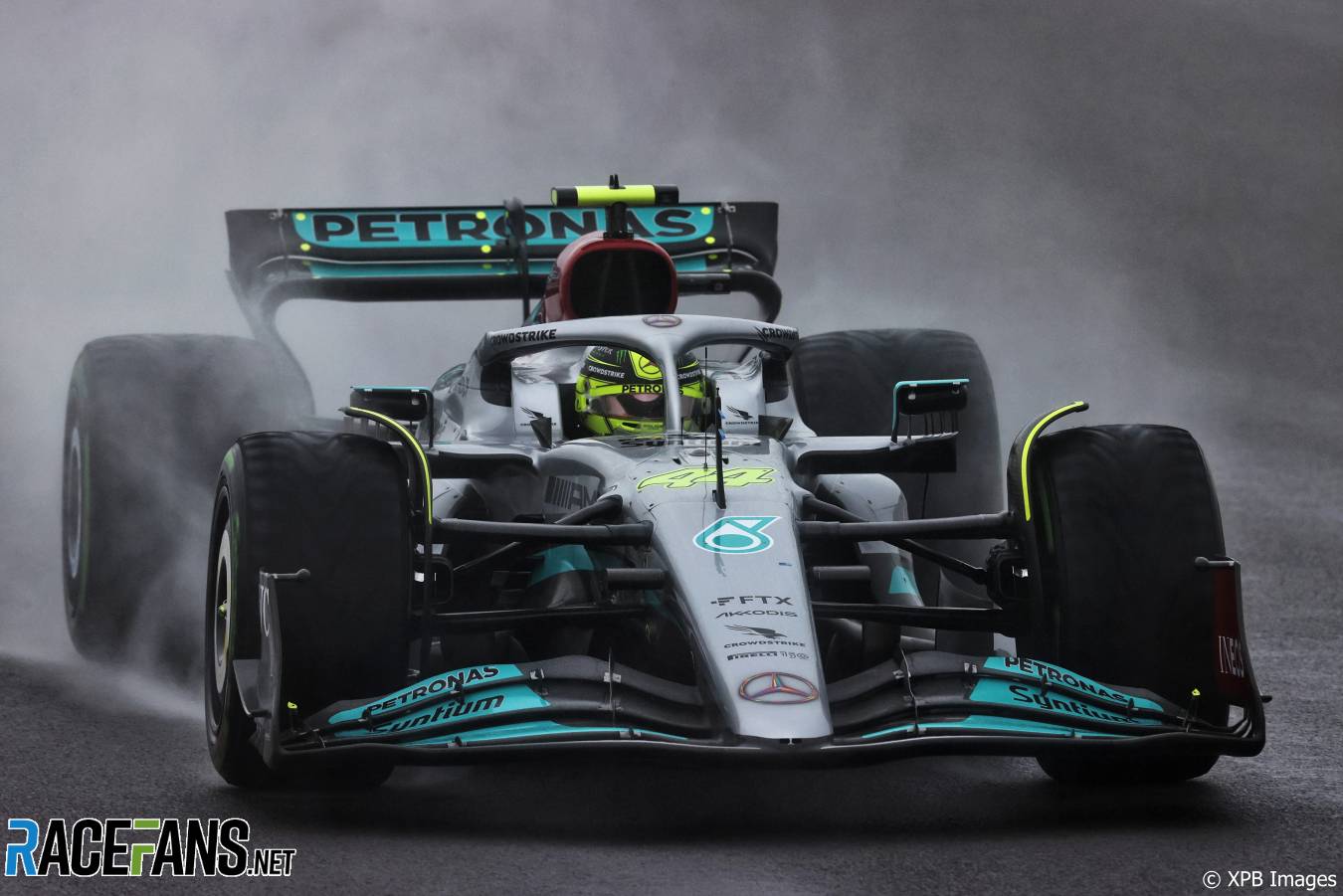 Mercedes believe a tactical error in the closing stages of qualifying cost them the chance to get Lewis Hamilton on the front row of the grid for this weekend’s race at Silverstone.

Hamilton was among the front-running drivers in the wet session after Mercedes brought a further package of new parts for its W13 this weekend.

“The team have worked incredibly hard to bring some upgrades this weekend and we had a bunch of furniture around the car,” said Hamilton. “The car has improved a little bit, but we still have bouncing in high-speed corners, which is where particularly the Red Bull is pulling away from us.

“But in the rain, we were fighting for the front row. And all the way up until that second-to-last lap, we were up there. I was asked to back off and go for the last lap, but then it rained. So it’s just a bit unfortunate, I guess.”

Hamilton said they chose to abandon his penultimate lap in Q3 in order to increase the available power from his battery.

“I wanted to go to a more racy power mode for the last lap and charge the battery, et cetera. And as we did that, then it rained a little bit more and the last lap was messed up.”

After qualifying a second off pole position, Hamilton said he was convinced he could have got on the front row.

“I was really, really so hopeful because we’ve got this incredible crowd and all of a sudden I was in the fight, so I was feeling great. I think I was second by 0.02 or something. So I was like, ‘yeah, I can definitely go quicker than that’.

“Then I was, I think, two-tenths up, then they said back off and go again. And then the next lap was not as good.”

Mercedes team principal Toto Wolff said the team could definitely have qualified higher than fifth for Hamilton and eighth for team mate Russell.

“Quali was looking okay until really the last laps,” he said. “I believe that we had a car that was good enough for front row or maybe top three, but in the end it didn’t come together at all.

“Therefore I’m pretty disappointed actually with the result because I believe we could have gone faster.”

Hamilton’s belief they could have taken a front row start was “not optimistic”,” said Wolff. “If we would have continued with the consecutive laps and given up a little bit on engine mode towards the end, I believe that we would have qualified for top three positions. At the end you never know, but I think that lap would have been pretty good.”