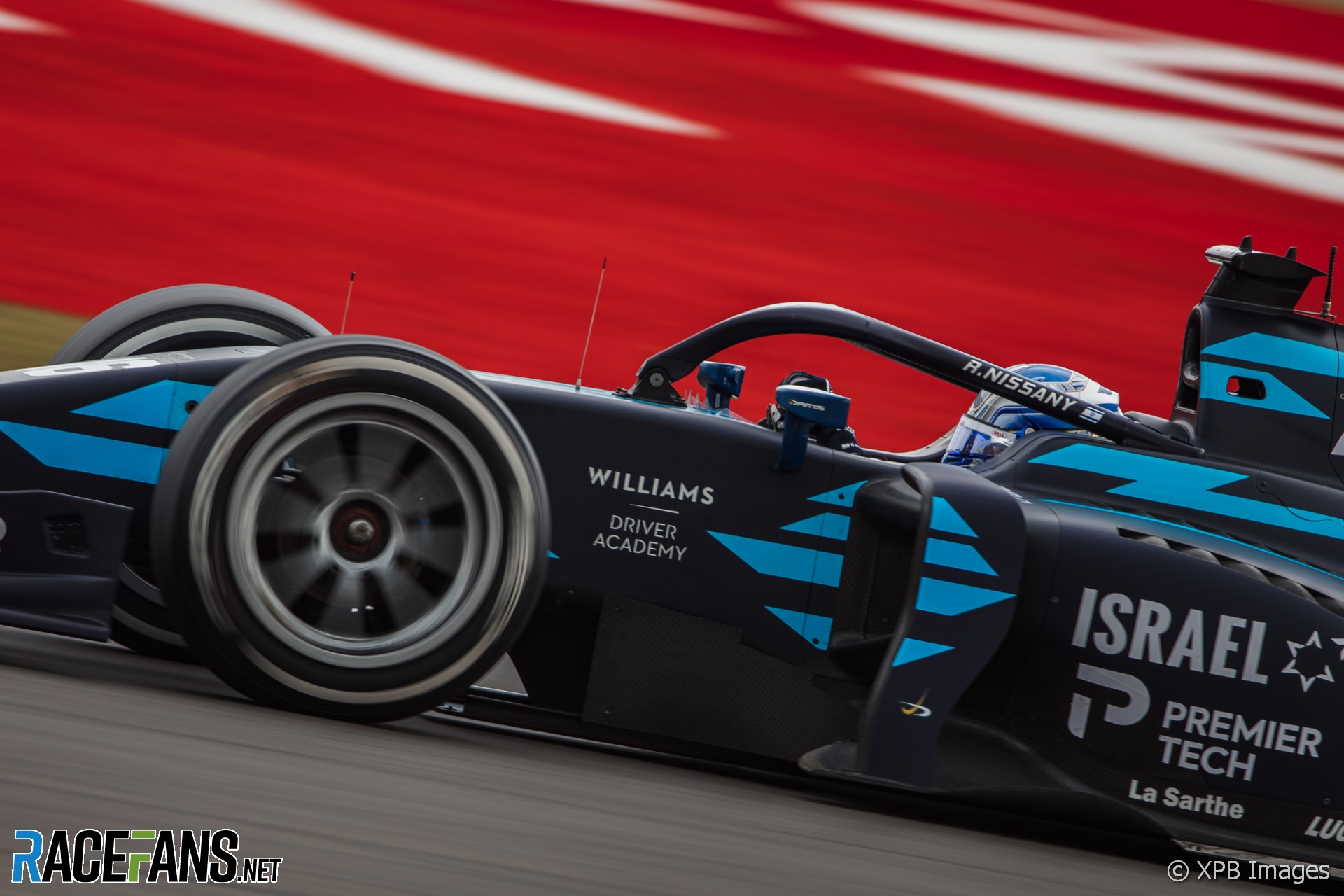 Roy Nissany was judged to be wholly to blame for the shocking crash between him and Dennis Hauger at the start of yesterday’s Formula 2 feature race.

DAMS driver Nissany forced Hauger off the track between Stowe and Vale. This sent Hauger, out of control, over the sausage kerb at the apex of Vale, which launched his car through the air into Nissany’s.

Hauger’s car struck Nissany’s around the cockpit area, the DAMS car’s halo taking the brunt of the impact which lifted both cars from the ground. The pair were able to exit their cars unaided but were clearly shaken.

The stewards ruled Nissany was responsible for the collision and said the driver did not dispute their decision.

“Instead of merging into traffic in a safe manner, the stewards determined that [Nissany] made an unpredictable and unsafe move to defend his position that initiated the contact with Hauger,” the stewards said in a statement. “Additionally, Nissany fully accepted blame for the incident.”

Nissany will receive a five-place grid penalty for the first race in Austria and three points were added to his license, putting him halfway to a race ban on six points total this year.

In the same race the ART team avoided collecting penalties for both its drivers after almost falling foul of pit lane safety rules again.

Frederik Vesti and Théo Pourchaire were given suspended five-place grid drops at the Spanish round after the team’s mechanics failed to place tyres flat on their sides during pit stops. This is required by the rules to prevent tyres rolling away during pit stops.

ART representatives were summoned to the stewards after the Silverstone feature race as the stewards considered whether the front-left wheels of Vesti and Pourchaire’s cars were not laid flat during their pit stops.

To ART’s relief, the stewards opted to take no action, ruling the team had taken sufficient safety precautions. “Having considered the matter extensively, the stewards determined that the actions of the pit stop personnel acted in a manner that prevented an unsafe incident,” they noted. “The stewards, therefore, take no further action.”