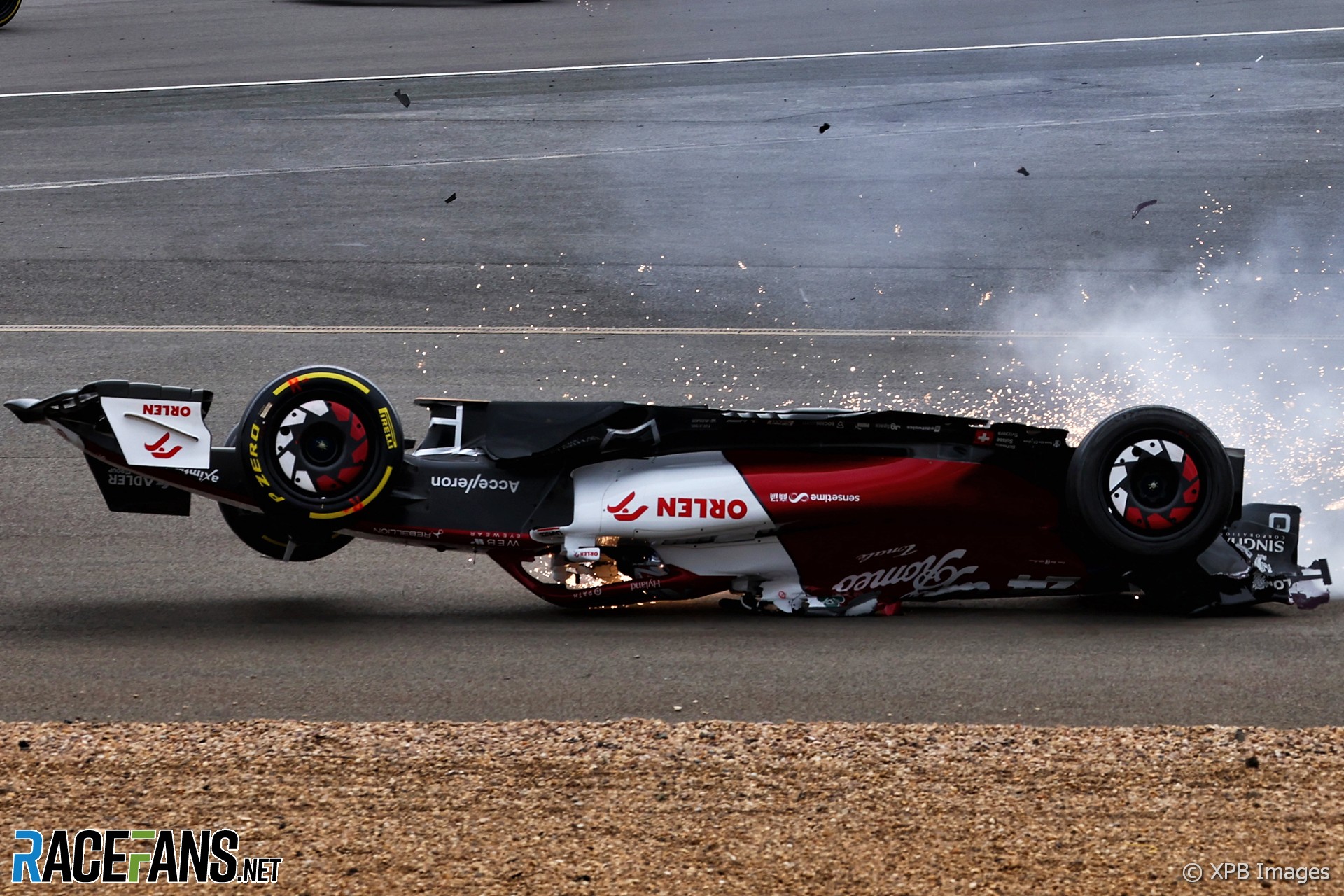 The Formula 1 and Formula 2 drivers emerged unscathed from a pair of shocking crashes. Many were quicker to praise The role played by the halo head protection system in protecting both was widely praised, but Wurz sees further areas for improvement.

Wurz compared Zhou’s crash to Pedro Diniz’s at the Nurburgring in 1999, when the roll hoop was badly damaged on his Sauber.

“Last time as far as I remember an F1 roll hub collapsing was with Pedro Diniz, Nurburgring ’99 – jumping over me,” said Wurz on social media. “This led to stricter crash tests, requested by GPDA, swiftly executed [and] implemented by the FIA.”

“Dear mister president [please] check your inbox, we got more work to do,” he added.

Wurz also raised concerns over the sausage kerb at Vale corner which launched Dennis Hauger’s car onto the cockpit of Nissany’s in their collision during Sunday’s Formula 2 feature race. The high kerbs have been blamed for a series of incidents in which cars were launched into the air.

“[I] struggle to hold back on speaking out publicly about matter of sausage kerbs,” said Wurz. “Why [do] we [still] have them and why nothing seems to be done.

“Fact: they are, and have always been an ill-born concept. How many more shunts, how much more injuries we have to witness? This goes for sausage kerbs at apex, as well as baguette [or] banana kerbs on exits.”

He said Rubens Barrichello’s crash at Imola in 1994 shows why F1 was correct to reduce the height of kerbs many years earlier.

“A generalisation process delivered ‘flat kerbs’. Good but not thought [through] at the time. After we all shouted about track limits. After we brought sausage Kerbs and guess what? We fly again. We can do better.”