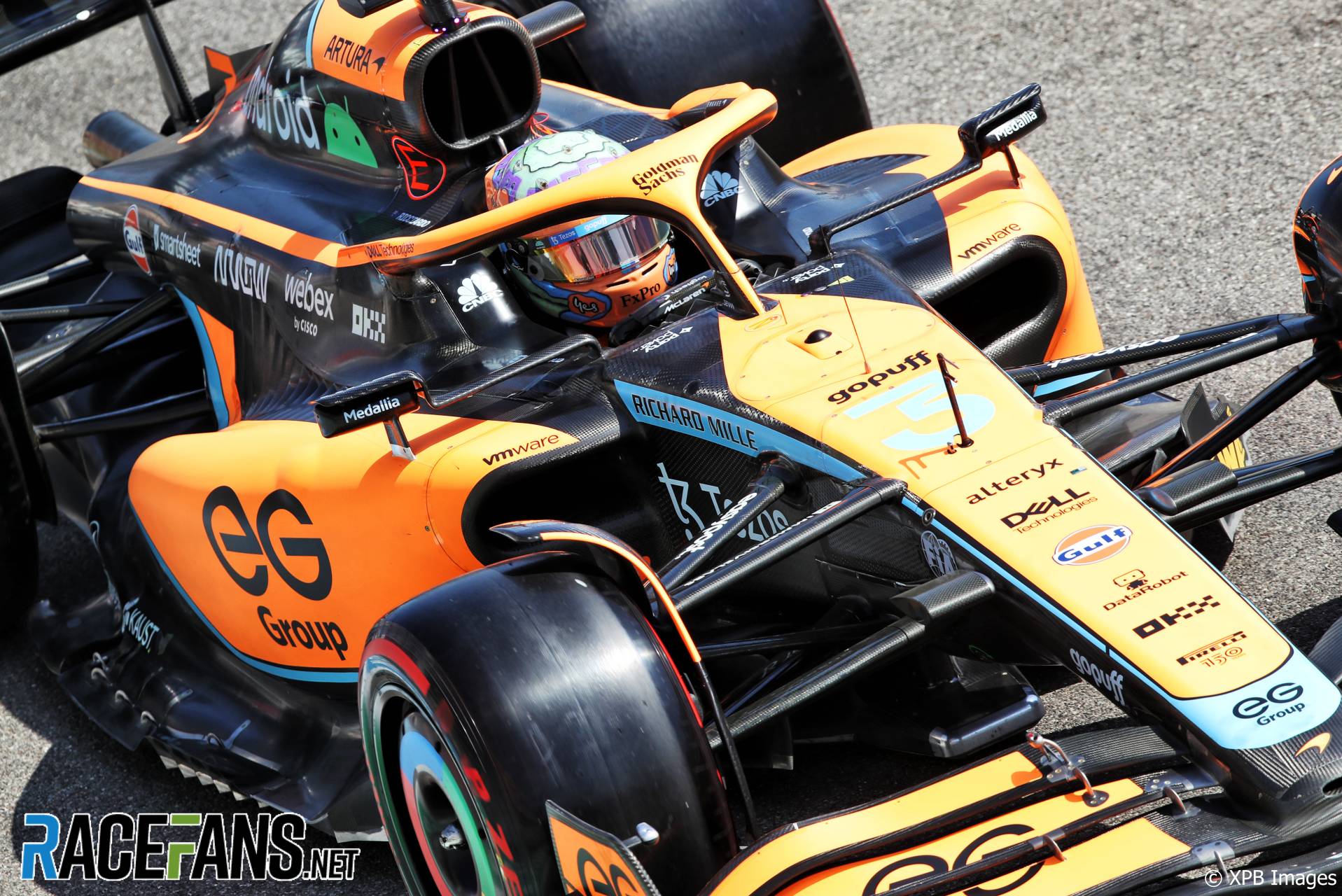 McLaren team principal Andreas Seidl has admitted his team haven’t been able to give Daniel Ricciardo the confidence he needed to push their cars to the limit, as they confirmed he will leave them a year early.

Ricciardo has largely failed to produce comparable results to team mate Lando Norris since joining McLaren at the beginning of last year, despite scoring a victory in the 2021 Italian Grand Prix. McLaren announced today he will not see out the third year of his contract with them in 2023.

“It’s obviously not a secret that if you look at these 18 months we worked together so far, we didn’t achieve the results we wanted to achieve,” Seidl said in response to a question from RaceFans. “Despite being able to have some highlights, real highlights like the win last year and also from Daniel after so many years for McLaren, despite all the efforts he has put in and the commitment, despite all the work we have put in on our side, we just couldn’t achieve the results that we all wanted to achieve together.

“That’s why I myself had a lot of conversations in the last month[s] with Daniel just to be transparent and clear on where we are on both sides. In the end, unfortunately, we didn’t make it really work. And that’s why we wanted to go for a change for next year and in the end we mutually agreed on an early termination of the existing contract at the end of ’22.”

Ricciardo seldom felt comfortable pushing either of the team’s cars – last year’s MCL35M and the current MCL36 – to the limit, said Seidl.

“We have commented many times in the last weeks and months about the challenges we had on Daniel’s side of the garage regarding expecting the performance as on Lando’s side, from the car.

“Daniel has said several times that he just never felt fully comfortable within our car, especially when it was about pushing the car to the absolute limit. That was, in the end, causing from time to time this lap time difference that we have seen compared to Lando.

“At the same time, you have to acknowledge as well that Lando is an outstanding driver. So he was up against one of the best ones in the paddock. And this in the end led us to the decision.”

Seidl accepted his share of the responsibility for the difficulties Ricciardo had at the team.

“We just didn’t get it to work,” he said. “In the end, for a driver, being able to extract the performance from a car is a team effort between the driver and the team.

“So I just want to be clear as well that I fully take the responsibility as well, being in charge of the team, that we also couldn’t find the magic in order to find these percentages that were missing from time to time. And that’s why in the end, we came to the conclusion that it is actually the best we go separate ways next year.”

Despite the early parting of ways between Ricciardo and McLaren, Seidl said he was grateful for the contribution their outgoing driver had made to date.

“On the racing side, I’m obviously disappointed that we didn’t manage to make it work,” he said. “But the respect I’m having for the person of Daniel Ricciardo, but also the race driver, hasn’t changed.

“I’m still convinced that he’s one of the best ones that is around in this paddock and, in the end, with him joining the team one-and-a-half years ago, with everything he brought to the team as well with his experience, he definitely helped us a lot to become a better team.

“I really always appreciated a lot this positivity, his enthusiasm. His help, also, helping me in difficult situations like the start of this season where we had some tough times going into the first race. He never gave up and always helped me also keeping the team in a good shape and helped me to keep the team pushing forward and stay motivated and stay flat-out and not give up. And that’s something I will definitely miss from him.”