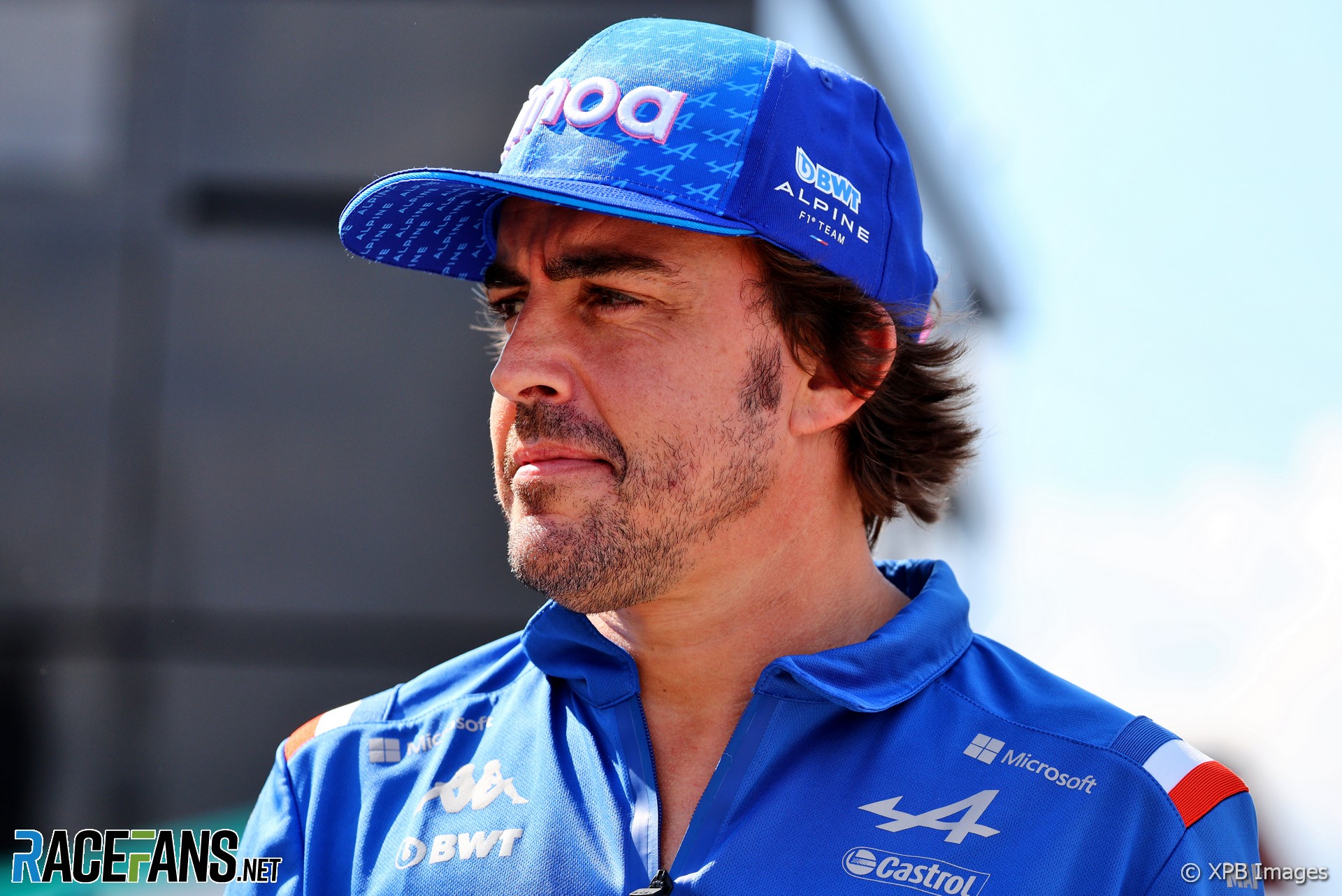 Aston Martin expect new signing Fernando Alonso will remain with them long enough to fight for the world championship.

The team has hired the 41-year-old two-times champion to replace Sebastian Vettel, who will retire from F1 at the end of the year.

Aston Martin targeted competing for world championships within five years when it rebranded last year. Although Alonso is the oldest driver on the grid, team principal Mike Krack is confident he will remain with them long enough to realise that goal.

“I would not be surprised if this is going on, to be honest,” he told media including RaceFans at Spa-Francorchamps today. “So from that point of view, yes.”

The team has “no concerns at all” about Alonso’s form dropping off when he starts his 20th season in F1 with them next year. “We always say 40 is the new 30, so from that point of view, he’s quite a young driver,” Krack joked.

“We have no such concerns. He’s still demonstrating today that he’s still super-fast and we do not expect any drop-off at all.”

Krack said Alonso’s swift decision to join Aston Martin, after he failed to agree terms with his current team Alpine, shows his faith in their plan to become championship contenders.

“He sees big potential in this team, in what we are doing, in how we are changing our infrastructure. We are recruiting very good people.

“So I think he sees potential here. For me we’re not here [just] to race Alpine, we are here to race all and try to be the best of them. And I think for Fernando to make this change is also big confidence and trust in us.”

The team pounced on the opportunity to sign Alonso after Vettel told them he did not intend to continue racing. “Sebastian was our focus subject and only when he said ‘I stop’ we really started to go quick in the whole process,” Krack explained.

“You always observe a bit the market. You are in touch with the people and you know what situations are. For us, it was always exploratory with a lot of drivers.”

There were no sticking points in convincing Alonso to take up the opportunity to join them, Krack added. “When you look at the speed of the deal, I think there were not many obstacles.”

The team’s staff were informed of Alonso’s signing immediately after the previous race in Hungary and reacted to it positively, said Krack.

“There was a huge smile, huge,” he said. “We informed, obviously, our team before we told you guys and the design office has never been as loud as for these 10 minutes.

“So I think it’s a big boost for the team. It’s also a very big proof of intention from the management and from the team. To sign a driver like that, it is clear what the ambition is.”