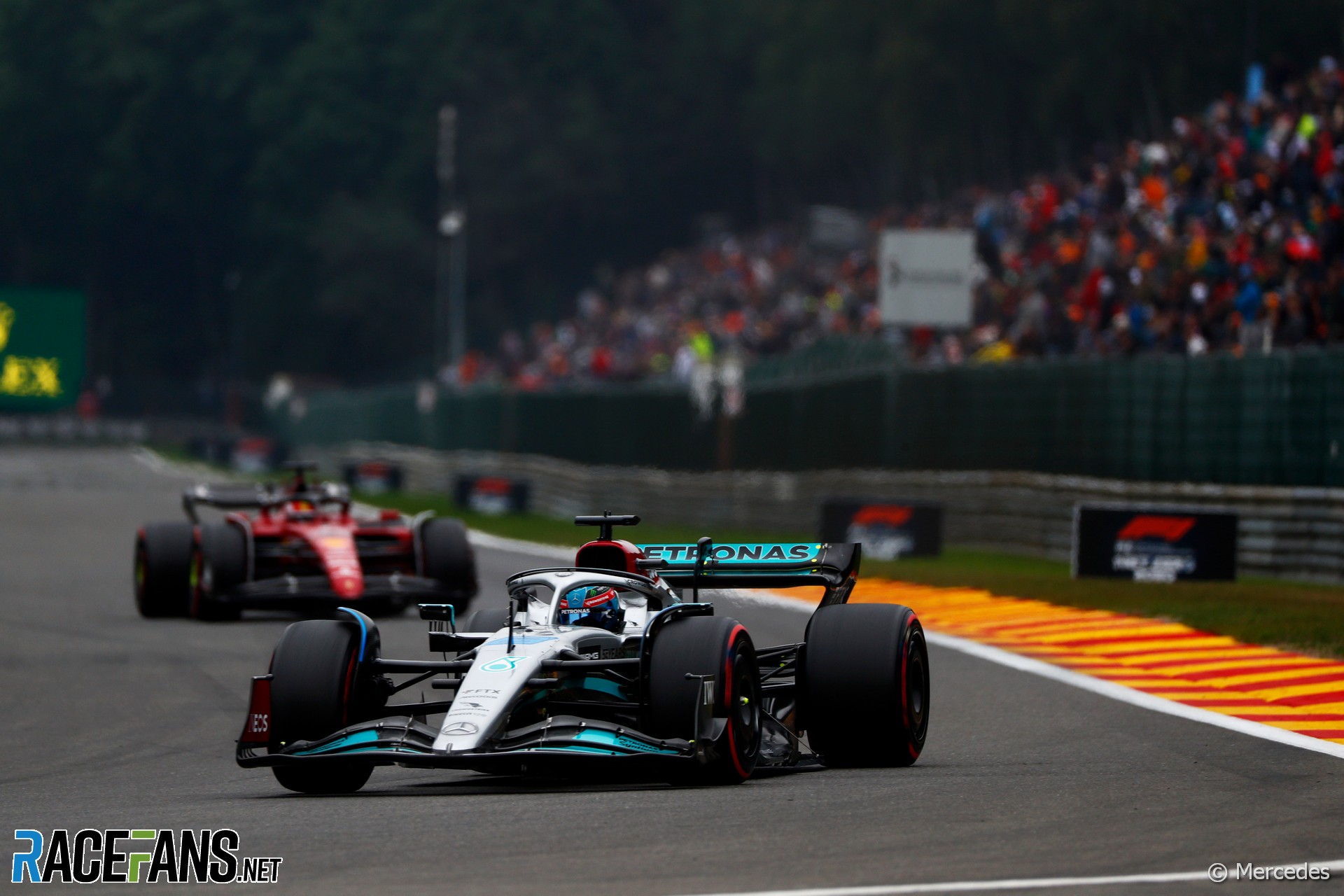 Mercedes team principal Toto Wolff said their qualifying performance at Spa was the worst he’d experienced during his time with them.

Lewis Hamilton and George Russell will start from fourth and fifth on the grid respectively for tomorrow’s race at Spa after they recorded the seventh and eighth best times in Q3. The pair will gain three positions on the starting grid due to penalties for Max Verstappen, Charles Leclerc and Esteban Ocon.

Wolff admitted the 1.8-second margin between Verstappen and Hamilton’s best times in Q3 was an unacceptable performance for the team which took pole position for the last race before the summer break in Hungary.

“You can’t be on pole three weeks before – albeit for very different conditions, different track – and then be 1.8 seconds off the pace, the next one,” Wolff said.

“There’s something which we totally don’t understand, or seem to get right. Clearly Red Bull is here in a league of their own. What is the next Ferrari, eight or nine tenths off? So I don’t know what that is, but that is no consolation.

“It’s for me, the worst qualifying session that I had in 10 years. Irrespective of what positions we are going to start tomorrow and just even being on pole the [previous] weekend and then three weeks later being nowhere is just not acceptable for ourselves.”

Wolff could offer no explanation for why Mercedes were so much further off the pace of their rivals than they had been across many of the more recent rounds of the championship.

“I mean, if we would understand we could tune it,” he said. “But the car is draggy in the straight line, Lewis said it’s like a dragging a parachute behind him.

“It is unstable on the rear. It understeers through I think was eight [Bruxelles] or nine [Speaker’s corner]. It bounces through the high speed and gives no confidence. There is not [one] positive that I heard about how the car performs here this weekend and throughout the weekend. So I think now it’s time to consolidate and decide what we do next.”

Russell believes Mercedes struggles’ were mainly due to cooler conditions making them unable to get their tyres into the optimal operating window – a problem they have struggled with throughout the 2022 season.

“The tyres are the overriding factor,” he explained. “If you get the tyres in the right window or the wrong window, it could be a second a lap different.

“I think it’s inherent car limitations that we have. You can look at it two ways – over the course of the season, we benefit a lot more on a Sunday than the limitation we have on a Saturday. We’ve probably only had three out of these 14 races have been really bad qualifying [sessions] for us. Here and Imola spring to mind and maybe Monaco as well – all tracks where you struggle with tyre temperature.

“So there’s a clear theme. We want to try and find a solution, but we don’t have that answer at the moment.”