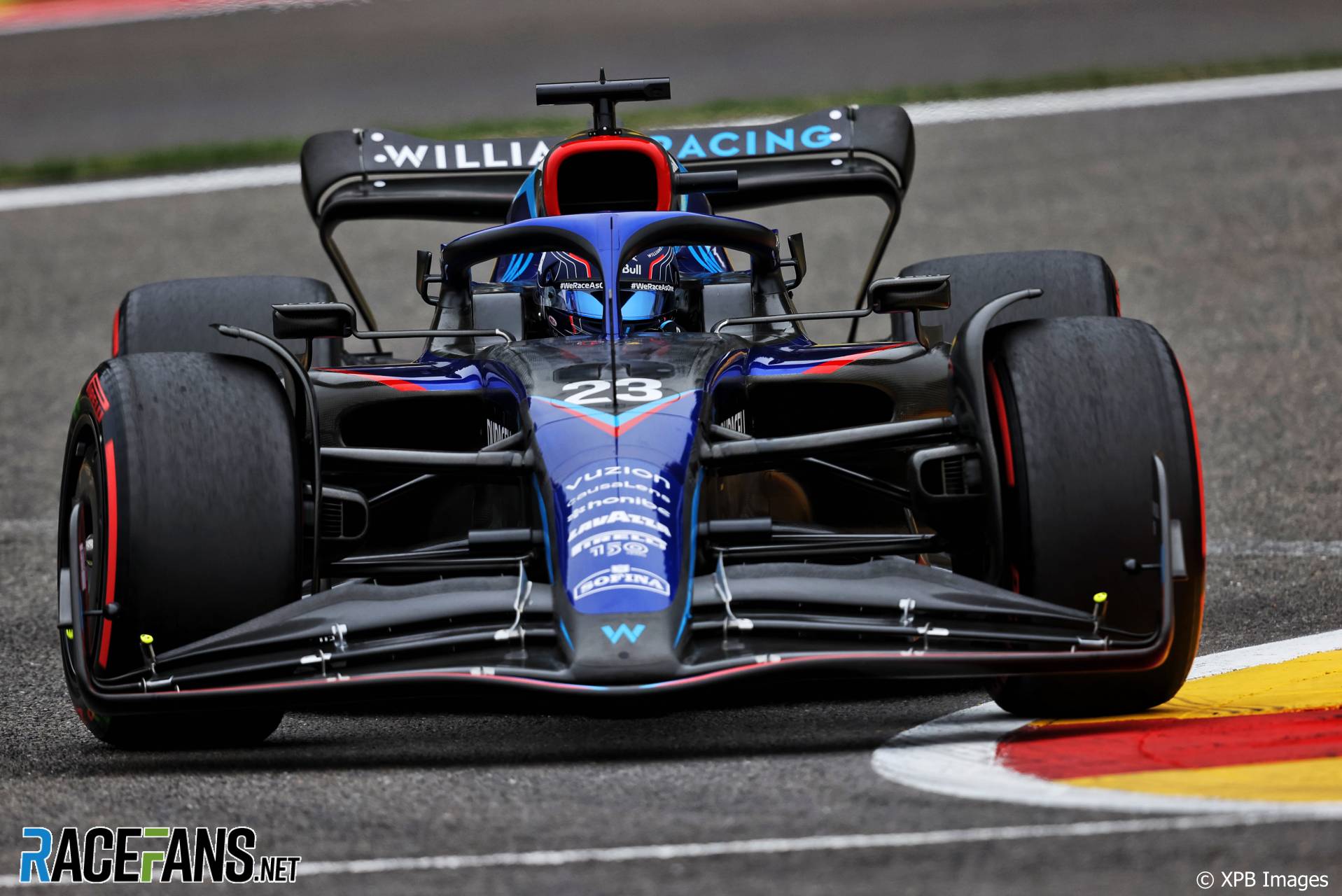 After qualifying ninth – and claiming sixth on the grid due to penalties – Alexander Albon says Williams are capitalising on the improvements they have made to their car.

Albon reached Q3 for the first time yesterday against his expectations and said he didn’t feel he could have gone much quicker.

“The car’s been feeling really good all weekend,” he told media including RaceFans. “We knew coming into this week that we tend to suit the low-downforce circuits. We knew this was a chance to get into Q2, but to get into Q3 in a different ball game.

“So I’m really proud of everyone. I felt like I maximised everything . We were really going great, we got the tyres in the right window, which has always been something very tricky with these cars, this year especially. We got the right slipstreams, everything was going in our way.”

While Albon admitted his qualifying position was flattered by the penalties other drivers have taken, he pointed out he took “P9 on pure pace” in Q3. “That’s not us getting lucky or others getting unlucky,” he said, “everyone seemed to have clean runs there.

“We were only a couple of tenths behind the Mercedes so it shows that in certain situations we can really maximise what we have and get into them positions.”

He said the team had made the most out of a circuit which suits its low-drag car. “We know our weaknesses of our car, this track hides them a little bit more than other circuits. We know next week it’s not going to be as smiley as this week.

“But it gives us motivation and it shows that we’re going the right way. If you look at where we were from Bahrain and see how we’re just tracking along we are making improvements and that’s what we need.

“We’ve got a new package and we’re still learning from this. Even, let me tell you, from yesterday to today, we’ve made a really good step forward, we’ve understood the car well from the two days so it’s going in the right place.”

Albon was hesitant to forecast their potential for the race as he’s qualified ahead of many cars they would normally start behind. He doesn’t expect to finish ahead of the likes of Max Verstappen and Charles Leclerc, despite them starting on the eighth row.

“It’s a little bit unpredictable because no one’s really done a proper race run this weekend with the weather,” he said. “Normally our race pace is a little bit stronger than our [qualifying]. I’m not sure starting P6 that will be the case.

“We’ve got to focus on ourselves. This circuit’s not like Monaco or Zandvoort, if you’re quicker you tend to be able to get past the car in front. So we need to bear that in mind.

“We do have a slippery car which is also going to help us to try and stay in front but it’s going to be a battle. When you look at people like Max and Charles, they’re going to be past everyone in lap five or so.”