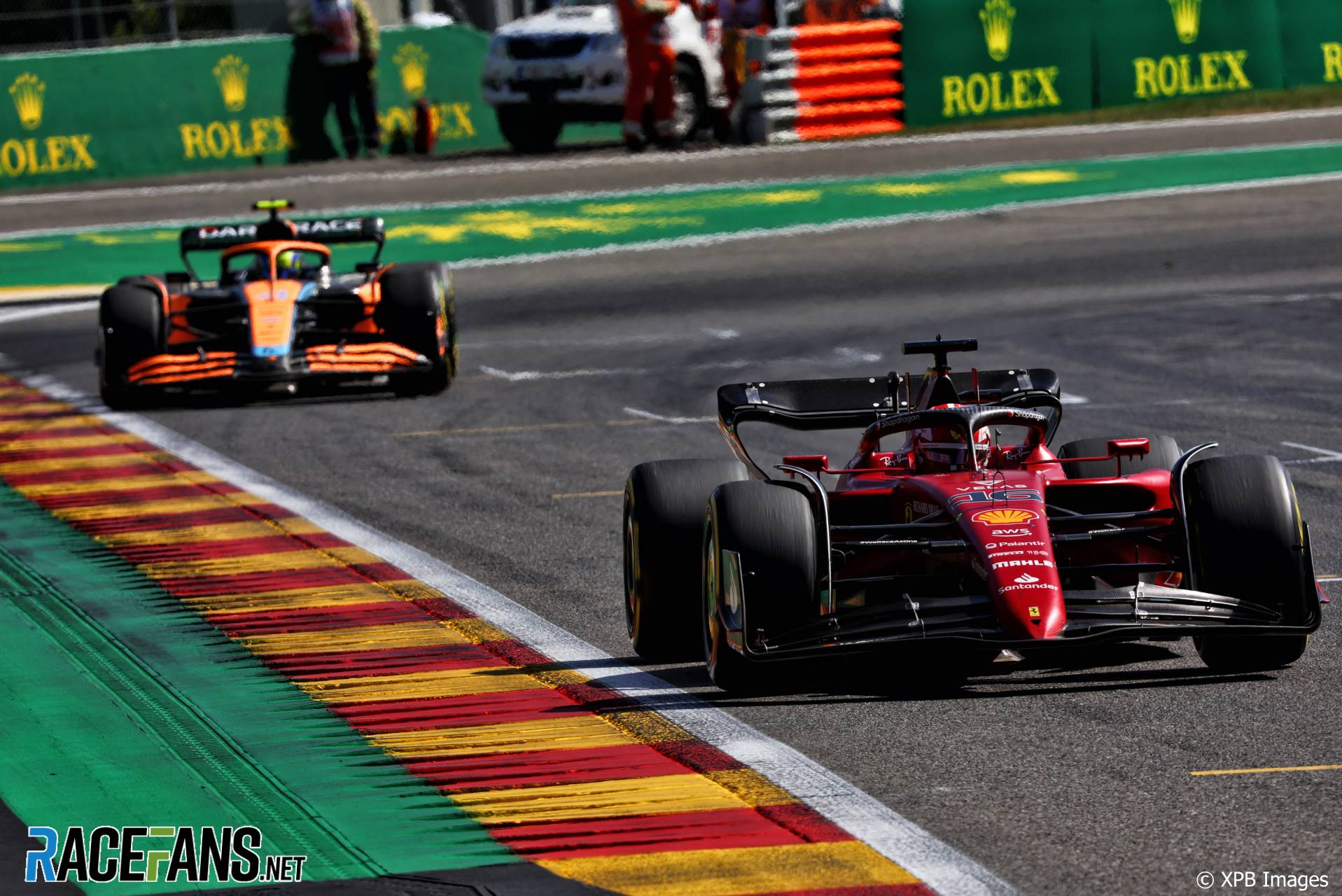 Charles Leclerc took responsibility for the five-second time penalty which dropped him from fifth place to sixth at the end of the Belgian Grand Prix.

The Ferrari driver was penalised for speeding in the pit lane when he came in at the end of the race to fit a fresh set of tyres. This was done in order to give him a chance of taking the bonus point for the fastest lap of the race.

Leclerc resisted the call initially, telling his team: “I will not risk it this time. But [it’s] up to you if you really want to try it, but I would not risk it.”

Ferrari called him in, but Leclerc broke the pit lane speed limit by 1kph when he pitted. Despite that, he also rejoined so close to Fernando Alonso that he was immediately passed by the Alpine driver, despite being told he should be a second ahead of him when he rejoined before pitting. Leclerc took the place back, but was unable to set the fastest lap, and then lost the position to Alonso when he was penalised.

However, Leclerc accepted responsibility for the speeding penalty. “No, the penalty is my fault,” he said. “So nothing to do with the team.”

“We spoke about it during the race,” he added. “You heard about the call and in the end we decided to stop. So it’s like this.”

Leclerc lost ground early in the race when he had to pit in order for a visor tear-off to be removed from a brake duct. “This put us quite a bit on the back foot and we’ve paid the price by quite a bit, but it’s like this,” he said.

Ferrari’s tactical decisions have faced criticism at times during 2022. Several radio messages of their discussions over Leclerc’s strategy were broadcast during the race, some of which appeared to go into more detail than usual about their tyre preferences.

However Leclerc said the team had followed their normal procedures and not risked disclosing too much information to rivals. “I think we’ve always done that,” he said. “This time we were a bit clearer because we were in a bit in no man’s land and nobody was fighting with us. So we had more freedom to speak about it.”

19 comments on “Leclerc says post-race penalty is ‘my fault, nothing to do with the team’”