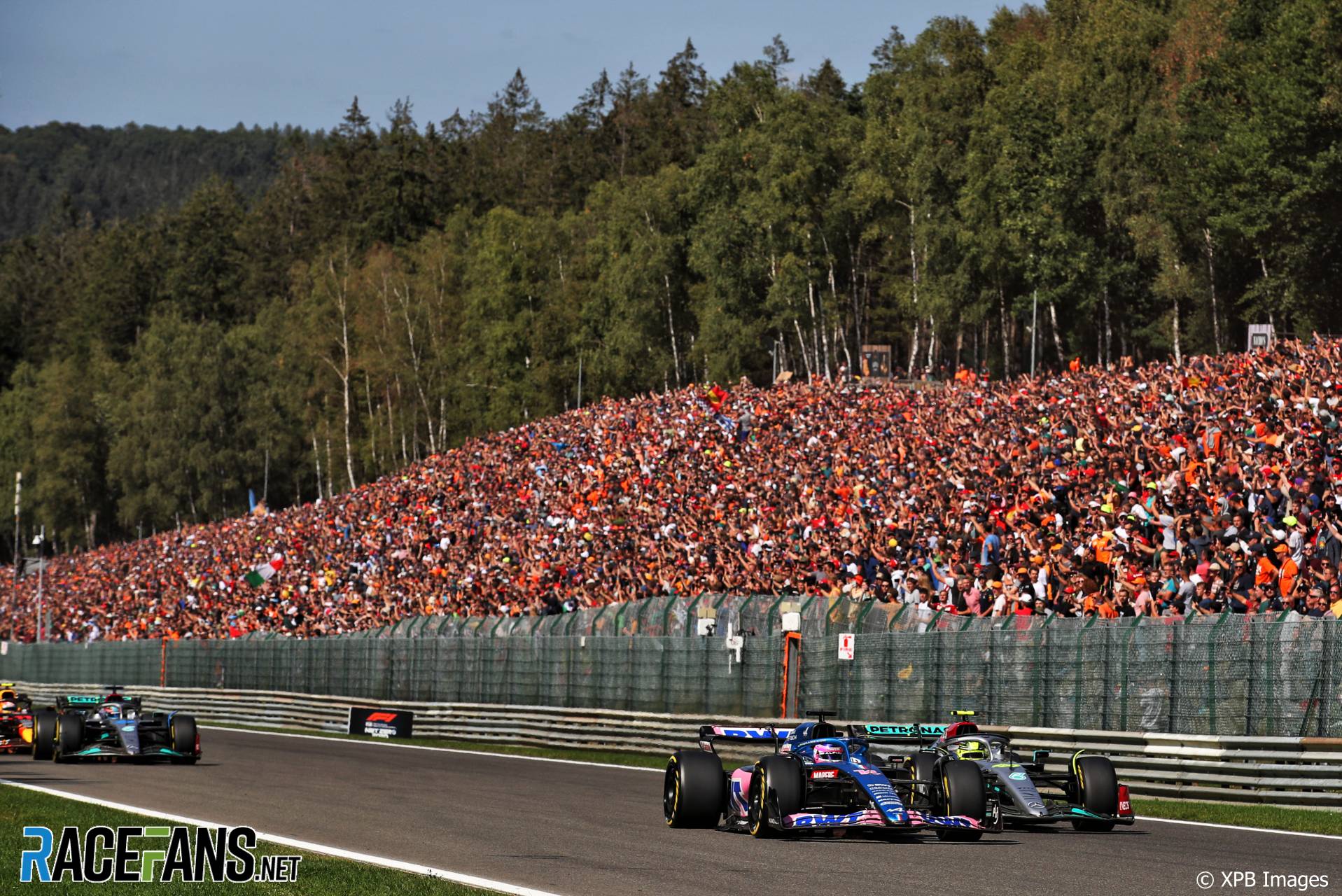 The stewards took no action against Lewis Hamilton for his collision on the opening lap with Fernando Alonso after ruling it was a “first-lap incident.”

The Mercedes and Alpine pair tangled at Les Combes moments after the start. The pair shared the second row of the grid and immediately got ahead of Sergio Perez.

As they reached the Kemmel straight Hamilton drew alongside Alonso on the outside. He was ahead of the Alpine as they turned in to Les Combes, but although Alonso reached the inside of the corner the pair made contact.

Hamilton’s car was launched into the air and landed heavily. Both continued, but Hamilton reported he had “damage somewhere” and was told to stop due to a loss of water pressure. “I’m so sorry guys,” he said before getting out.

Alonso, who was able to continue, fumed at his rival on the radio. “What an idiot,” he said. “Closed the door from the outside. I mean, we had a mega start but this guy only knows how to drive starting first.”

However the stewards ruled neither driver was responsible for the collision. After reviewing video footage of the collision they deemed it typical of the kind of incident which can happen on the first lap of a race.

“Alonso was on the inside at turn five,” the stewards noted. “Hamilton’s front wheels were ahead of Alonso’s at the entry to the corner. Alonso moved his car off-line to the inside with both right side tyres fully on the kerb and even somewhat inside the kerb.

“At no point did Alonso appear to lose control or understeer. Hamilton turned into towards the apex of the corner with Alonso still along side and the collision occurred.

“The stewards considered that this was a first lap incident with a lot of movement relative to other cars in the first few corners, and thus take no further action.”