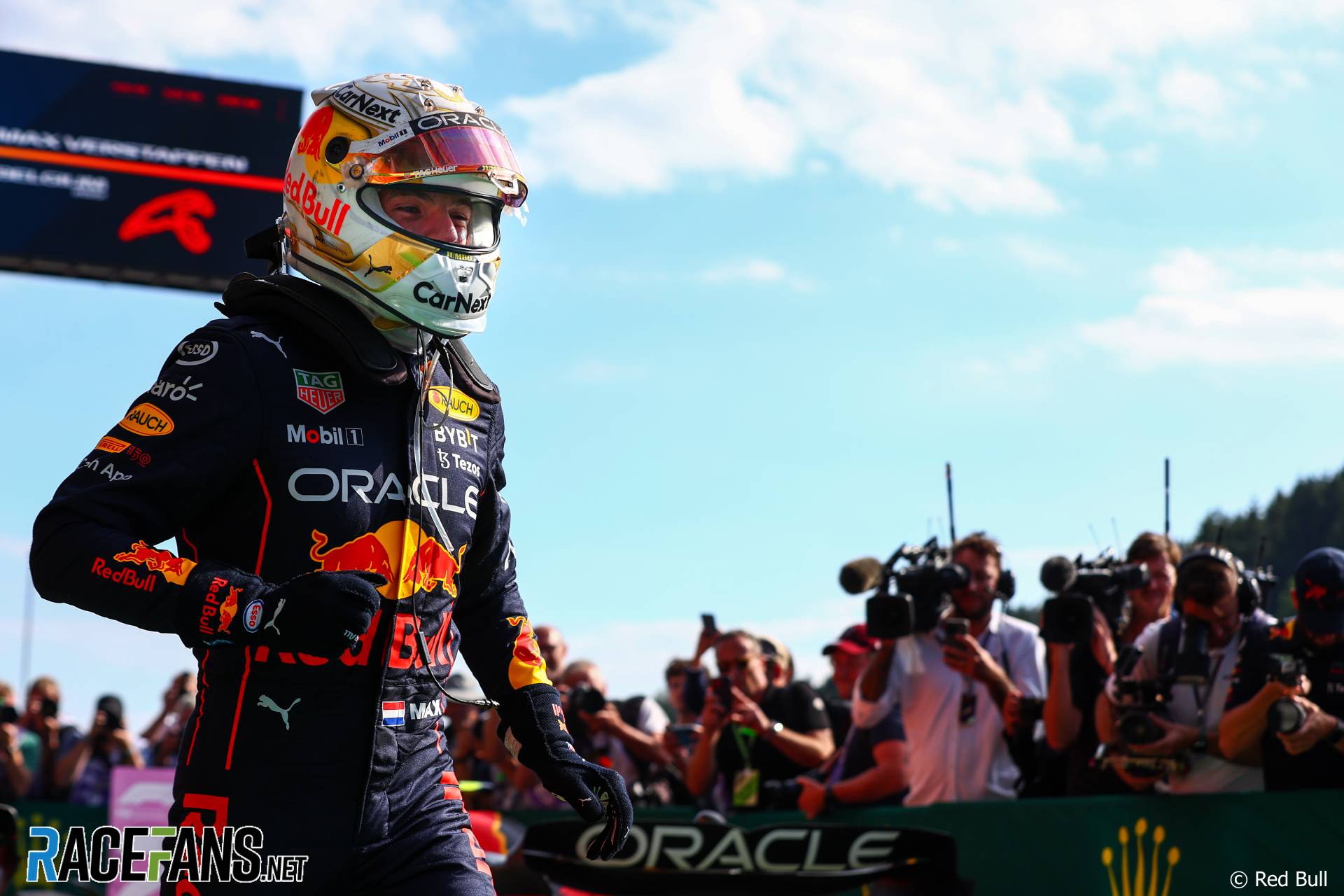 Max Verstappen described his Belgian Grand Prix weekend as one he “couldn’t imagine before” after winning from fourteenth on the grid.

Verstappen had been the fastest driver by more than six-tenths of a second during qualifying and Carlos Sainz‘s fears that his race pace would be just as strong were proven right as the Red Bull driver’s grid penalty did nothing to halt his victory at Spa-Francorchamps.

Starting the race in fourteenth, Verstappen said he had tried to avoid contact during a frantic opening lap.

“It was quite a hectic first lap to try to stay out of trouble,” said Verstappen. “So many things were happening in front of me but once we settled in after the Safety Car, the car was really on rails.”

The Red Bull quickly moved up through the field as the race resumed, eventually catching up to team mate Sergio Perez in third.

“We picked the right places to pass people and we could look after our tyres and that’s how we made our way forward,” Verstappen explained. “After that, once we were in the lead it was all about managing everything. But this whole weekend has been incredible.”

Team mate Sergio Perez, who had started in second, was unable to match Verstappen’s pace.

“I really hoped for more today as it was a good opportunity but Max was just flying,” said Perez, who finished where he started but with the Red Bull rather than the Ferrari ahead of him. “He was on another planet and he was untouchable.”

Verstappen’s domination, taking fastest lap as well as the win, saw him finish 17.8 seconds ahead of Perez, and more than 26 seconds ahead of third-place Sainz, despite starting so far down the grid.

“It’s been a weekend I couldn’t imagine before,” Verstappen reflected. “But I think we want more of them so we keep on working hard.”

Perez admitted that his own race had not been as easy, despite the strength of the Red Bull package. “Especially the first stint was quite poor, rear temps and degradation but it still is a very strong result for the team and I think we managed to get a lot of points today, which is important.”