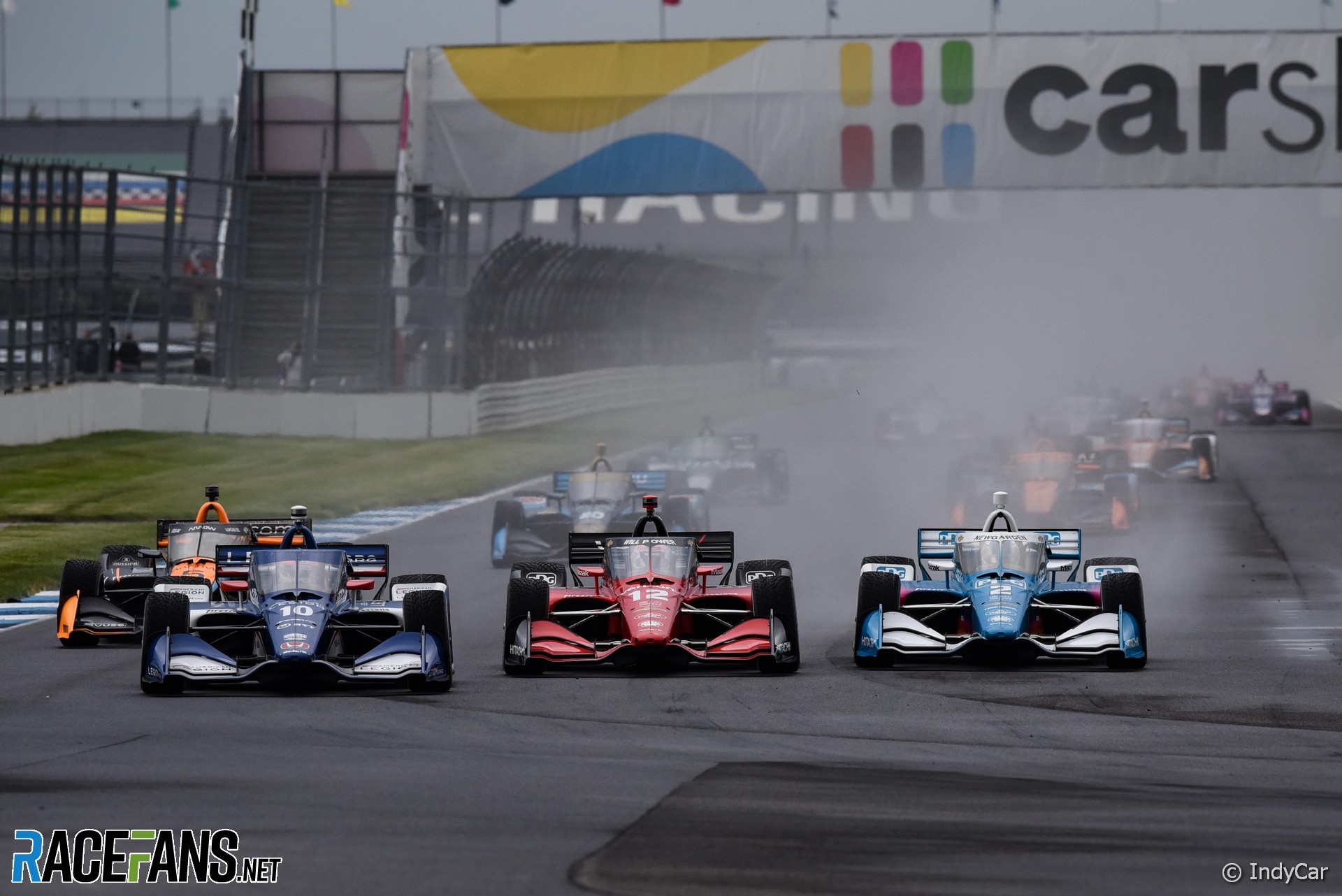 Since the reunification of major, American open-wheel racing in 2008, there has never been a scenario where the IndyCar Series championship has been clinched before the final race of the season.

Sebastien Bourdais was the last driver to do it pre-split in ’07, while the much-missed Dan Wheldon was the last to do it in the current IndyCar series two years before that.

That run of consecutive title-deciding season finales is as good as guaranteed to continue this season. There are still two races left to run over the upcoming two weekends, but it would take a bizarre set of circumstances for current championship leader Will Power to clinch the title at Portland International Raceway this Sunday.

Power leads his Penske team mate Josef Newgarden by three points, while Chip Ganassi Racing drivers Scott Dixon and Marcus Ericsson are within 14 and 17 points of Power respectively in a series which awards 50 points to the winner. After Portland, the championship will be decided at Laguna Seca Raceway on 18 September, and any of these four drivers have a strong chance of lifting the Astor Challenge Cup as the 2022 IndyCar champion.

There are still seven drivers mathematically eligible for the IndyCar title. But there is a clear gap between the top four drivers and the next three, comprising reigning IndyCar champion Álex Palou, Scott McLaughlin, and Pato O’Ward.

It’s not impossible for Palou to overcome his current deficit of 43 points to Power and win back-to-back series titles, but it is very unlikely. Palou’s consistency – five podiums, and ten top-10 finishes – is a trait that’s kept him within reach of the title, despite the fact that he’s not won a race all season.

But he’s the defending Portland winner, and followed that up in 2021 by finishing second to Colton Herta at Laguna Seca. He needs to replicate those results – at minimum – to have an outside shot at winning his second championship in IndyCar, and that alone likely won’t be enough.

On the other hand, if Palou can’t overhaul Power, Newgarden, Dixon and Ericsson over the final two races, it’ll make whatever potentially grim outcome that results from his ongoing court case with Ganassi feel a little less awkward, if he’s left without a ride – in F1 or IndyCar – in 2023.

There’s no shame in McLaughlin falling just short of championship contention, as he’s improved considerably from his first to second full season in IndyCar. He’s developed into a driver who can realistically contend for championships in the near future, and ahead of the two permanent circuits which will settle the championship he already has a road course win this season at Mid-Ohio.

But with a 54-point deficit he is an outside bet for the title. The month of May at Indy didn’t pan out the way he’d hoped, and it damaged his title prospects after the opening rounds.

Likewise, O’Ward and McLaren SP increasingly look ready to disrupt IndyCar’s Ganassi-Penske-Andretti triopoly, with multiple wins including one at Barber Motorsports Park. Outside of that victory at Barber, O’Ward’s road course record in 2022 has been blighted by back-to-back technical failures at Road America and Mid-Ohio. After crashing out on the streets of Nashville, it’s somewhat of a surprise that O’Ward is only 58 points back with two races left.

The last time any driver has come back from a points deficit this big with two races left was Dixon in 2015, but none of these drivers will have the benefit of a double points finale the way that Dixon did seven years ago.

Dixon has been a marvel of consistency all season long, and only since the summer break have observers really taken notice. The only time he’s finished outside the top 10 all season was when he threw away an Indy 500 victory by speeding in the pits – a costly championship error at the only race which pays double.

Were it not for that, Dixon could be heading into Portland with a chance to clinch his record-equalling seventh title. Dixon would no doubt gladly trade one of these IndyCar championships for a second likeness engraved on the Borg-Warner Trophy, but at the end of the day, trophies are trophies – and he put himself right back in the championship conversation with victories on the streets of Toronto and Nashville.

When it comes to championship reversals, three of Dixon’s six titles have been won after trailing with two races left in the season – not only the double-points finale 2015 season, but also in 2003 and 2013.

Of the “big four” title contenders, Ericsson is the only one who hasn’t already won an IndyCar title. He’s also the one driver whose late-season form might be the weakest.

It’s not that he’s been poor since his breakthrough Indy 500 victory and the huge windfall of championship points that came with it. Ericsson is a steady top 10 finisher, and that’s kept him near the top of the table. But after finishing second at Road America, he’s not returned to the podium since (a technical problem during qualifying for the recent road course event at Indianapolis didn’t help) – and with Dixon, Newgarden, and Power’s form, that hasn’t been good enough to keep him ahead in the standings.

Newgarden, frankly, has been unbeatable when on form. No other driver has won this many races in a season since Simon Pagenaud in 2016, and no other driver on the grid has led as many laps this season. And there’s always the potential for Newgarden to add more wins in these last two races.

Since the Indy 500, the only blemish on his racing record has been an unexplained crash while leading in the second race of the double-header at Iowa Speedway. If not for that, he would have cruised to a weekend sweep.

One of his five wins this year has come on a permanent road course, at Road America. He’s already clinched a championship at Laguna Seca in 2019, but he’s yet to finish on the podium either there or at Portland (though he did clinch his first title with a second-place finish at Sonoma Raceway in 2017).

All that remains to be seen is whether Power, who previously overcame the stigma of being IndyCar’s perennial “nearly-man” by winning his first crown in 2014, can complete another successful reinvention of himself in 2022. No one has more podium finishes or poles than Power. After being cast away as a driver whose championship years were over, he’s been leading the points ever since the Brickyard Grand Prix at Indy.

While he’s only won one race all season, at Detroit, he’s also finished every lap of every race, even in his worst outings like Toronto, Road America, and the Indy 500. Power is the only other title-contending driver who’s won at Portland, and he finished second in his first trip to Laguna Seca in 2019.

It’s a matter of when, not if, he wins his record-setting 68th pole position. And if it comes at either of these last two venues, he will be in a strong position, as Portland and Laguna Seca are among the trickier IndyCar courses to overtake on.

One would be hard pressed to find an unworthy champion among these four prime championship candidates, or even the three long shots. It would be a disappointment if these last two races delivered anything less than a memorable finish to the 2022 season.