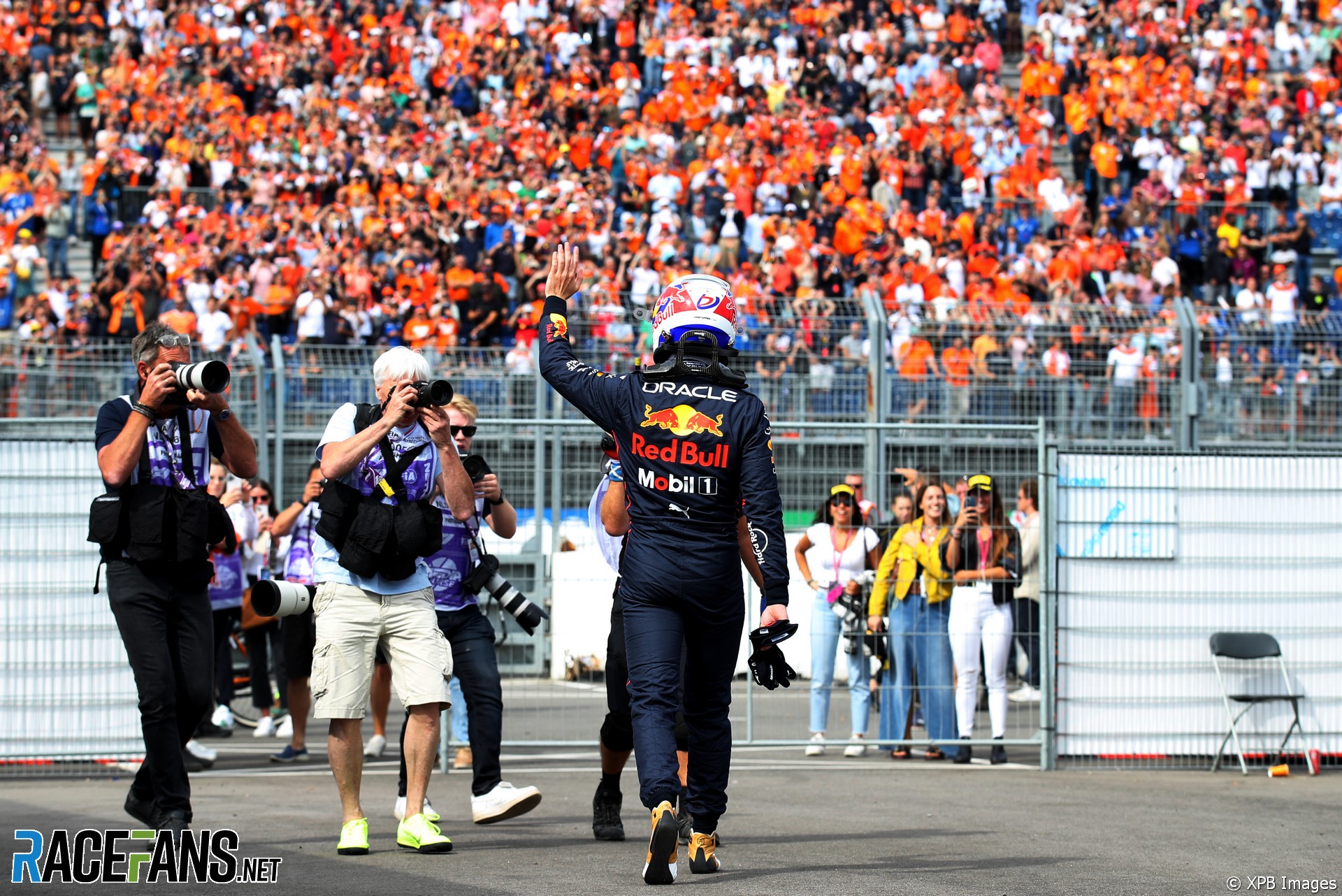 The world championship leader completed only six laps before grinding to a halt with a suspected gearbox problem in his RB18. His Red Bull team had made modifications to his gearbox ahead of the session, swapping the main shaft locking insert.

Russell was a quarter of a second quicker than team mate Hamilton with Carlos Sainz Jnr third-fastest for Ferrari.

It was a warm and clear start to the weekend, with air temperature 22C and track temperature just under 30 degrees around the seaside circuit as the opening session began. Most drivers took to the circuit on hard tyres, with Daniel Ricciardo setting the early pace with a 1’15.263 in his McLaren.

Just 10 minutes into the session, Verstappen went quickest with a 1’14.714, but suddenly lost drive exiting turn one, reporting a problem with his gearbox. The Red Bull rounded the banked corner of turn three and then stopped at turn four, bringing out the red flags and signalling the end of the championship leader’s practice session.

Mick Schumacher attempted to get away from the Haas pit box at the end of the pit lane and broke across the pit exit line when the red light appeared. However, the stewards chose not to investigate Schumacher further for exiting on track under a red flag after reviewing the replay.

When the session resumed shortly after, it was already time for teams to switch over to the soft tyres. Fernando Alonso immediately went quickest with the first lap on the soft tyres on a 1’13.635, which was later beaten by Norris by seventh tenths of a second.

Sainz then set the fastest time on his first effort on the softs, just under a tenth of a second quicker than the McLaren driver. Norris’s team mate Ricciardo jumped to third in the second McLaren, before having a trip across the gravel at turn 11 after a mistake under braking. Sergio Perez also ran wide, at the exit of turn nine, taking onto the grass an only just avoiding the barrier on the outside.

With under 15 minutes of the session remaining, Russell put his Mercedes on top of the times with a 1’12.455 on the softs, almost four tenths quicker than Sainz’s previous best time. Hamilton joined him by setting the second quickest time to move ahead of Sainz, almost a quarter of a second slower than Russell.

The Nercedes driver’s benchmark lasted until the chequered flag, seeing him end the session quickest ahead of Hamilton with Sainz third. The two McLarens of Norris and Ricciardo were fourth and fifth fastest, ahead of Charles Leclerc, Perez and the two Alpines of Alonso and Esteban Ocon. Alexander Albon completed the top 10 in his Williams.