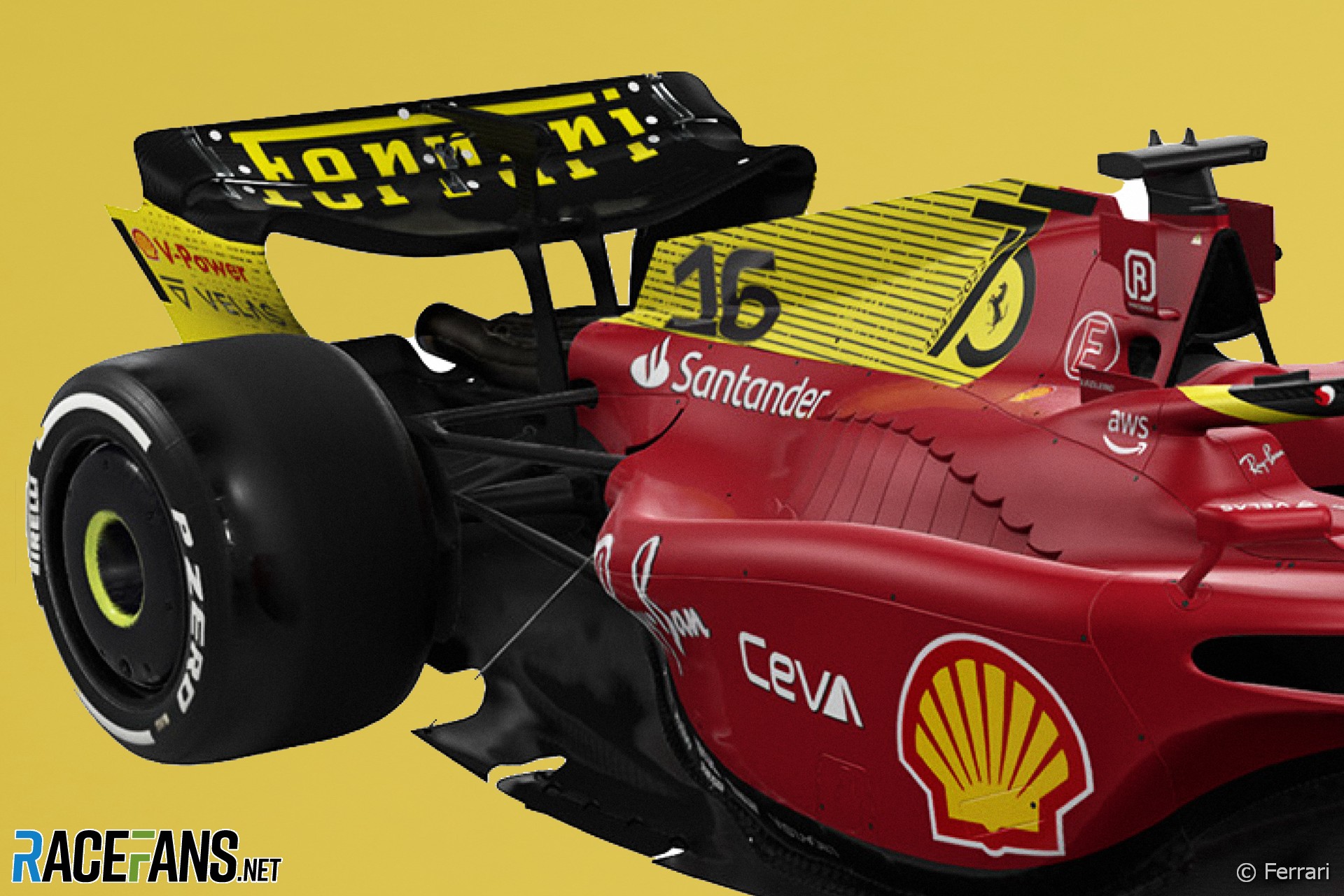 Ferrari have modified their car’s livery for their home race this weekend, adding yellow highlights and the manufacturer’s classic logo.

The ‘F lunga’ Ferrari logo will appear in yellow across the rear wing of the F1-75s. Other aspects of the car’s livery have also been tweaked.

Yellow flashes have been added to the front wing, car numbers, halo, engine cover and rear wing endplates. The team says the changes are being made for this race only to mark the 100th anniversary Monza circuit, which opened in 1922.

Ferrari team principal Matiia Binotto said the track, which has held every world championship Italian Grand Prix with only one exception since 1950, is “an iconic motorsport venue”.

“The Italian Grand Prix is special for all Italian teams, particularly so for us and I believe it is also for Formula 1 in general.”

The team hopes to deliver the first victory for its home supporters since Charles Leclerc won the race three years ago.

“One of the reasons all the teams like coming here is the fans. The Tifosi are demanding and knowledgeable. They can also be wild and, personally, I will never forget witnessing the track invasion from the pit wall after Charles won here in 2019. They give you all their love, they support you even when things aren’t going your way and so they push you to do better and better.

“Seeing them rush to stand under the podium is a really special emotion and this weekend, we will be doing our utmost to give them the result they want.”