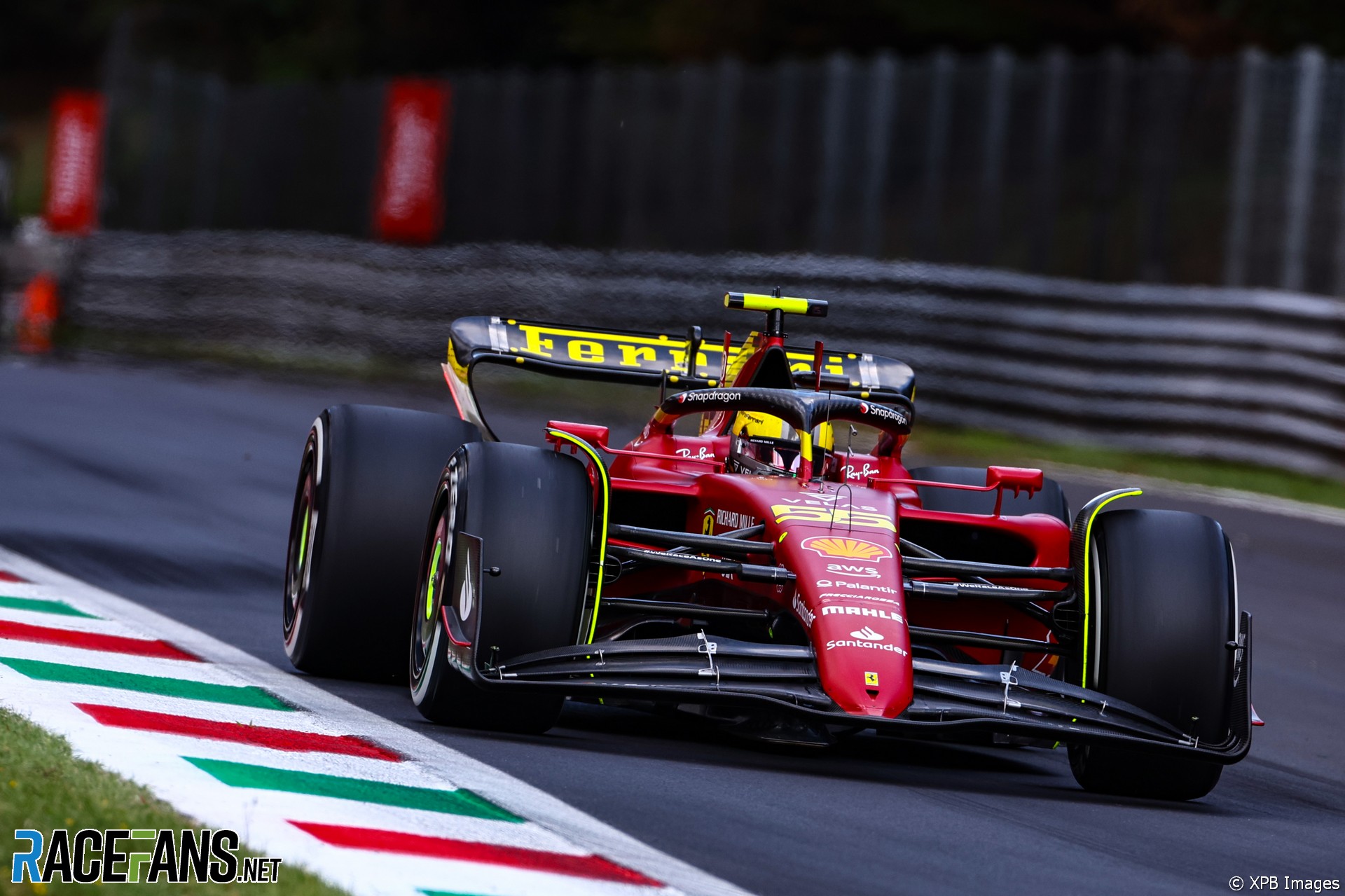 Carlos Sainz Jnr ended Friday as the quickest driver ahead of Max Verstappen in the second practice session for the Italian Grand Prix at Monza.

Sainz’s best time of a 1’21.664 saw him set the quickest time in the final Friday session, 0.143s ahead of Verstappen’s Red Bull. Charles Leclerc was third fastest for Ferrari, exactly half a second slower than Verstappen.

It was another sunny and warm weekend with the risk of rain for Friday having failed to materialise over the Monza circuit. Having handed over their seats to Antonio Giovinazzi and Nyck de Vries respectively in the first session, Mick Schumacher and Sebastian Vettel took back their cars for the second hour of Friday practice.

The two Red Bulls of Verstappen and Sergio Perez quickly headed out onto the track on the medium compound tyres, with Verstappen setting the early pace with a 1’23.021. Sainz split the two Red Bulls at the top of the times a tenth behind Verstappen, until Leclerc jumped to the very top on his first effort with a 1’22.307.

The hardest braking zone of the season, the stop from the main straight to the Rettifilo chicane, caught out both Schumacher and Sainz, who both had to take to the escape road after running wide. Not long after, Valtteri Bottas joined the club by making the exact same error and running wide over the run off before returning to the pit lane.

Verstappen moved ahead of Leclerc to the top of the times with an improvement in the Red Bull, but was only 0.004s faster than the Ferrari driver. Leclerc’s effort to take back the top spot was ruined at the Roggia chicane when he carried too much speed into the turn and missed the second apex of the right hander.

The track fell quiet after 20 minutes of running and the Haas team made the most of the clear track to rehearse a qualifying run with Kevin Magnussen giving his younger team mate Schumacher a tow. However, they were soon joined by a whole gaggle of cars, including Lando Norris, who moved into third place on soft tyres in the McLaren, less than a tenth off Verstappen’s best time.

The yellow flags came out when Schumacher pulled off to the side of the track on the exit of the Roggia chicane, his Ferrari power unit appearing to cut out suddenly as he navigated the corner. With the Haas needing to be cleared, the red flags were flown and the session was temporarily suspended. Just before the interruption, Verstappen managed to improve on his own best time and put in a 1’21.807 on the soft tyres.

Practice resumed with around 25 minutes remaining. It did not take long for Sainz to move into the top of the times with a 1’21.664, just under a tenth-and-a-half quicker than Verstappen’s best time prior to the red flag.

For the final 20 minutes of the session, teams focused on longer runs rather than single lap pace. Bottas ran onto the gravel at the first Lesmo but continued, while Yuki Tsunoda was placed under investigation by the stewards for allegedly failing to slow under yellow flags.