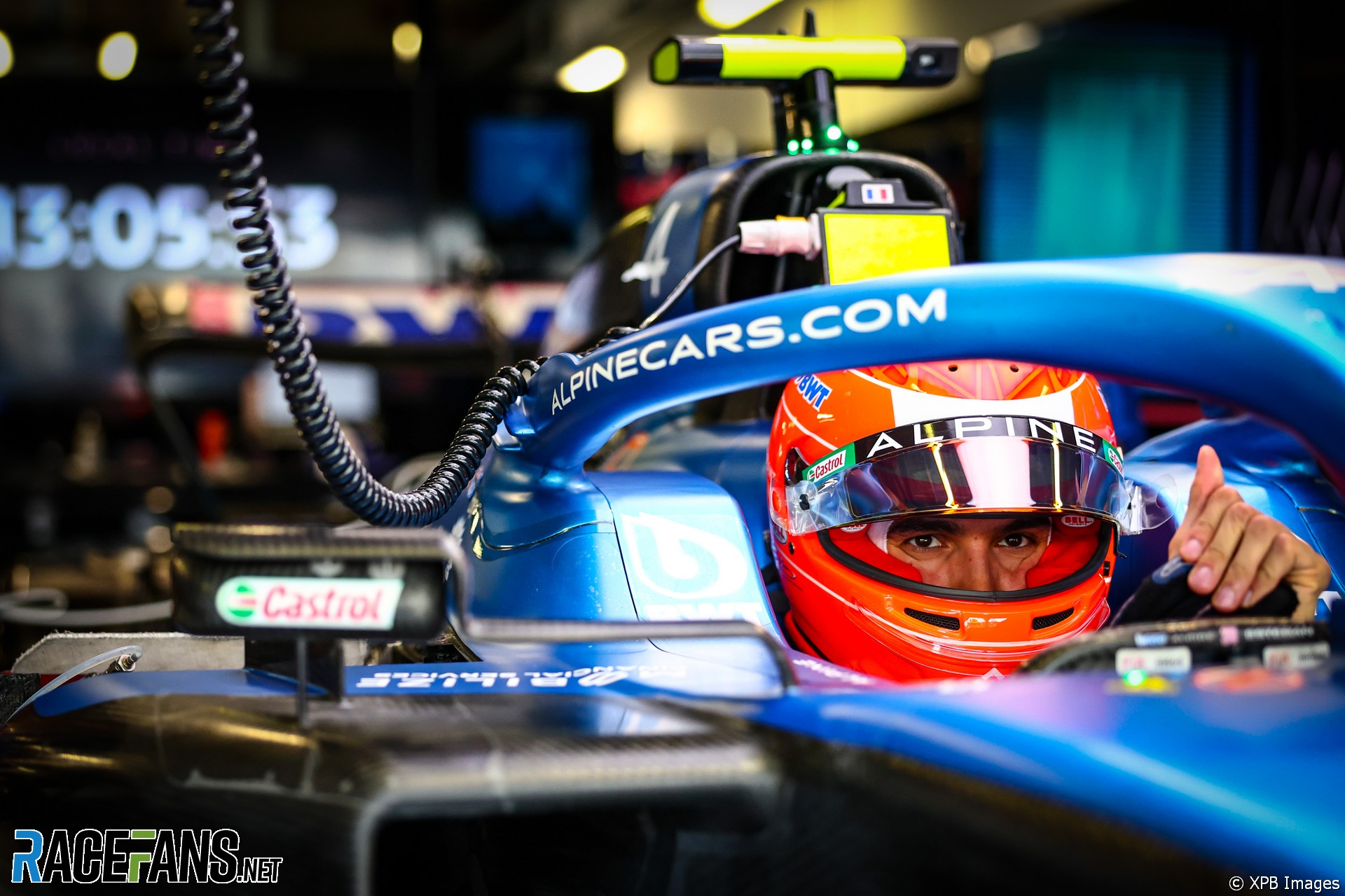 The FIA has confirmed three more drivers have exceeded their maximum allocation of power unit parts this weekend, meaning they will take grid penalties.

Six drivers were already due to move back places on the grid for tomorrow’s race after parts were changed on their cars yesterday: Lewis Hamilton, Max Verstappen, Sergio Perez, Carlos Sainz Jnr, Valtteri Bottas and Yuki Tsunoda.

They have been joined by Esteban Ocon and Haas team mates Kevin Magnussen and Mick Schumacher. The Alpine driver will take a new engine only, meaning he incurs a five-place grid penalty.

Of the Haas pair, Schumacher has also only taken a new engine, meaning a five-place penalty. However Haas have also changed his gearbox, exceeding his allocation, increasing his penalty to a total of 15 places. His team mate Magnussen will lose the same number of positions after Haas changed his engine plus turbocharger and MGU-H.

Ferrari have fitted a complete fresh power unit to Carlos Sainz Jnr’s car, but as he had already incurred enough penalties to start at the back of the grid it makes no difference to his starting position.

Another Ferrari engine user, Zhou Guanyu, has had a new exhaust fitted to his car, but this remains within his allocation and he will not take a penalty.

Among the previously announced penalty takers, Hamilton and Tsunoda will drop to the back of the grid with Sainz, Bottas will move back 15 places, Perez 10 places and Verstappen five.