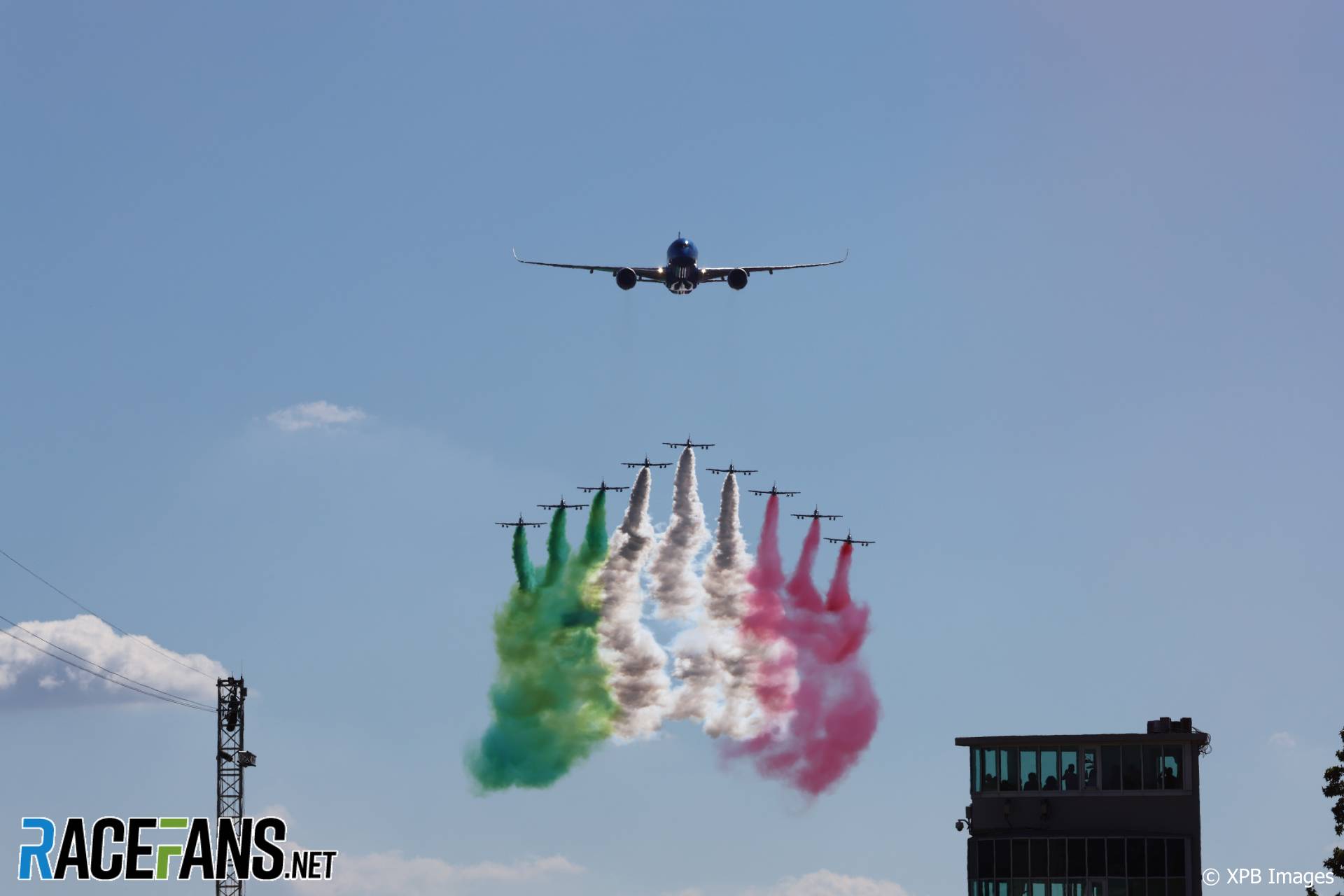 Sebastian Vettel says Formula 1 gave in to the demands of Italy’s president and allowed an aeroplane fly-by before its race having previously said it would stop allowing them.

“I heard the president of Italy was insisting to have the fly-by,” said Vettel. “I mean, he’s about 100 years old, so maybe it’s difficult for him to let go of these kind of ego things.”

F1 has announced it intends to reduce its carbon emissions to net zero by 2030. Allowing fly-bys contradicts that goal, said Vettel.

“The fly-bys, we were promised that they are gone and it seems that the president just has to change his mind and F1 gives in despite the boards around the track about certain goals when it comes to making the world a better place,” he said.

“If you have a goal then you shouldn’t do like all the countries and just neglect the fact that you won’t achieve it,” Vettel added. “You should stick to the word you put out. But time will tell.”

Vettel, who will retire from F1 at the end of this year, dropped out of his final Italian Grand Prix due to a battery problem on his car. He scored his first F1 victory in this race 14 years ago while driving for Toro Rosso, which is now AlphaTauri.

The Monza circuit celebrated its 100th anniversary this year. With several heritage F1 venues at risk of losing their races, Vettel said Monza “has to stay in the calendar.”

“It is a great circuit, a great atmosphere,” he added. “[But] I hope they stop doing the fly-bys.”