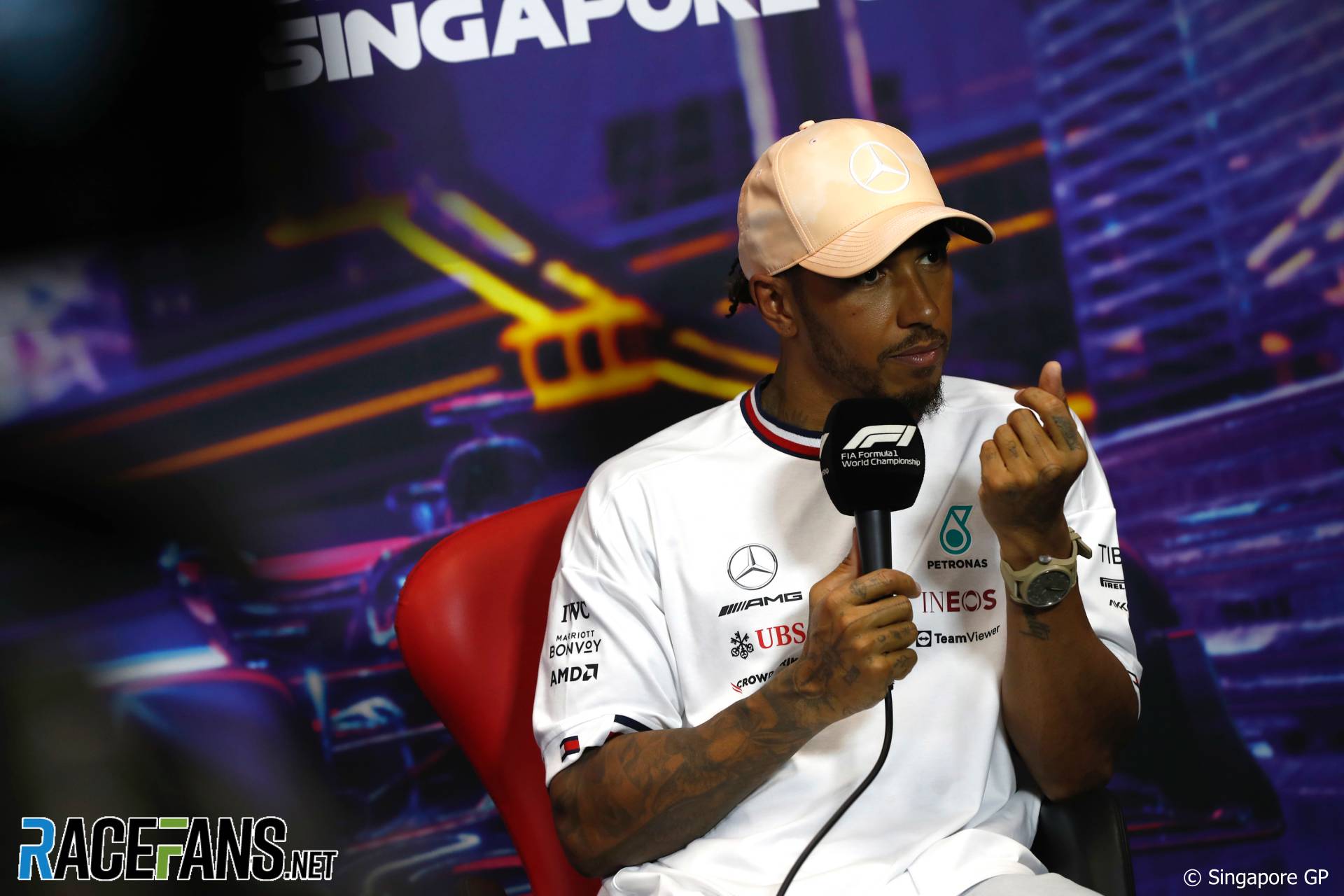 Lewis Hamilton denied he was trying to “make a statement” by wearing an item of jewellery during this weekend’s Singapore Grand Prix, which prompted a stewards’ investigation.

The FIA has taken a tougher stance on drivers wearing items of jewellery since early in the season. From the fifth round in Miami teams have been required to complete a scrutineering declaration which affirms their drivers will adhere to “article five concerning the wearing of jewellery.”

Hamilton was cleared by stewards after they accepted a doctor’s note he submitted giving a reason for his nose stud to be in place. He explained he wore the stud again this weekend due to problems with his nose following the removal of a permanent item of jewellery in order to comply with the FIA’s edict. He insisted he was “not trying to make a statement” of any kind by putting it back in.

Removing the fixed nose stud had caused medical complications, Hamilton explained. “Obviously I’ve had my jewellery and my nose stud for years,” said Hamilton, “and we had whole commotion at the beginning of the year.

“At the time [the nose ring] was like soldered in so it didn’t come loose. They gave me, at the time, for many races, an exemption until I could find a solution. I then went and got it taken out and tried to find a solution, and put it in and put it out. It got infected because of that.

“I was just continuing on with this infection and I had a blood blister and I was going on about it so just had quite a sore on my nose. This is all stuff I’ve told them before qualifying.

“Then I went back and had to have – disgustingly – the blood blister fixed because there was like pus and blood and stuff. And then I put this in and the last two weeks it started to heal and they’ve asked that I keep it in.”

He remains unimpressed by the FIA’s effort’s to clamp down on drivers wearing jewellery. “It’s crazy that we’re having to talk about something so small,” he said. “I take everything else out. At this point I don’t really care, to be honest.”

One reason drivers are forbidden from wearing metal jewellery during competitions is the risk of them melting onto their skin in the event of a fire. But Hamilton isn’t convinced by the need to remove jewellery for that reason.

“I was just saying to Charles [Leclerc] one of the excuses that I was given a long time ago was about heat and if you’re in a fire, metal conducts heat. But our zip is metal, our buckle around our helmet is metal, the wires that we have have metal in there. So it’s a little bit silly.

“Hopefully they’ll be sensible. The stewards should be there to keep us safe, most importantly, but this is not a safety issue.”