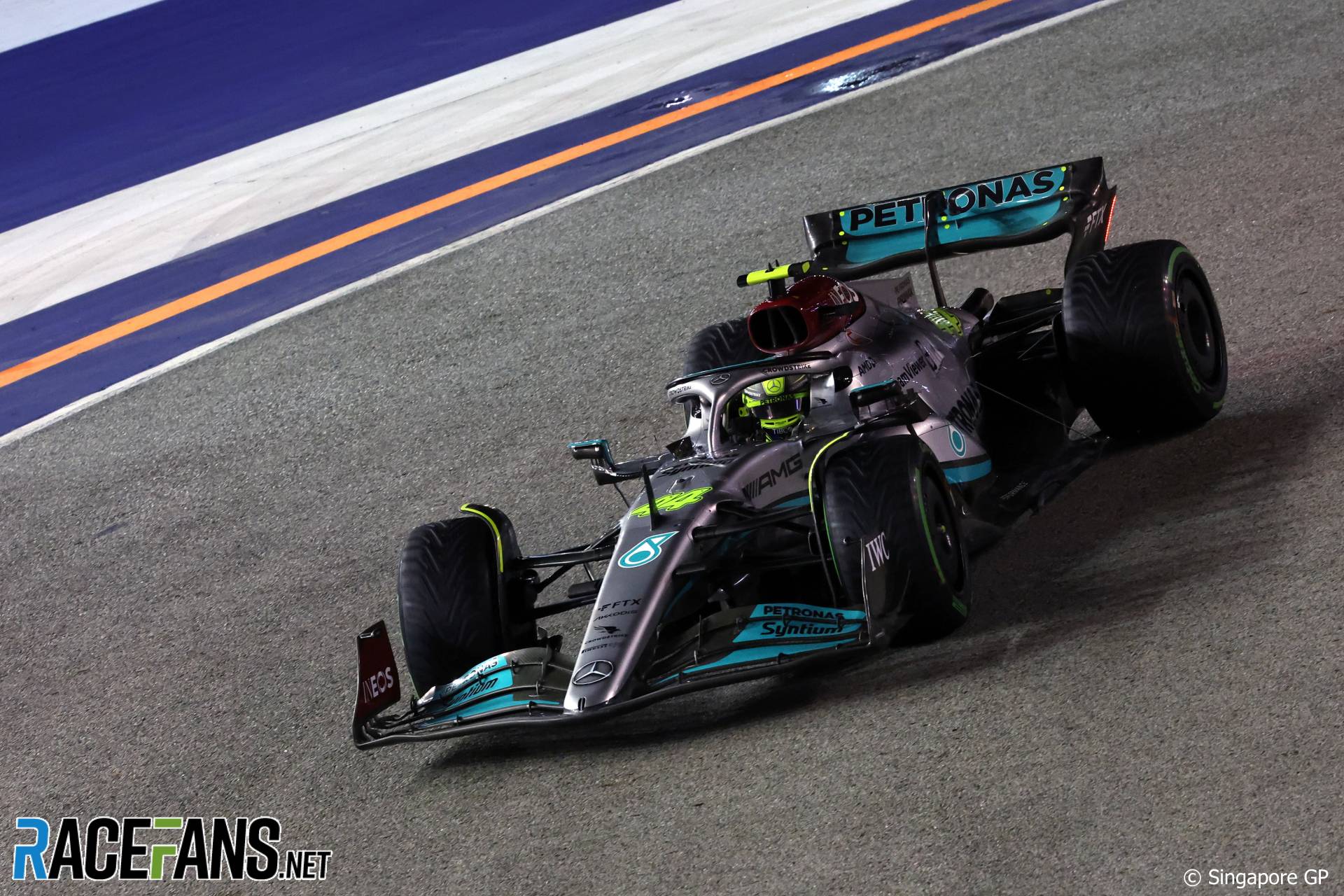 Lewis Hamilton said he finally felt able to fight for pole in qualifying for the Singapore Grand Prix as he secured his best starting position of the season.

The Mercedes driver claimed third on the grid for tomorrow’s race, just five hundredths of a second behind pole-winner Charles Leclerc at the end of a challenging qualifying session that began in the wet and gradually dried out over the three stages.

After judging Mercedes to be around a second a lap behind their rivals at the end of Friday’s practice, Hamilton said he was far happier with his car’s performance on Saturday.

“It was incredibly close and a really exciting session in general,” said Hamilton.

“The car felt a lot better today. We did a lot of great work overnight back at the factory, but also here. And a really clean qualifying session – obviously competing for the front row, constantly. I gave it everything and to be so close between the top three I think is still great.”

Hamilton has not taken a pole position since the 2021 Saudi Arabian Grand Prix. He admitted he began to feel like he had a genuine chance at taking pole during Saturday’s qualifying session.

“In that moment I was like ‘okay, it’s on, maybe this is our moment, maybe finally we have a chance to fight for the front row, fight for pole’. So I was giving it my all.”

Few drivers managed clean laps at the end of the session. Leclerc took pole despite an error on his final run.

“I think for all of us it was just very, very tricky conditions,” said Hamilton. “For them, it was turn 13. For me it was turn 16 that was a bit of a handful, I lost a bit of time there.

“But I still have to be grateful to be on the [second] row. We’ll see what we can do from here.”

Hamilton said he “had a bit of an oversteer moment and went a bit wide” in turn 16. “Then the rest of their sector just wasn’t that great. So a bit of time for sure was lost there, which is obviously frustrating.”

“It feels incredibly rewarding, I think, for everyone in the team,” he said. “We started with a real handful – a difficult deck of cards that we’ve created for ourselves and reshuffling and lots and lots of work. Everyone staying really positive, or as positive as possible, and everyone just being incredibly diligent and never giving up.

“It’s been an inspiring year for me witnessing what my team do and being a part of that. Also my fans have been the most incredible this year on and off track and we couldn’t have survived the year without them. So also want it for them.

“But I think we’ve got a great turnout here this weekend and I hope that we can give them a good show.”