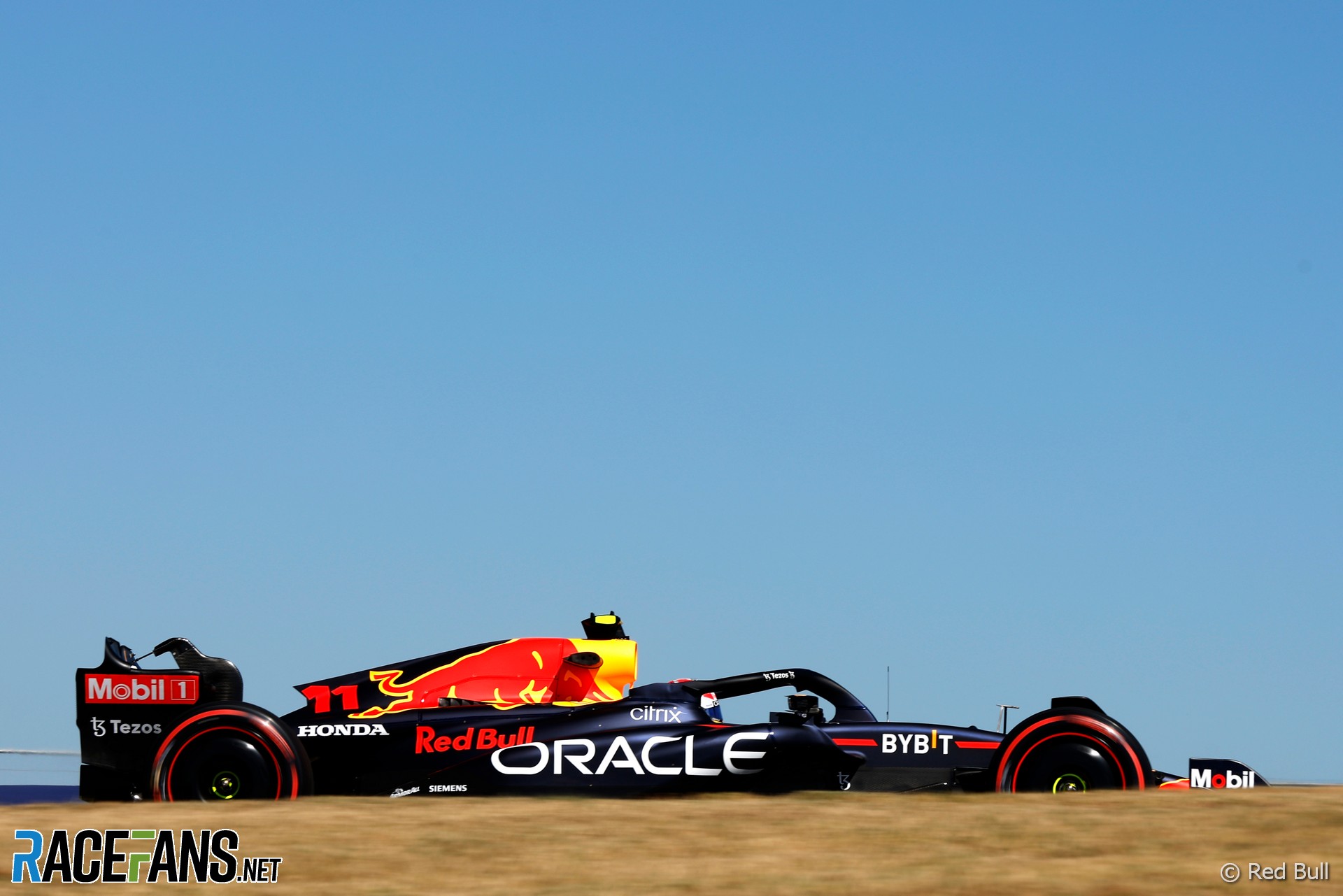 The FIA confirmed both drivers have taken their fifth new internal combustion engines for this weekend’s race. Both drivers will therefore take five-place grid penalties.

Perez and team mate Max Verstappen have also taken their seventh new exhausts of the season this weekend. Drivers are allowed to use a total of eight before incurring penalties.

The FIA has introduced new regulations defining how grid penalties are applied from this weekend’s race.

George Russell and Alexander Albon have both taken their fourth new sets of gearboxes and associated parts. They will incur penalties if they take further gearbox parts before the end of the season.