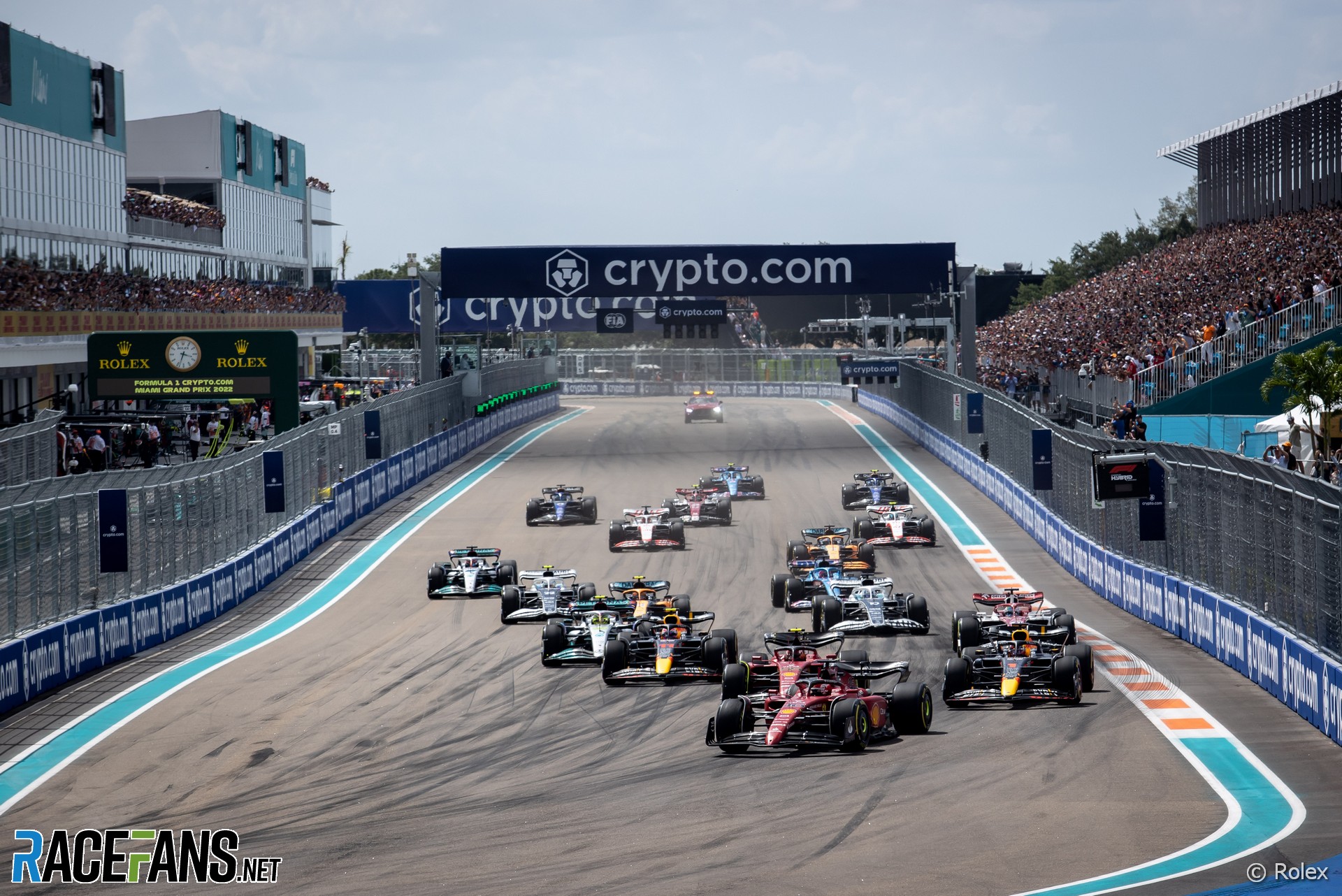 ESPN will continue to broadcast live Formula 1 in the United States after the broadcaster agreed a contract extension until the end of the 2025 season.

The new extension, announced at the Circuit of the Americas in Austin, Texas, will see ESPN continue to provide live coverage of each F1 world championship for the next three years. At least 16 races per season will also be broadcast on network partner ABC, an increase over the previous five seasons of F1’s deal with the cable sports channel.

F1’s streaming service F1TV will continue to be available to subscribers in the United States, with no exclusivity for ESPN under the terms of the new deal. “F1 TV is going to be the same as it’s always been in the US so that element doesn’t change,” said ESPN president Burke Magnus in response to a question from RaceFans.

Formula 1 CEO Stefano Domenicali said that ESPN’s coverage of the sport in recent years had “played a huge part” in F1’s growth in the United States in recent years.

“Formula 1 has seen incredible growth in the United States with sold-out events and record television audiences, and the addition of Las Vegas to the calendar next season, alongside Austin and Miami, will see us host three spectacular races there,” Domenicali said.

“The ESPN networks have played a huge part in that growth with their dedicated quality coverage. We are excited to expand our relationship and continue to bring the passion and excitement of Formula 1 to our viewers in the US together.”

Magnus said the sports network would look to develop its coverage over the course of the extended deal.

“Formula 1 and ESPN have been a strong and successful team and we’re delighted to extend our relationship,” Magnus said.

“We look forward to serving fans in some new and innovative ways in the next three years as we continue to bring the reach and relevance of the Walt Disney Company networks and platforms to Formula 1.”