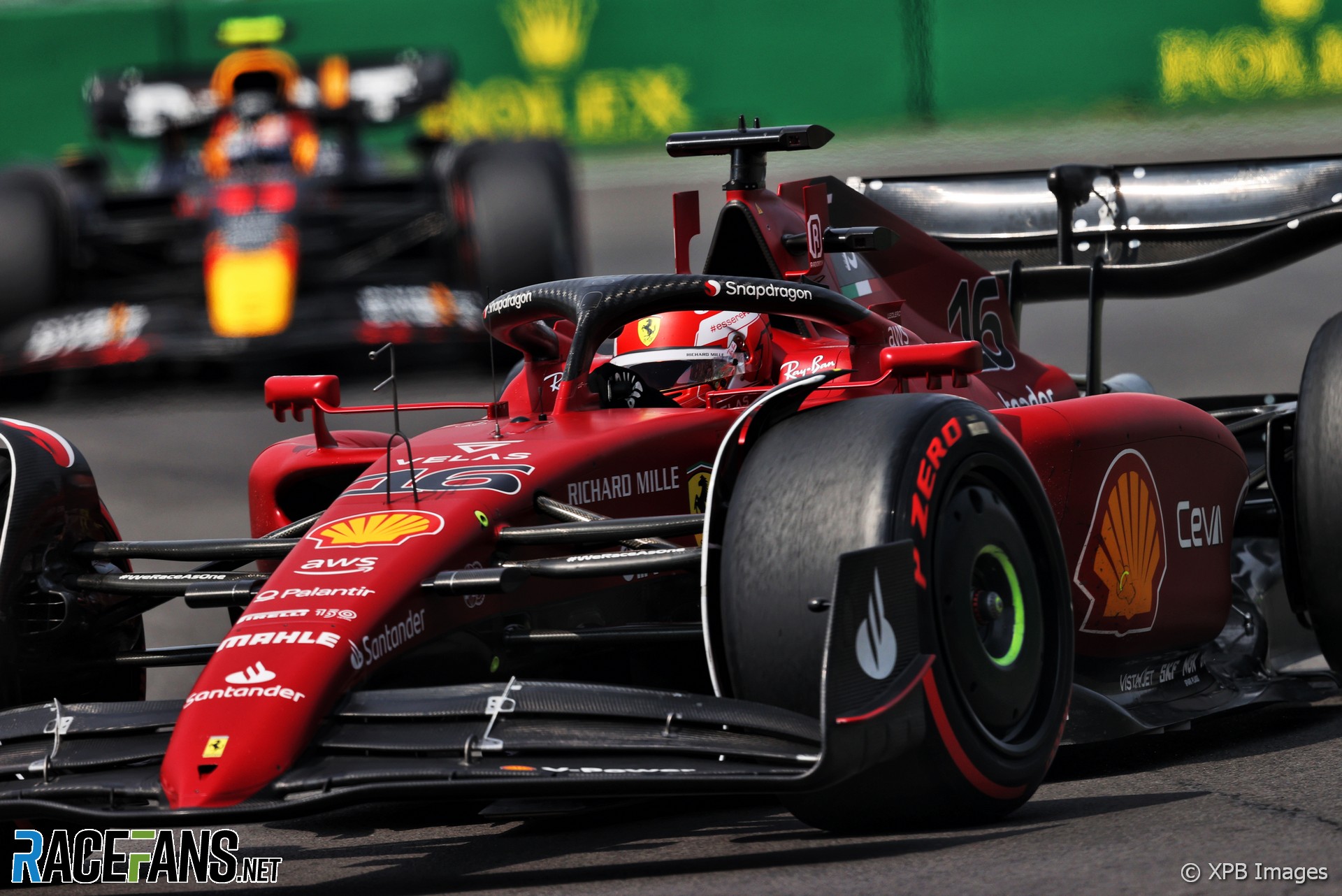 The Ferrari drivers believe the high altitude in Mexico City affected the performance of their car, leading to their worst qualifying performance so far this year.

Carlos Sainz Jnr took fifth on the grid, two places ahead of Charles Leclerc who was out-qualified by Alfa Romeo’s Valtteri Bottas. The pair have only had a worse combined qualifying result on weekends where they have taken grid penalties.

The Ferrari has been difficult to drive since the weekend began, said Sainz. He believes the thin air at the Autodromo Hermanos Rodriguez, which is 2,200 metres above sea level, has affected their car’s performance more than their rivals.

“I think we’ve lost quite a bit of performance in high altitude,” said Sainz told media including RaceFans. “We need to see because I think it’s just a one-off. I think it’s a track that doesn’t suit us very well. But we’ve tried to do the best we could.”

Sainz said the team expected the altitude would be a problem for them before the weekend began, and believes it has affected the car’s performance in more than one way. “Altitude shouldn’t affect us in terms of cornering speed so my guess is that maybe something going on with the tyres and probably also the engine,” he explained.

“I think the altitude for this engine is not going exactly how we wanted. We knew before coming here we were going to need to take some compromises. And then tyres and the car over kerbs and bumps was just difficult to drive.”

Both drivers looked ill at ease with the car in high speed corners. Sainz admitted “it was a fight.”

“That’s why I couldn’t put a lap together. We will dig deep, but at the same time we shouldn’t get too discouraged. I think it’s a very particular track, a very particular scenario and we need to analyse what we could have done better around here and see tomorrow the race becomes better.”

Sainz took pole position at the Circuit of the Americas a week ago but was half a second off the top spot today. “There was probably a bit more out there but the car has been difficult to drive and normally, when it’s difficult, it’s difficult to put laps together like we did in Austin,” he said.

“Today there’s probably a couple of tenths in the bag, but for how difficult it was, I think I was extracting out there quite a lot from it. We just need to have a look.”

“But for me FP3 and quali there was something more specific that I don’t know yet what the problem was.”

Following his crash in second practice yesterday, Leclerc has experienced problems with his power unit, parts of which were replaced at the previous round in Austin.

“Whether it’s because of the crash I’m not sure, but for speaking about this qualifying there was something strange or wrong with the engine. Losing quite a lot of time down the straights from FP3 to Q3.

“Not [just] compared to the Red Bull or Mercedes because this has been the case since FP1 and we knew it. But there was something strange and also the throttle, the engine was not really responding to the throttle input I was having in the high speed. I really hope we can fix those issues for tomorrow otherwise it going to be an extremely difficult race to be consistent.”

The engine problems made it harder for Leclerc to judge whether the altitude was affecting his car’s aerodynamic balance.

“I honestly for me it’s very difficult to comment the balance because there was really a lot of inconsistency in the high speed and it will not do exactly what I wanted with the engine so I could get surprised and then get a snap. It’s difficult to compare the balance because it felt quite good when the engine was responding to what I was doing, but it was just very inconsistent.”