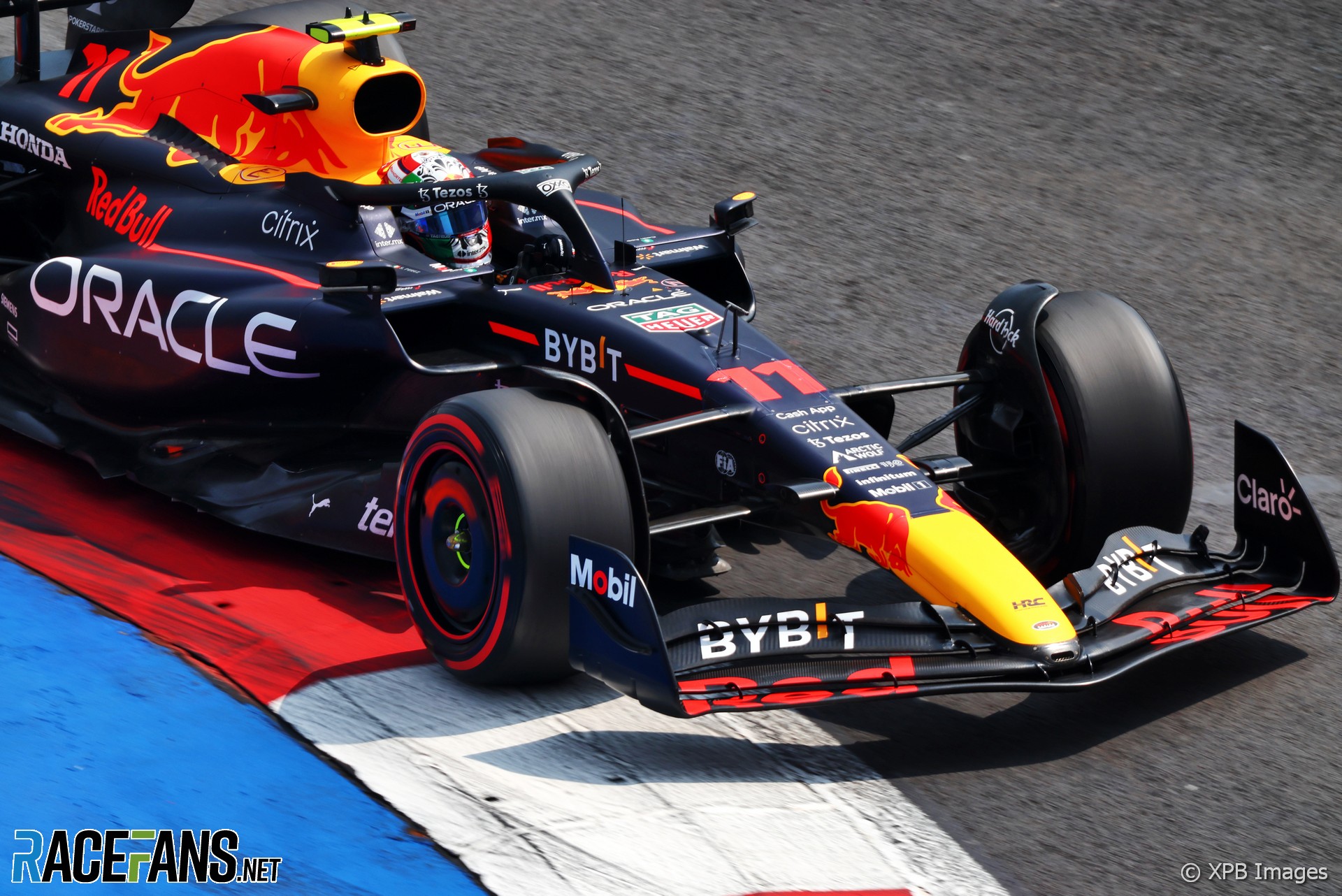 Sergio Perez said he was nearly knocked out in Q1 and Q2 as he grappled with an electrical problem during qualifying for the Mexican Grand Prix.

The Red Bull driver ultimately qualified fourth for his home grand prix. However he said the whole session was marred by a technical fault on his car which limited what information he could receive.

“It was a mess, a total mess,” he concluded about the session. “We had this electrical issue from the beginning.

“If I look back at my quali, I was nearly knocked out in Q1, nearly in Q2. I had no reference to progress, I had no lap times, Sometimes I could not figure out where I was with my brake balance either. So it was a total mess.”

Given his problems, Perez said his starting position is the best result he could have expected from a compromised afternoon. “At the end, I think P4 is is not the worst but I think certainly we could have been quite a lot higher than what we are.”

The technical problem was an especially frustrating setback in front of his home crowd, said Perez. “Obviously if there’s a quali that you want to have everything perfect it’s this one,” he said. “Especially given how close we went to pole, I think certainly we could have progressed much more than what we did.”

He told his team on his radio at the end of the session that qualifying has been a “mess” and “we need to sort out these issues”. His race engineer Hugh Bird replied: “We understand what’s happened. We’ll explain when you get out.”

Perez will line up behind pole-winner Max Verstappen and the two Mercedes drivers on the grid tomorrow. Perez believes he still has a chance to get in the hunt for victory.

“Tomorrow is going to be a race with a lot of people in the front,” he said. “I think there is a lot of things we can do for tomorrow, so we will try our very best,” he assured.

Perez has the chance to reclaim second in the drivers’ standings from Charles Leclerc. The pair are separated by two points and a scrappy qualifying session for Ferrari, including engine problems, left Leclerc seventh on the grid.

However Perez is not concentrating on beating his closest championship rival. “Tomorrow I just want to win and I will give my best into turn one and then see what happens,” he said.