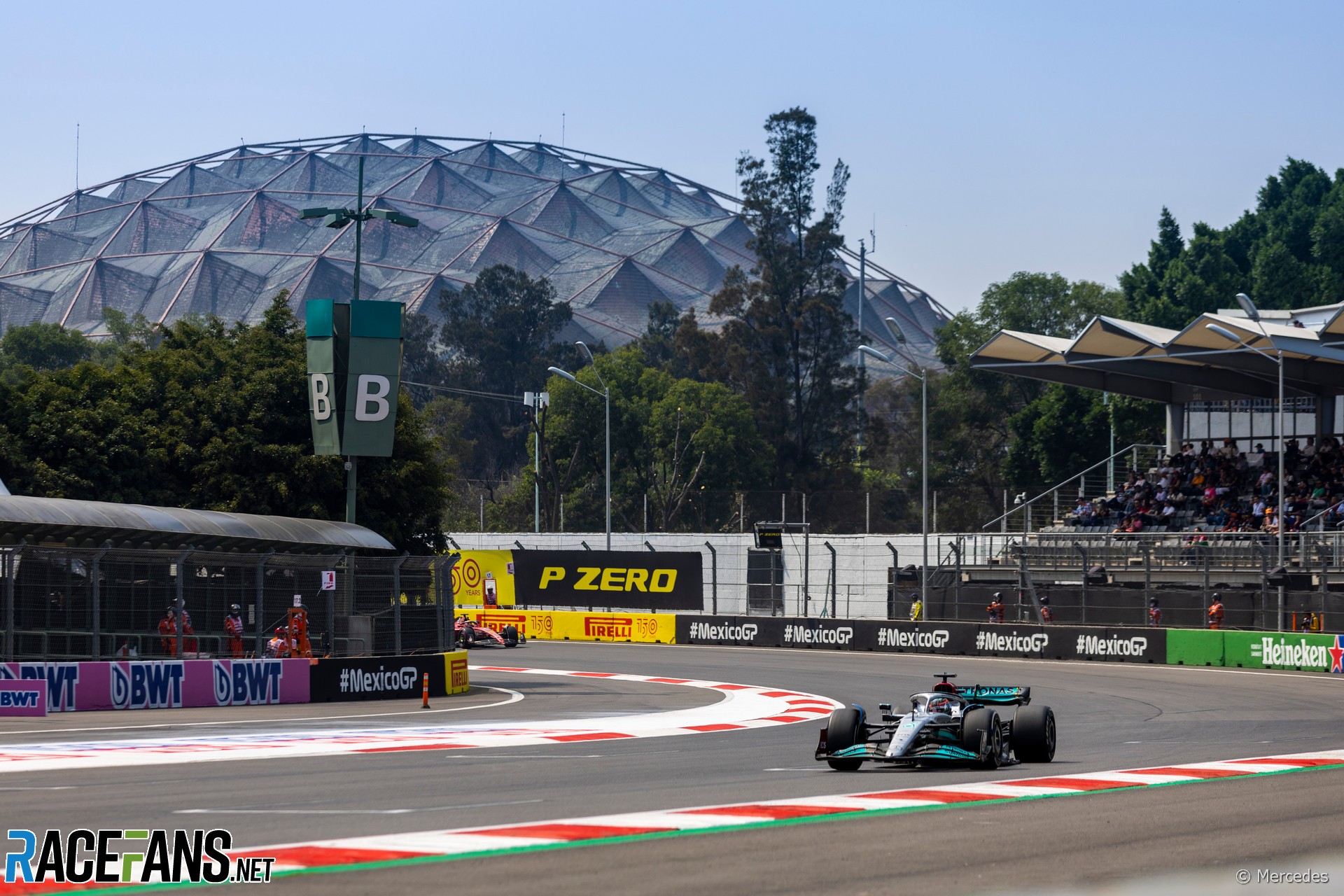 George Russell led Mercedes team mate Lewis Hamilton at the top of the times in final practice for the Mexican Grand Prix.

Mercedes head into today’s qualifying session as the fastest team, Russell setting a benchmark time of 1’18.399. With Hamilton second, Max Verstappen was almost half a second behind in third position.

Temperatures were slightly cooler than Friday’s opening two sessions as only a handful of cars trickled out onto the Autodromo Hermanos Rodriguez for the start of final practice. Valtteri Bottas was the first driver to set a lap time with a 1’21.462 on medium tyres, while Alfa Romeo team mate Zhou Guanyu was told to return to the pit lane and abandon his first run due to the latest problem with his car.

Charles Leclerc went quickest for Ferrari with a 1’20.487 on soft tyres, but this was soon beaten by six tenths by team mate Carlos Sainz Jnr. Sergio Perez moved second between the two Ferraris, before Leclerc improved to second make it a one-two for Ferrari at the top of the times.

Drivers had struggled for grip on Friday and there seemed to be a premium on grip again in the early phase of the session. Leclerc got unsettled through the Esses in the middle sector but kept his car on track, while Mick Schumacher had two mistakes on his first run. The Haas driver ran off-track at turn four before having a spin in turn 11, having to right his car under yellow flags and recover back onto the track.

The entry to the stadium section at turn 12 was also proving a challenge. Hamilton, Lance Stroll and Fernando Alonso all ran wide over the outside kerb at the 90 degree right hander. Pierre Gasly had an instant lock-up of his brakes approach the first chicane at the end of the

Having been quickest in the second session, Russell set a new fastest time with a 1’19.405 to go ahead of the Ferraris. After over 15 minutes had elapsed, Verstappen took to the track for the first time. He used the soft tyres to go comfortably quickest, despite having an armful of opposite lock as he exited the first chicane.

Mercedes bolted on a fresh set of soft tyres to both cars and sent them back out. Russell improved by over a second and jumped back to the top of the order with a 1’18.399, while team mate Hamilton also improved to go second, a tenth of a second behind. Verstappen then went out on new softs and improved in the first sector, but an error into turn four saw him abandon his flying lap attempt. He reported difficulty charging his battery at one stage.

There were no improvements in the final 15 minutes of the session at the front of the field, leaving Russell quickest as the chequered flag ended the session. Hamilton was just under a tenth-and-a-half behind his team mate in second, with Verstappen third almost half a second adrift of Russell. Leclerc ended the session fourth, with Perez splitting the two Ferraris in fifth.