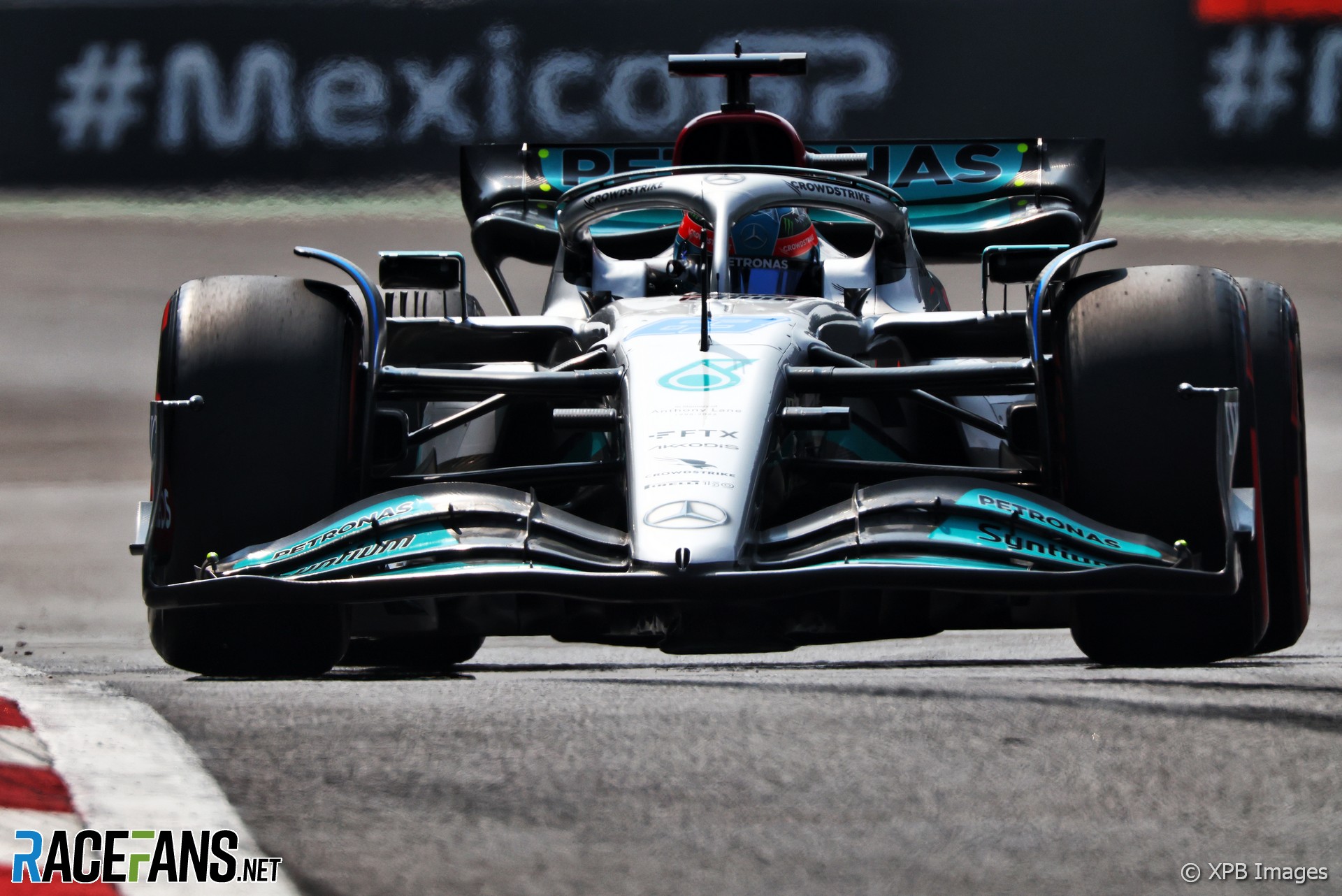 Both Mercedes drivers admitted they could have set better times after qualifying second and third on the grid behind Max Verstappen in Mexico.

Lewis Hamilton and George Russell had lap times deleted in Q3 after exceeding track limits. Despite that, Russell qualified second and Hamilton third, three-tenths of a second off the pole-winning Red Bull.

Russell was 0.004 seconds quicker than Verstappen’s lap time until he reached turn 12 and ran wide. His final lap time was deleted for exceeding track limits. He told his team “sorry guys, sorry, sorry, sorry” on the radio immediately after the lap.

“I think it’s a testament to them for the hard work they’ve been putting in for so long and we saw last week with Lewis what the car was capable of and this weekend I feel like it was our pole to have and it was just a terrible lap on my side.

“So I’m sort of kicking myself but at the end of the day, no points for qualifying and excited to be back on the front row.”

Hamilton, whose first Q3 lap was deleted for exceeding track limits at turn three, said it was ‘unfortunate” and believed he could have taken second place. He said his final lap in qualifying was “not good enough”.

“The Red Bull’s naturally so fast but I think this is such an amazing show,” he said. “And I’m really proud of my team. This is the best qualifying we’ve had all year.

“So it just shows that you just perseverance and never giving up is the way forward, so big thanks to everybody here and back in the factory.”

Russell said that the team’s renewed pace was partly due to updates introduced at the United States Grand Prix and aided by the unusually high altitude of Mexico City. “We brought an update to Austin and I think it didn’t really give it the opportunity to show what it was truly capable of.

“But with this high altitude drag is less of a factor and that’s where we get out-scored by Red Bull, they’re always taking about three tenths out of us on the straights and here it’s less of a factor. So that’s probably why we’re a little bit more competitive.”