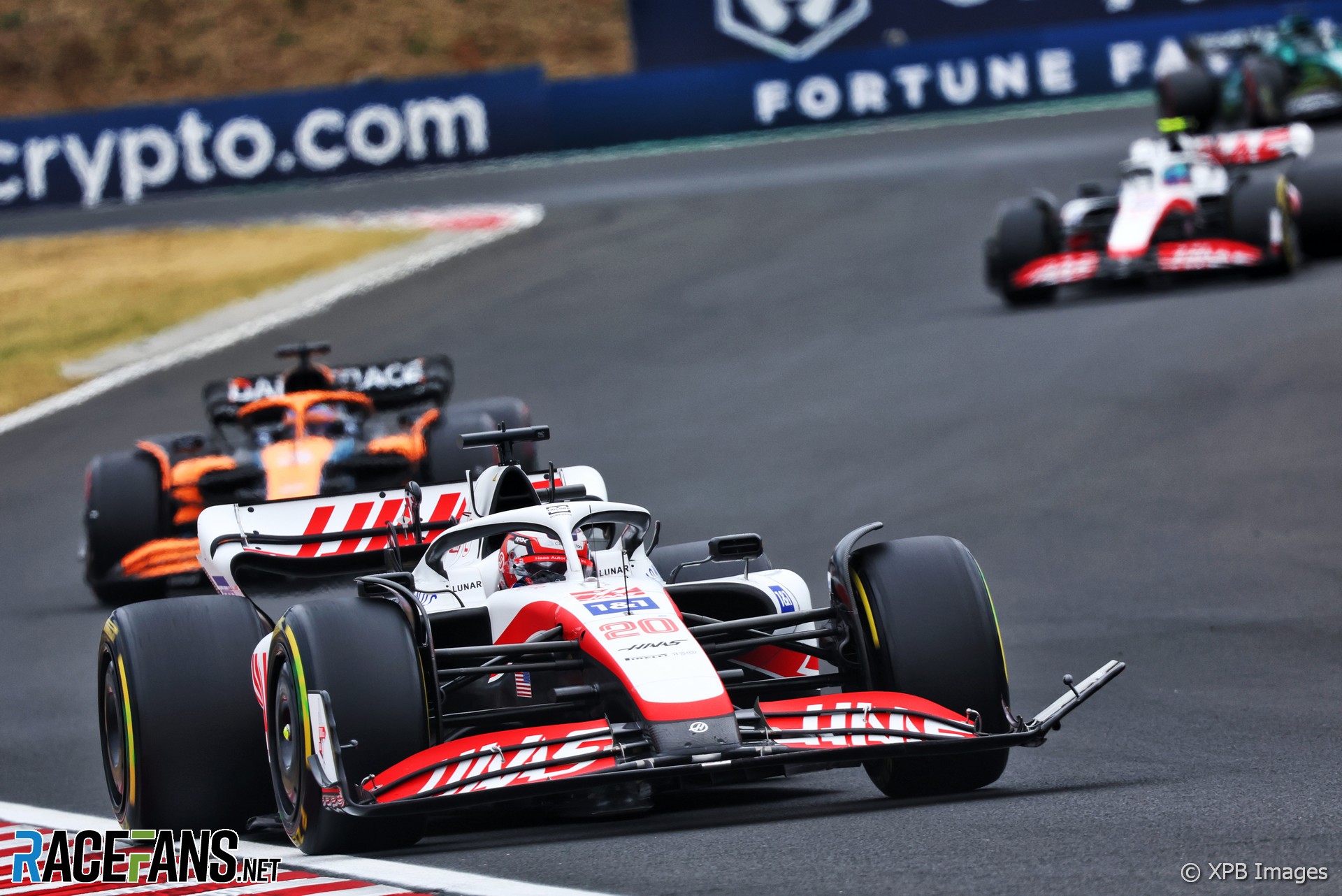 Formula 1 team bosses expect the black-and-orange flag to be used less often in future following the dispute which arose at the United States Grand Prix.

Fernando Alonso was given a post-race penalty which cost him seventh place after Haas raised a protest against his car. The team claimed it had run in an unsafe condition after its right-hand mirror fell off several laps after it was damaged in a collision with Lance Stroll.

Alonso was reinstated to his seventh place when Haas’s protest was overturned on a technicality on Thursday. However the stewards queried why Alonso had not been shown the black-and-orange flag before the mirror fell off.

The black-and-orange flag is used by race control to compel teams to immediately bring a car into the pits to address a mechanical problem or matter of safety. Alonso drove for almost 40 minutes with his right-hand wing mirror shaking loose. It eventually broke off, leading Haas to protest the result of the race due to perceived inconsistency in the use of the flag. Its driver Kevin Magnussen has been shown the flag three times in 2022, costing him valuable places each time.

Speaking in the teams’ press conference on Saturday, Alpine sporting director Alan Permane said they were pleased Alonso’s 30-second post-race time penalty applied by the stewards had been cancelled, and that the FIA was in dialogue with teams about how to handle similar situations in future.

“We had some very positive discussions [on Friday] with the FIA technical department,” Permane explained. “I think they agreed that things have gone a little bit too far.

“I don’t think anyone – maybe apart from Haas – felt that having a mirror knocked off in an accident that wasn’t your fault, and then that drive Fernando did, merited [that he should not] have kept that seventh place.

“I think from here onwards small damages – like a mirror, like a front-wing endplate – if it’s non-structural – like a brake duct, something like that – will not be considered to be a black-and-orange flag offence.

“This is still ongoing. I’m sure at the technical advisory committee and the sporting advisory committee, those levels will discuss it more. But a little bit of a line in the sand has been drawn and hopefully there’ll be better racing because of it.”

Mercedes’ trackside engineering director Andrew Shovlin stressed teams do not want to see the black-and-orange flag becoming a regular feature in races and should instead by reserved for more serious car damage.

“We don’t really want black-and-orange flags every race, because we’ve survived a lot of years where they were used correctly and infrequently,” Shovlin argued. “We do just need to let the drivers get on with driving and not be too afraid of getting near another car.”

Aston Martin team principal Mike Krack and Ferrari racing director Laurent Mekies said that however the flag is used, the rules must be applied consistently.

“I think what matters is that we have an understanding of what is okay and what is not okay and that we move on with that understanding that we can have consistent application of the regulations and everybody knows what the limit is and so forth,” Mekies said.

“Then the overarching element, of course, is for the FIA whenever they will see something unsafe, because you still don’t want to have parts flying off the car and hitting somebody else. We are sure that they will anyway keep their finger on the button in that case to keep us at bay.”

Krack called for “consistency in the application of the ‘meatball flag’, as we call it,” but urged for the FIA to keep the quality of racing in mind.

“I think everybody, FIA and the teams, have to learn a lesson from it and I think we need to focus more on sport, rather than the whole sport starts trying to protest each other for any kind of damage on the car,” Krack said. “So if we manage to have a bit more consistency in, maybe a bit more conservative with the flag, I think that will be happy for everybody.”

However, McLaren team principal Andreas Seidl believes that safety should always remain the priority and would like to see cars continue to be called in for repairs by the race director for loose parts even if they appear minor. He pointed out Felipe Massa suffered season-ending head injuries when he was struck by a loose spring which fell off another car during qualifying for the 2009 Hungarian Grand Prix.

“My view is that, in general, when you have parts on the car which are at risk to fly off, the car should get called in,” Seidl said. “Because I haven’t forgotten – and I had been live there as well – what happened to Felipe Massa in Hungary.

“We need to be aware that something like this can happen at any time and such a part falling off of a car, so I think our responsibility in that case is to call the the car in. I guess it’s just important now, moving forward, that we have, without any emotions, a good discussion between the teams and the FIA and just put in place clear guidelines what we all want in the interest of safety as well moving forward. And take it away from any current emotions around opportunistic views of where everyone is in the championship or what happened in the past and justify in the right way moving forward.