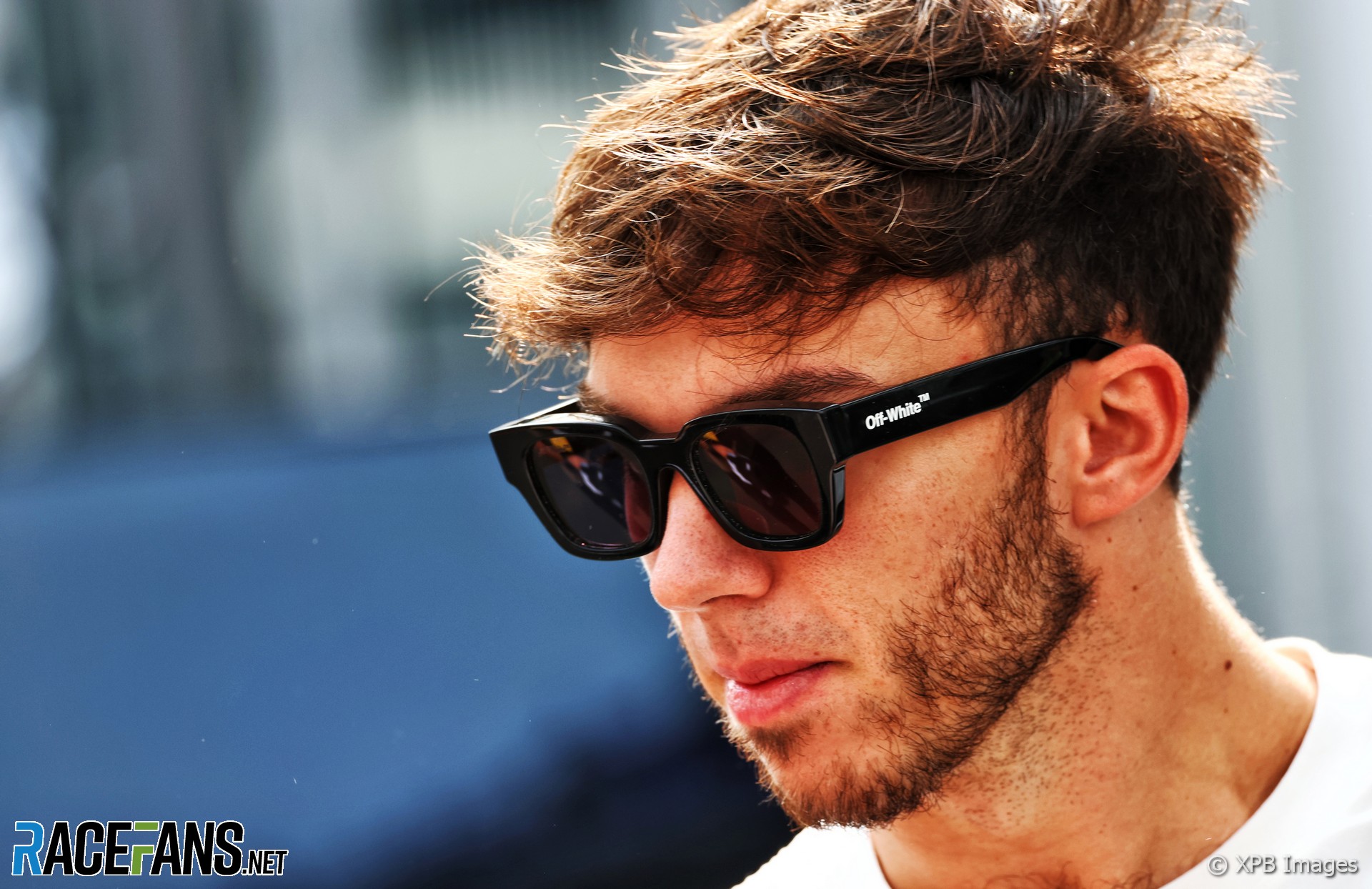 Pierre Gasly has called on fans to show drivers more respect when they come into the Formula 1 paddock.

While access to the paddock is only granted to a limited number of people, it has become increasingly busy in recent races. Drivers discussed the problems which have arisen as a result during their regular race weekend meeting on Friday.

Gasly said he discovered a bag containing his personal items had been opened, for the second race weekend in a row. F1 is racing at the Autodromo Hermanos Rodriguez in Mexico this weekend and visited the Circuit of the Americas in the USA a week earlier.

The AlphaTauri driver feels some fans who have been allowed into the paddock are not conducting themselves correctly.

“I think letting people in is fine, but it’s true that I feel like some guests sometimes are not really respecting the space that we need,” he said in response to a question from RaceFans.

“People coming in garages before qualifying and asking for pictures when they are not even from our team. We are working here and obviously we give time for the fans when we can. [But] this weekend I didn’t dare come out of the hospitality because otherwise you just know that you get mobbed and sometimes it gets quite hectic.”

Gasly said the problem is not confined to this weekend’s race, pointing out that his bag has been opened twice in the last two rounds.

“I had my bag – which I arrived at the hospitality yesterday morning with, it had my passport – opened and I didn’t even feel it,” he said.

“Clearly it wasn’t me and it wasn’t my manager. When he saw that, he closed it straight away. But the same thing happened in Austin when I came out of the paddock.”

He believes greater security precautions may be needed. “I just feel like at the moment we never had any security in F1 and maybe there is something we can do,” he said. “But as I say, I’m always giving the maximum time to the fans, it’s not that we don’t want anyone, but just to find ways to make everybody happy.”

“We talked about it in the drivers’ briefing,” he added. “I think it’s great also to see kids and people really enjoying it, but just maybe finding a way where they can understand where to reach us and when to give us a bit more space.”

Gasly’s concerns were shared by Lando Norris, who said drivers want to interact with fans rather than avoid them. “There’s not as much respect for just personal space and things like that as what there should be,” he said. “They should feel lucky enough to be in the paddock and get to be as close as they are to us.”

Drivers try to make themselves available for fans, said Norris. “It’s easy for us to always go around the back ways and have people literally shove them out the way and so on so we don’t sign anything.

“But we [don’t] want to do that. We were happy to do those things and we want to walk down the paddock and stuff. But there just needs to be a little bit more just respect from people for our personal space and boundaries and things.”

Sergio Perez, the only Mexican driver in F1, reassured his fellow drivers about the enthusiastic local fans. “Obviously the Mexicans are really intense, of course, but they’re great people,” he said. “They will never hurt anyone.

“It’s great to see this, we don’t get to see this in many other countries. So it’s nice for Formula 1 to enjoy a bit.”

RaceFans is run thanks in part to the generous support of its readers. By contributing £1 per month or £12 per year (or the same in whichever currency you use) you can help cover the costs of creating, hosting and developing RaceFans today nd in the future.