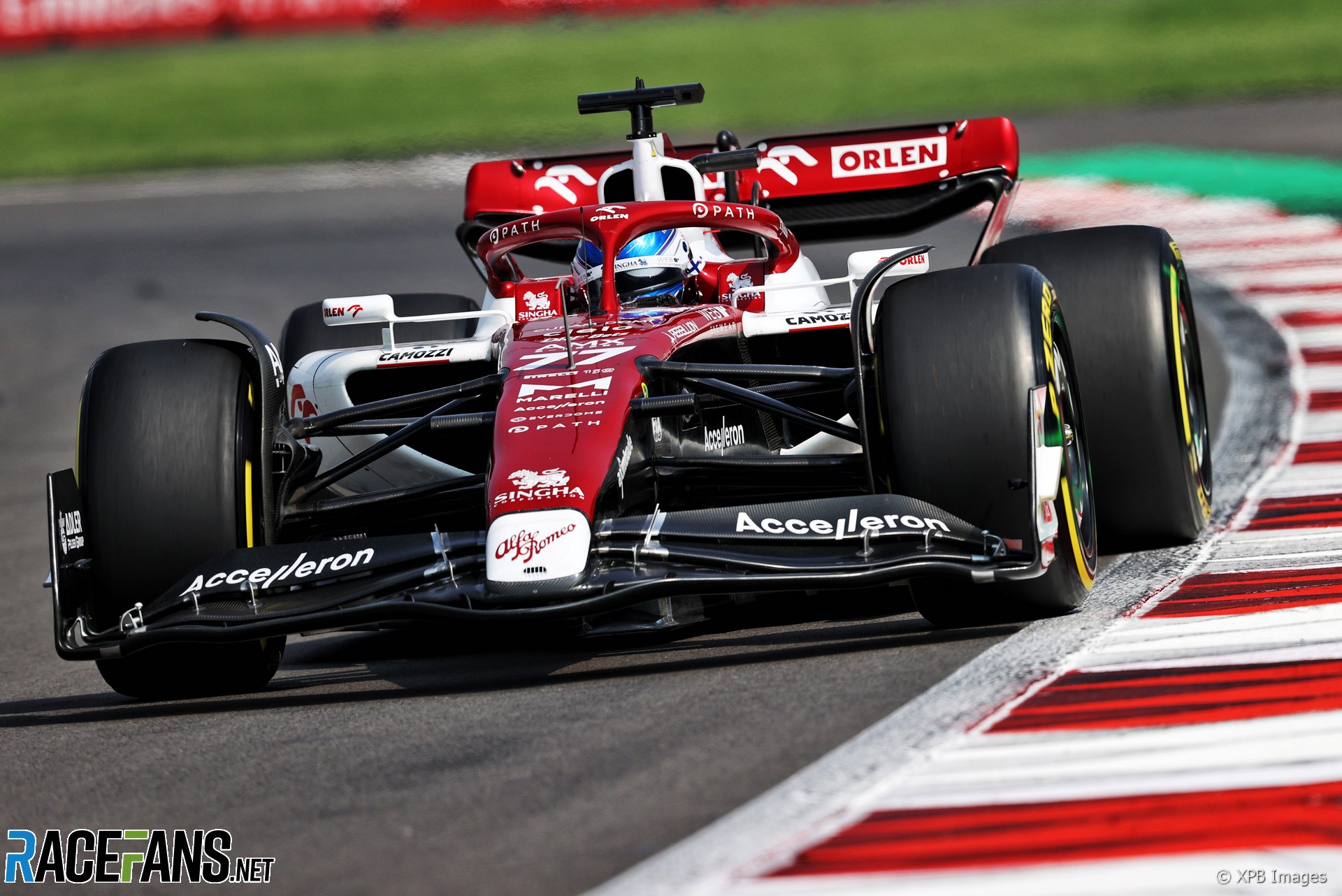 Valtteri Bottas says his Alfa Romeo team must make the most of taking sixth on the grid for the Mexican Grand Prix in their battle with Aston Martin for sixth in the constructors’ championship.

He claimed his best starting position since the Miami Grand Prix in May by splitting Ferrari drivers Carlos Sainz Jnr and Charles Leclerc on the grid. Sunday’s grand prix will be only the third time in the last 13 races the Alfa Romeo driver starts inside the top ten, having done so five times over the first six rounds.

Despite admitting he had felt confident with his car throughout the weekend, Bottas said his team did not anticipate that they could beat one of the Ferraris in qualifying.

“It’s a pretty good day,” Bottas told media including RaceFans after the session. “And surprising.

“We’ve seen from the beginning of the weekend that we seemed pretty strong and I felt comfortable, so we thought with a good quali we should be able to fight for seventh place. But to split the Ferraris is an added bonus.”

Asked what could have been the catalyst for such a strong Saturday, Bottas said the characteristics of the Mexico City circuit may particularly suit their car.

“We didn’t obviously add anything from Austin to this track,” he said. “But the layout – I was thinking before the weekend, it could be good for our car and it seems to be really good for our car.

“I think all those slow-speed corners, we seem pretty strong. Even over the kerbs, through the chicanes, we seem quite good and the car feels quite nice over the kerbs. So I think it suits this track.

“Then the starting set up we had for the weekend, we’ve only had to do small fine-tuning. So we really started the weekend on the right foot with the set-up and just able to build on that.”

Bottas’ strong starting position is in contrast to Aston Martin drivers Sebastian Vettel and Lance Stroll, who are set to start 16th and last on the grid, respectively. Alfa Romeo are trying to defend sixth place in the constructors’ championship from Aston Martin, who have out-scored them by 33 points to one over the last ten races.

Bottas says that scoring points in Sunday’s race will the target for the team. “It seems like from all the long runs this weekend and even the Pirelli tests that we seem to be on the good end of the midfield in terms of race pace,” Bottas said. “So it’s good to see.

“Hopefully we can more or less maintain the positions and that’s important because it’s a good opportunity as Aston is now way back.”