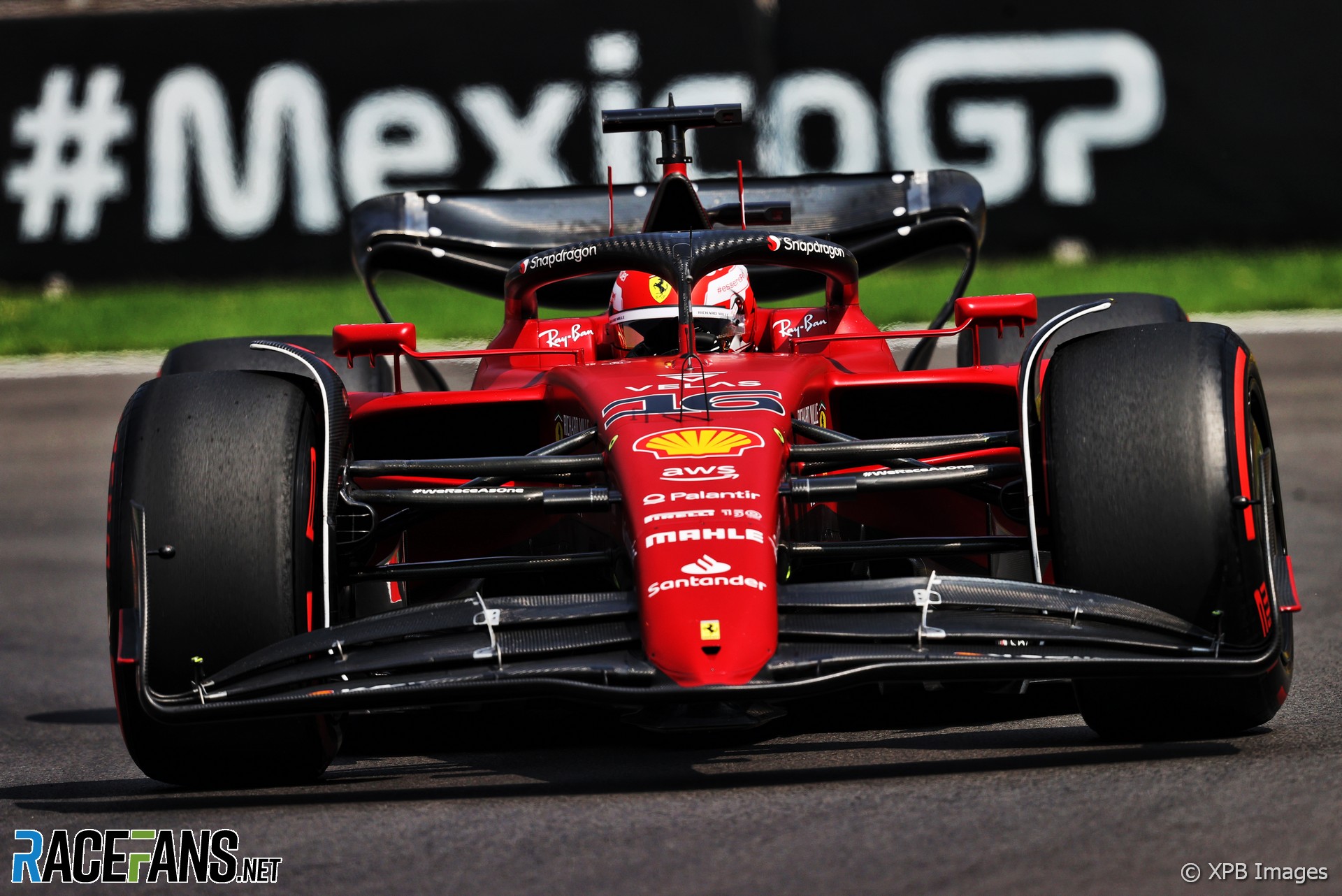 Charles Leclerc says today’s Mexican Grand Prix will be a “nightmare” if Ferrari are unable to fix the power unit problems which plagued him in qualifying yesterday.

He qualified seventh for today’s race after grappling with a power delivery problem on Saturday. Although his top speed was comparable to team mate Carlos Sainz Jnr’s he lost a significant amount of time on the run to turn 12 on his final lap.

Leclerc said his car was not responding correctly to his throttle inputs, which made the fast corners in the middle of the lap at the Autodromo Hermanos Rodriguez particularly difficult. “It was quite tricky on the kerbs,” he acknowledged. “There was also on the bumps things that were happening that was very weird.”

He described the session as his “most difficult qualifying by far” this year after taking his lowest starting position in a race without a grid penalty.

Ferrari fitted a new engine and turbocharger to Leclerc’s car for the last race at the Circuit of the Americas. However he crashed during second practice in Mexico on Friday, damaging the rear of his car.

Leclerc is concerned his car will be difficult to drive for 71 laps today if the problem is not improved. “If I still have the same issues then the race will be a nightmare,” he said. “So I hope we can fix that.”

Ferrari have also experienced problems with tyre degradation in recent races which could be particularly challenging in the heat of Mexico. However Leclerc saw some encouraging signs about their performance in practice.

“I feel like the tyre management we had in FP2, mostly in FP3 for me, was good,” he said. “But then on the overheating, it depends a little bit how forecast will be.”