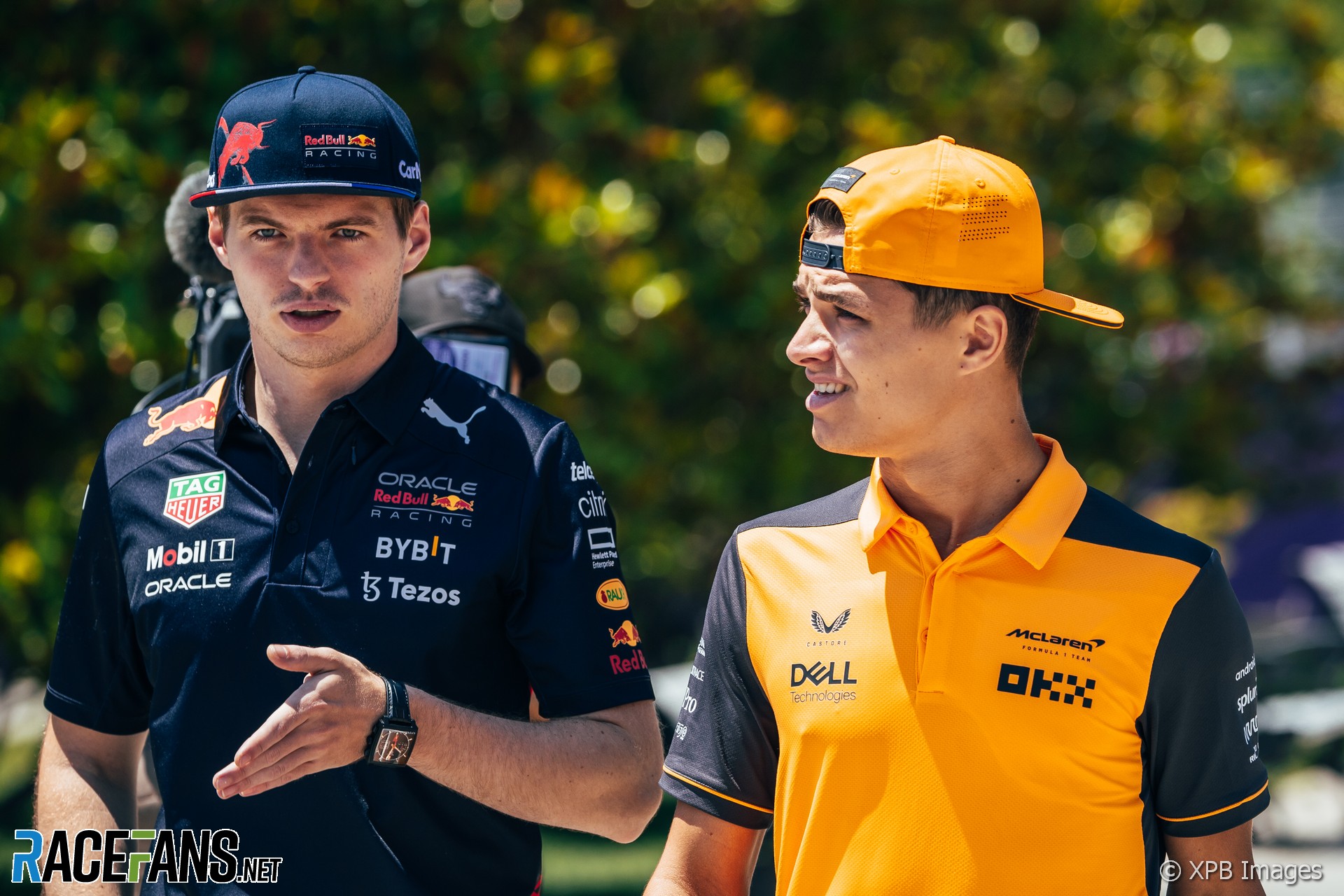 Verstappen claimed his 14th victory of the 2022 F1 season last weekend, setting the record for the most wins achieved in a single campaign. And with two grands prix remaining on the 22-event calendar, he could extend his new record.

Among those who expect him to is Alexander Albon, who was team mate to Verstappen from 2019-20. He’s pretty much on top of his form right now,” said Albon. “He’s at the top of his game, and two more races now, I reckon he’s going to keep on going.”

Verstappen’s performances “demand a lot of respect,” admitted Albon, who is a year older than his former team mate but started over 100 fewer F1 races. “He’s still relatively young, but he’s got a lot of experience, and you can see that kind of confidence that he has of himself. It’s impressive.”

The Williams driver said Verstappen heled him “understand the philosophy of a fast car much more” and believes the two-times world champion has a “different” way of extracting performance with Pirelli’s F1 tyres.

“It might not feel always that easy to drive, but there is a way to be quick around them. It’s no secret that you need a lot of fun to be quick [like him].”

McLaren’s Daniel Ricciardo, who was team mate to Verstappen at Red Bull from 2016-18, praised the team’s work in providing car capable of breaking records.

“They’ve been dominant. Some people get bored when someone dominates, but actually on one hand, it’s quite phenomenal to see,” he said.

“Obviously I know Red Bull very well and a lot of the guys in the team worked very hard to get back at the constructors [title]. So of course I feel some happiness in my heart for them.”

His team mate Lando Norris, who has raced alongside Verstappen in Esports as well as against him in F1, said his success is “incredible.”

“He’s achieving a lot, he’s breaking a lot of records,” said Norris. “He will continue to break records for the rest of his career, probably. Probably one of the best drivers in F1 ever. So he deserves it all.”