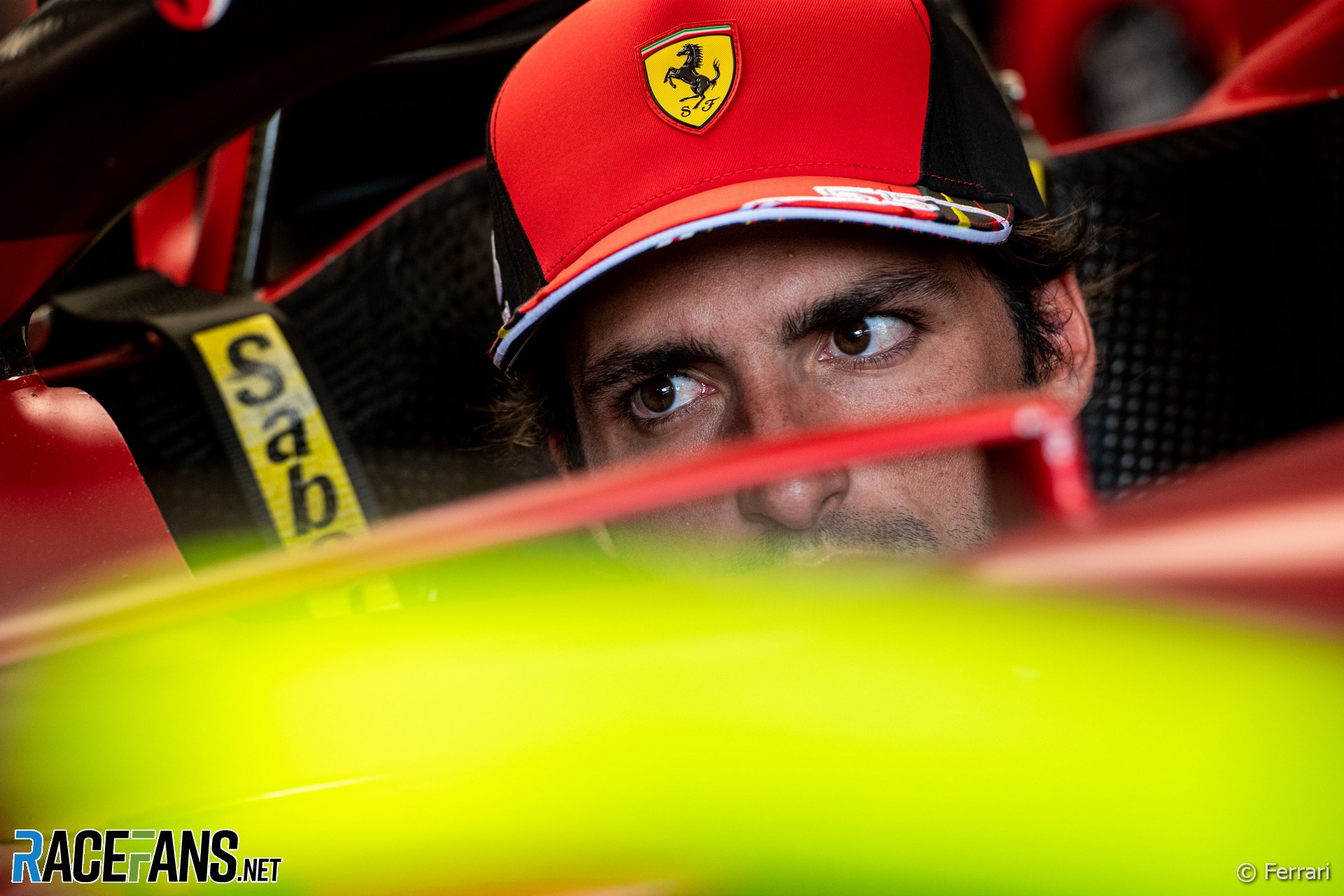 Carlos Sainz Jnr will have a grid penalty for the third time this season in the penultimate round.

The Ferrari driver has exceeded his maximum allocation of power unit components for the third time. He has taken his sixth internal combustion engine this year, over the maximum allowance of three, triggering an automatic five-place grid drop.

Sainz took his first grid drop for a power unit infringement at the French Grand Prix and the second in the Italian Grand Prix. Team mate Charles Leclerc has also had three separate penalties for the same violation.

Under F1’s rules, Sainz’s penalty will not affect the starting order for Saturday’s sprint race: He will be moved back five place on the grid for Sunday’s grand prix.

Ferrari has also fitted the eighth different exhaust to Sainz’s car this weekend. Both Ferrari-powered Alfa Romeo drivers have the same new part, which brings all of them up to their maximum allocation for the season.