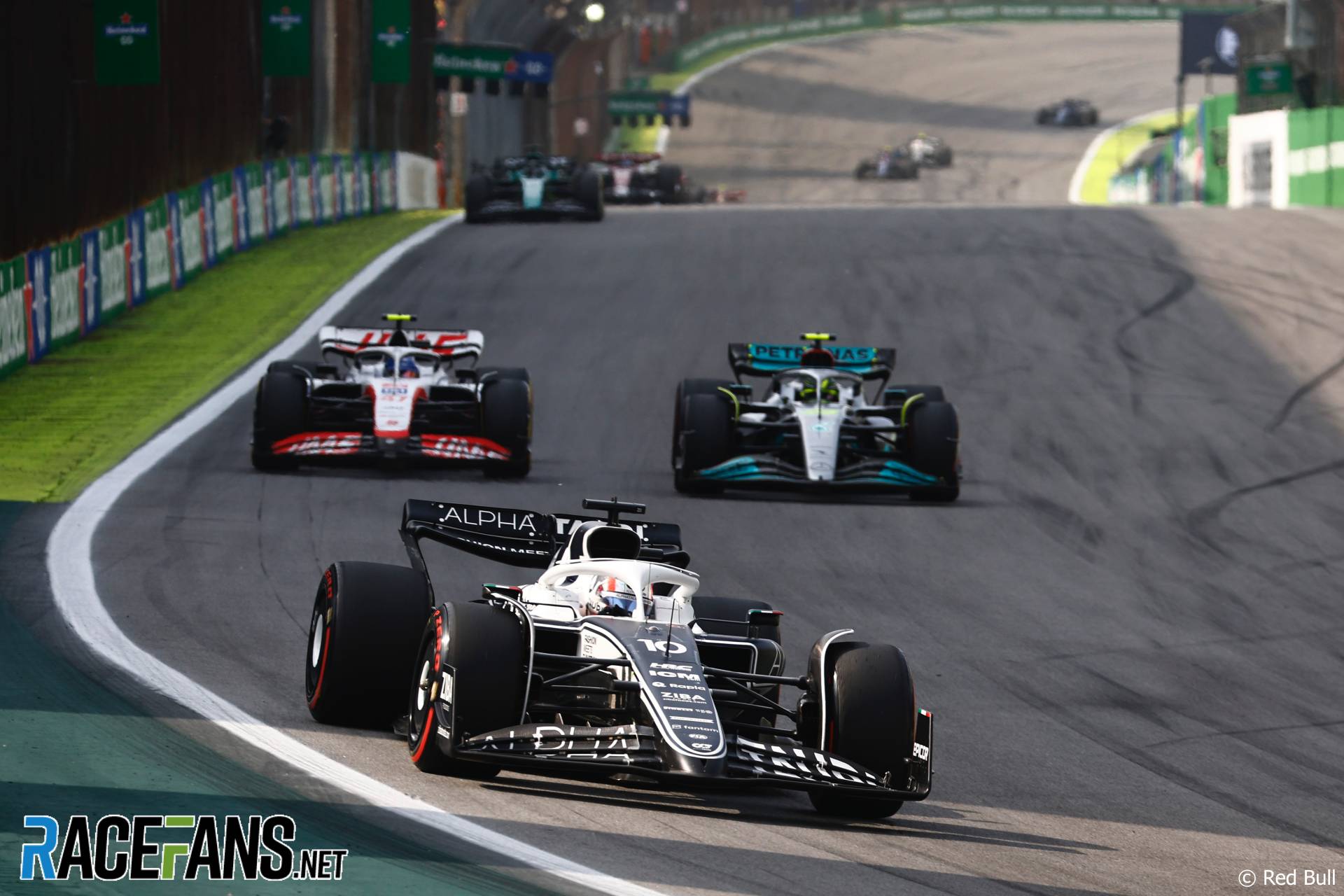 Pierre Gasly, who is racing under threat of a one-race ban, avoided collecting penalty points for a second incident in as many days in the Brazilian Grand Prix.

The AlphaTauri driver arrived in Brazil having already collected 10 penalty points on his licence, leaving him two away from an automatic race ban. In Saturday’s sprint race he was investigated for an infringement on his reconnaissance lap but escaped with a formal warning which added no penalty points to his licence.

Gasly fell foul of the rules again in the race, breaking the 80kph pit lane speed limit by 1.8kph. The stewards handed him a five-second time penalty, which dropped him from 12th to 14th in the final results, but again chose not to issue any penalty points.

The stewards also penalised Max Verstappen and Lando Norris for their collisions with other drivers in the race. Both were given two penalty points on their licences in addition to five-second time penalties during the race.

Norris tangled with Charles Leclerc at Ferradura following the first restart on lap seven. The stewards held him entirely responsible for the collision.

Verstappen was not found entirely to blame for his collision with Hamilton, but received the same penalty as Norris. “The stewards determined that Verstappen attempted to pass Hamilton on the outside of turn one by braking very late. He did not complete the pass in turn one and his excess speed compromised his entry into turn two, at which point he made contact with Hamilton.

“While the stewards recognise that Hamilton could possibly have given a little more room at the apex of turn two, the stewards determined that Verstappen was predominantly at fault.”

Norris is now on a total of three penalty points, Verstappen has seven, Gasly remains on 10 until the end of May next year.

12 comments on “Gasly avoids penalty points again, Verstappen and Norris get two each”