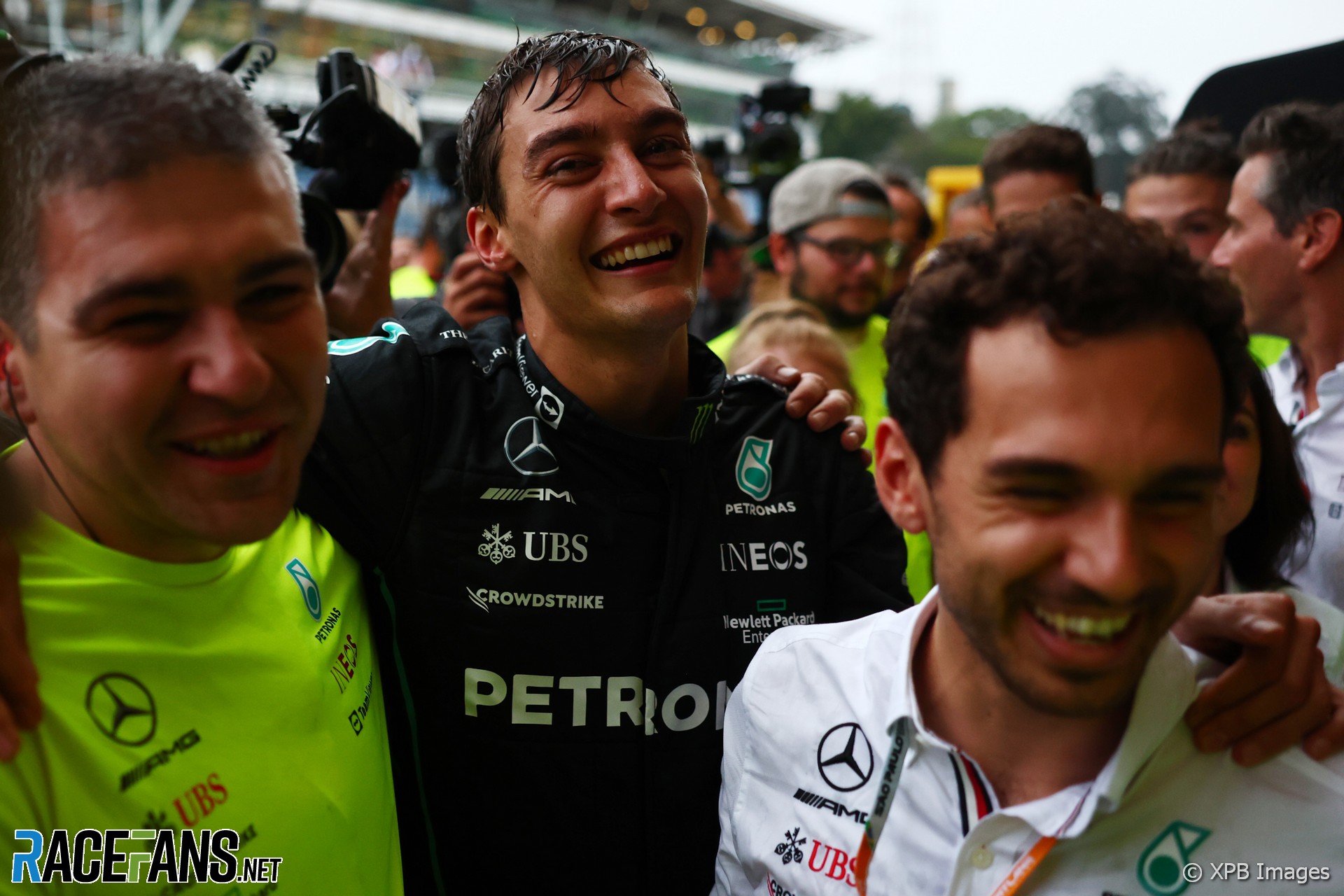 The Mercedes driver held off late pressure from Lewis Hamilton in the other W13 to score the team’s first victory of 2022 at Interlagos. He admitted he was “pretty impressed at how quickly I started crying” after taking the chequered flag in first place.

“Once I crossed the line, literally by the time we were at turn two tears were flooding. I just thought of my family to be honest – everybody’s back at home. I’ve got my mum at home with my girlfriend, I’ve got my sister with her husband, my brother with my father and his two children, so all of my closest family were a little bit spread out, but I know that they were all watching together and as soon as I got my phone straight after the race, called them all in a group FaceTime.”

Russell’s breakthrough victory is the culmination of years of work which led to him joining Mercedes’ junior driver programme and eventually joining their F1 team full-time this year.

“It’s just been such an emotional roller coaster and journey for all of us, from go-karting, travelling up and down the country in the campervan with my parents, to the support my brother and sister gave me and the support my girlfriend’s given me throughout this whole season.

“It’s not a straightforward life in Formula 1. We’re all living our dreams but your emotions vary substantially based on performance and you’re coming home from a weekend either very happy and things are good or coming home pretty disappointed.

“It’s difficult for everybody and I sort of feel that for all of us, not just my family. Everybody who’s supported me throughout my journey who’s given me this opportunity: Mercedes, Gwen [Lagrue], who’s been a huge part of giving me this opportunity. Gwen is the manager of the Mercedes driver programme and he’s the one who got me in with Mercedes in the beginning.

“And then so much support from Mercedes, with Williams, the people who have supported me throughout my journey in karting, Formula 4, Formula 3. The list is endless. All these thoughts just go rushing through your mind over the course of that 60 seconds and yeah, definitely a bit emotional, for sure.”

He scored his first win at the same Interlagos circuit where he had his first run in an official Formula 1 practice session with Mercedes customer team Force India (now Aston Martin) five years earlier.

“Brazil and Sao Paulo is always going to hold a special place in my heart, no doubt,” said Russell. “I remember being on the grid last year, and being about a metre and a half away from the fans and everybody was just going crazy.

“The passion for Formula 1 here is just immense and yeah, so proud to get my victory in a place that has so much history and character in Formula 1.”

“I thought about it at the end of the race, when he walked in as a 16-year-old with his suit and his tie and his PowerPoint presentation,” said Wolff. “He’s the first of our new junior programme that has won a race.

“Obviously, Lewis has been there forever and he’s the most successful of the ones that have graduated from the junior academy. But six years later, he’s a grand prix race winner, deserved.

4 comments on “I was crying by turn two after taking first win, Russell admits”