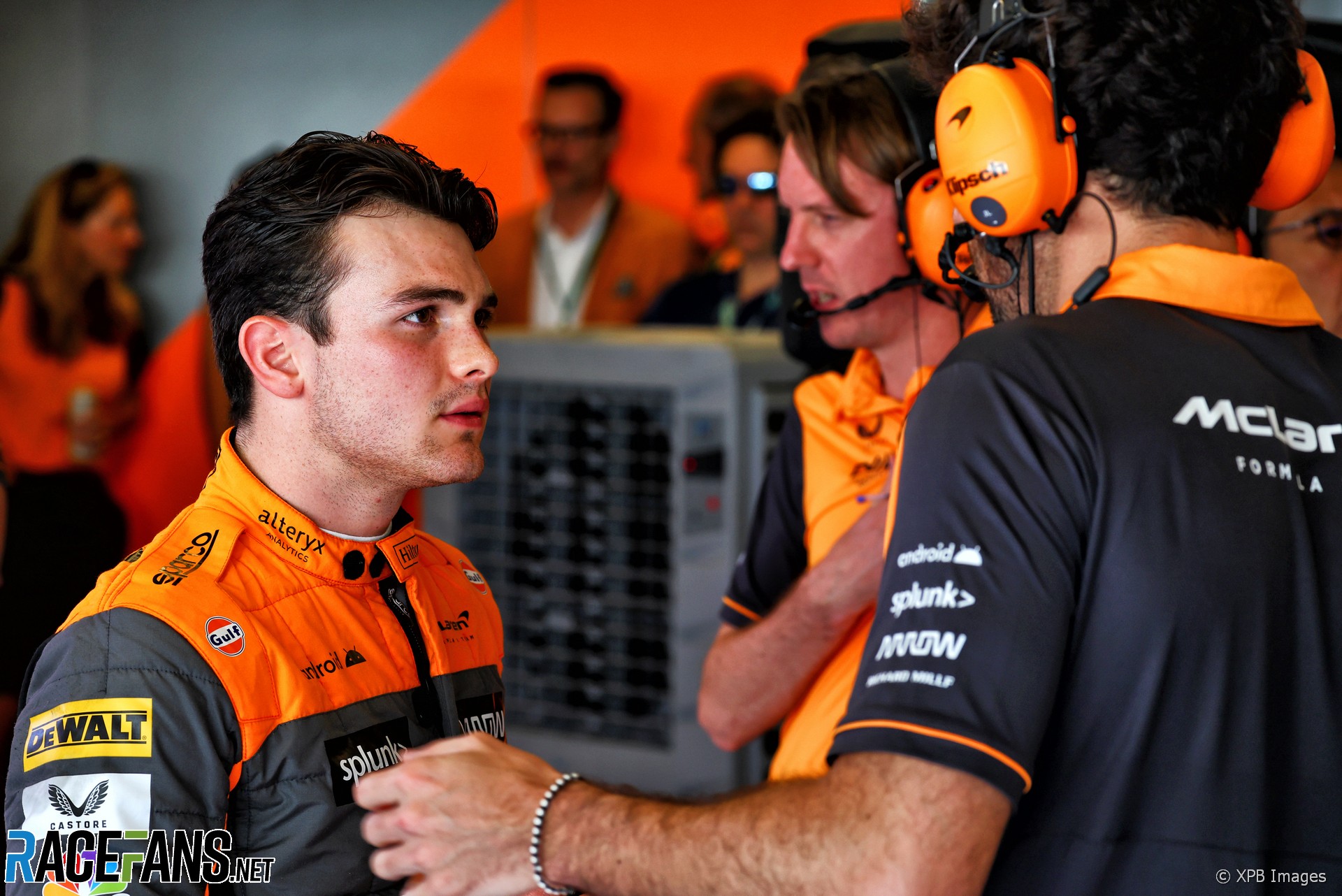 McLaren SP IndyCar racer Patricio O’Ward says he is “very keen” to move into racing in Formula 1 after he drove a 2022 car for the first time in Abu Dhabi.

The IndyCar championship contender was offered the opportunity to drive Lando Norris’s McLaren during the first free practice session for the Abu Dhabi Grand Prix on Friday, completing 22 laps of running and ending the session 18th in the times, seven tenths slower than team mate Daniel Ricciardo.

O’Ward is one of a selection of IndyCar drivers who McLaren have offered test runs in their 2021 car this season under Formula 1’s ‘testing with previous cars regulations’, alongside Colton Herta and 2021 champion Alex Palou, who took part in the first practice session of the United States Grand Prix with the team.

After an hour of running with the 2022 car for the first time, O’Ward said there was a noticeable difference in how it feels to drive a current generation F1 car to one from under a previous set of regulations but that he was still impressed with the performance.

“So the car is different,” O’Ward said after the session. “The car feels different in the way that it rides.

“It’s not really like, ‘oh, this is so different to what I drove last year’. It does feel somewhat different, but it still feels like a very fast Formula 1 car with a lot of aerodynamics. It still brakes phenomenal. As soon as you step into an F1 car, all the little things that you notice are still there. The car is still very, very quick.”

After admitting he suffered from the physical strain of driving the first time he tested a 2021 car, O’Ward said his neck fared much better behind the wheel of the current car.

“I’ve done so much on my neck, you have no idea,” he explained. “For me, I’ve always put a lot of emphasis on my physicality. I’ve always said I do not want that to be a limitation. But when you first step into an F1 car, you don’t know what to expect. And like I said, my neck had given up after doing a good amount of laps. But it wasn’t the case this time. He held up real nice.”

Having participated in an official grand prix session for the first time at the Yas Marina circuit, O’Ward – who races for the McLaren-owned McLaren SP team – said he still held ambitions to one day race in the world championship.

“I feel like I can always come back to IndyCar and the window of getting to Formula 1, I think it’s quite a bit narrower,” he said.

“I’m already in IndyCar now and I feel like I’ve established myself as one of the title contenders every single year. I love IndyCar racing. It’s some of the best racing in the world – if not the best, just in terms of how competitive it is. But I grew up watching Formula 1 and I grew up with the F1 dream, as many other drivers around the world. And that’s what kind of opened my love to so many other categories.

“I’m still very keen into making the switch over to Formula 1. Will it happen? When will it happen? I have no idea. But I’ve got a great team behind me. I’m very excited for 2023 and really giving these guys over in the IndyCar side a championship that I feel like they deserve, an Indy 500 win that they deserve as well. And I’d love to be the one that gives it to them.”

Having taken two race victories in each of the last two IndyCar seasons, O’Ward says he will aim to build his case for an F1 race drive by working to achieve more success in IndyCar next year.

“What I’ve learned is you cannot plan anything. You can’t even plan to the year. You can plan to what’s next and what’s next for me is hopefully winning more races and challenging for the championship in IndyCar as well as the Indy 500. Will the opportunity open up? Of course if it does, I’m going to be the first one to take it.”