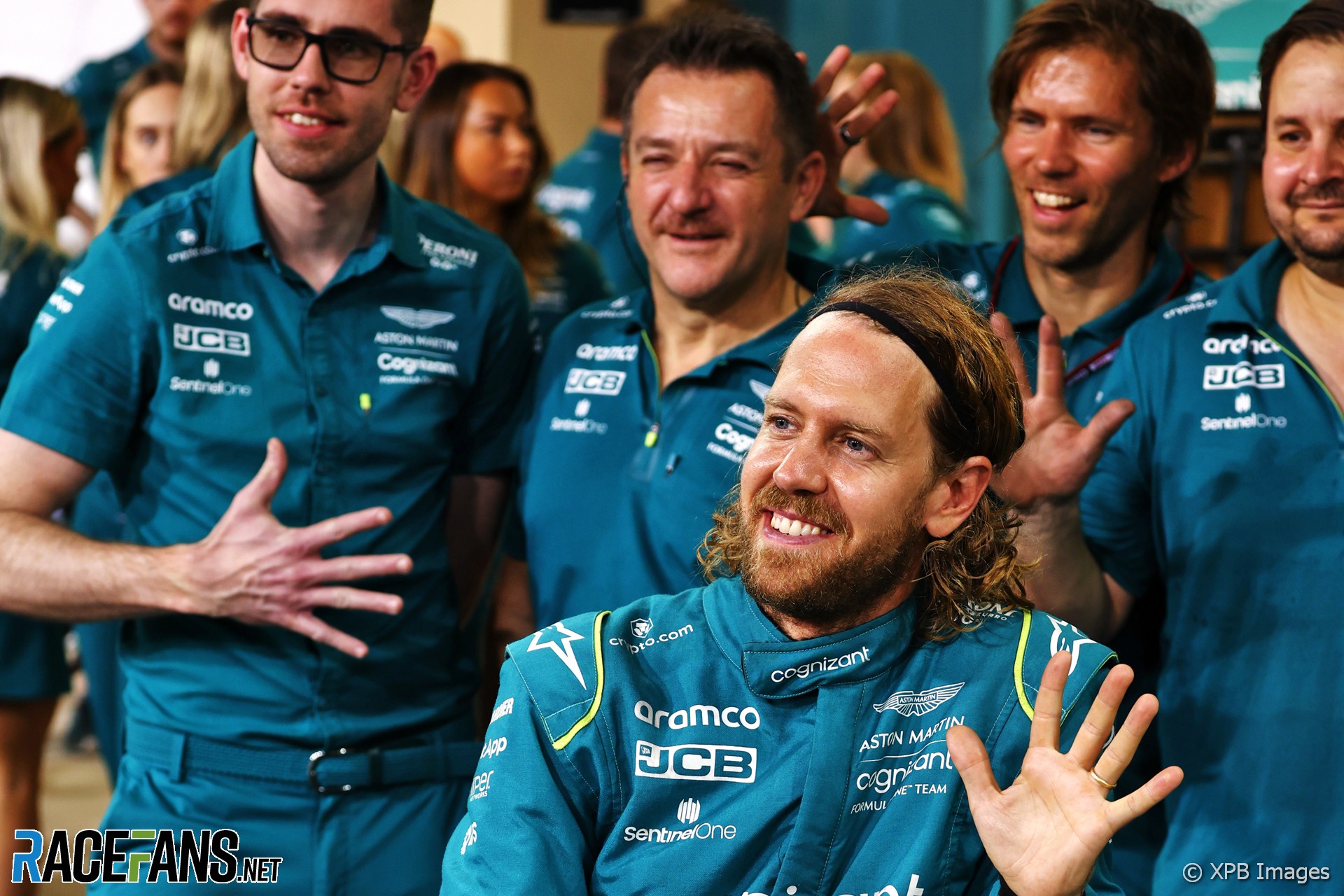 Sebastian Vettel admits he felt emotional before embarking on his final qualifying session as a Formula 1 driver.

The Aston Martin driver claimed ninth on the grid for his last F1 race. “It was a good session,” he said afterwards.

Many tributes have already been paid to the retiring four-times world champion. His father Norbert is attending the grand prix and has brought the overalls Vettel wore to his first kart race.

Vettel admitted it felt strange to know he was embarking on his final qualifying session.

“Before qualifying I had some thoughts about the people that can’t be here because they’re not with us anymore or they didn’t make it. Obviously there’s a lot of people that are here, which is very special time.

“It’s been a long time and it’s a funny feeling, I have to admit. But as soon as you’re in the car and you drive out, you’re quite busy. So it’s, I guess, a good sign. And I enjoy it most when I’m present [in the car] and I was, so I think it was a good session.”

His last qualifying session was not without frustrations, as he repeatedly encountered Sergio Perez’s Red Bull at the end of several laps during Q2. “How is that possible?” he exclaimed on the radio at one point. “Three times in a row I get these people? And they don’t back off. It’s a tenth in the last corner.”

“In the laps before Q3 there was always a Red Bull at the last corner,” Vettel explained afterwards. “I don’t know, if you staged it, you probably wouldn’t be able to do it. But the last lap was clear.”

His single run in Q3 put him ninth on the grid. The team will climb to sixth in the championship if it out-scored Alfa Romeo by five points tomorrow, and Vettel will start ahead of both their cars. Achieving that is Vettel’s target for his last race.

“Absolutely, we’ll try to do that, we’ll see what happens,” he said. “I feel we have the right tyres with us and it should be a good race.”