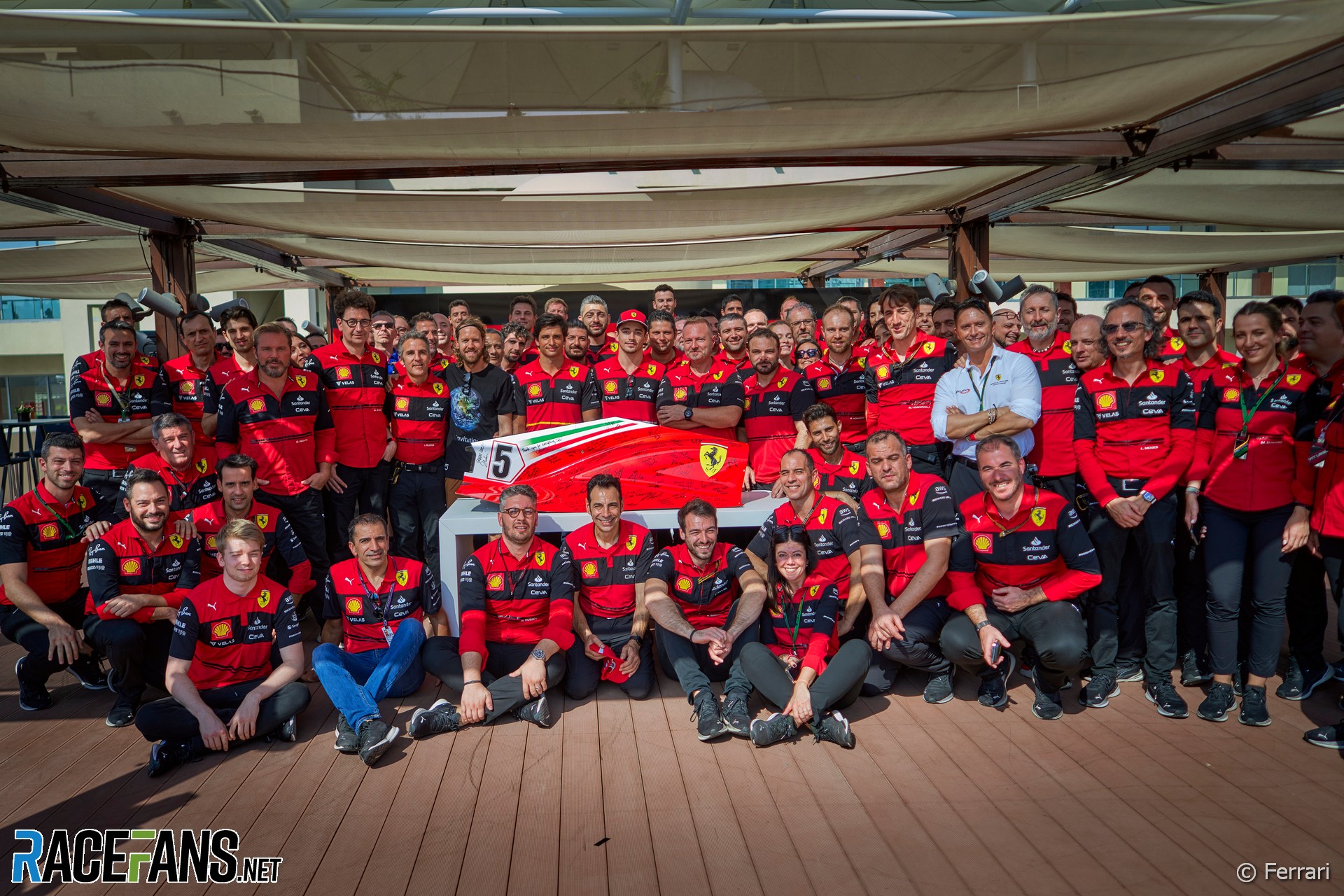 In the round-up: Ferrari CEO Benedetto Vigna said he wasn’t happy with the team’s performance after they ended the season second in the constructors championship

Ferrari CEO Benedetto Vigna said he wasn’t happy with the team’s performance after they ended the season second in the constructors championship and Charles Leclerc took second in the drivers’ standings. “I said it after the last quarter, I am not satisfied with second place because second is first of the losers,” Vigna told CNBC on Wednesday.

“We have made some progress. I’m happy with the progress we’ve made. I’m not happy with second place. I think the team has what it takes to improve over time.”

Reports from the Italian media on Friday suggest that Ferrari team principal Mattia Binotto is preparing to resign from his role in the coming days.

A report by the Italian newspaper Corriere della Sera suggested that Binotto was set to announce he was resigning from his role as early as yesterday. However, no such announcement was issued.

Victor Martins set the overall fastest time of the Formula 2 post-season test at the Yas Marina circuit in Abu Dhabi after the third and final day of running.

The ART driver set a 1’35.908 to be the quickest driver across the three day test, with day two pace setter Jack Doohan, Theo Pourchaire and Roy Nissany all within a tenth of a second of Martins. Kush Maini was quickest in the evening session, but was almost a second off Martins’ best.

A three day pre-season test ahead of the 2023 championship will take place in Bahrain, starting on February 14th.

The Porsche Supercup will continue to run on the Formula 1 support bill for the next eight seasons after Porsche and Formula 1 agreed an extension until 2030.

The single-make championship using Gt3-spec Porsche 911s will continue to race alongside Formula 1 at select grands prix over the next eight years. The series will race at eight rounds of next year’s F1 championship, including Imola, Monaco, Silverstone, Spa-Francorchamps and Monza.

"Alpine has laid off a key legal figure who was largely responsible for the loss of reserve driver Oscar Piastri to rival team McLaren earlier this year."

"From winning a sim racing world championship in his bedroom, to testing setups for two-time Formula One Drivers’ Champion Max Verstappen, Sebastian Job has achieved something remarkable."

"McLaren Racing and Gulf Oil International have today confirmed their strategic partnership will come to a natural end at the conclusion of the current contract term, the close of the 2022 Formula 1 season."

"For our annual big December release, we present the Drivers Pack. It’s not specifically a beginners pack – although it will serve perfectly in that guise, if you’re looking to start your career – but it is supposed to present a sensible progression through a set of cars that deliver very different performance levels. Most importantly, these cars are fun to drive. Really fun."

"Pierre Gasly and Yuki Tsunoda are let loose in AlphaTauri's new London store as they assist F1 digital presenters Lawrence Barretto and Will Buxton in styling a fashionable new look!"

"Watch and Vote for your 2022 FIA Action of the Year and have a chance to win a special F1 paddock access for a GP and an invitation to the 2022 FIA Prize Giving!"

Helmet swap with this guy!

One of the most genuine people in the paddock, a f***ing fast driver, and someone I’m happy to call a friend.

Wishing you all the best for the coming years @alex_albon 👊🏻 pic.twitter.com/2QCJY4KmrE

The line-up remains unchanged from our double title-winning 2022 season.

The @OfficialWRC calendar for 2023 has been approved by the @FIA World Motor Sport Council today with 13 rounds in five regions of the world. The eight-round @FIAERC schedule has also received green light.

It’s been a difficult season with highs and lows. I’ve had so much bad luck and tough moments throughout this year, but I always remained focus and never gave up !
I’m proud of myself, i learned many things that are going to be helpful for pic.twitter.com/LZAWCH41pk

Stefano Domenicali had the pleasure to welcome the new Italian Ambassador to the UK, Inigo Lambertini, to the F1 HQ to discuss the growth of the sport and the importance of F1 to Italy and the UK pic.twitter.com/YeppHMj7LC

We're excited to announce our motorsports game under development: TT Isle of Man – Ride on the Edge 3, published by @Nacon.

We're combining the power of the KT Engine by @kylotonn_games and our expertise to recreate the tension and passion involved in the event!

This afternoon at AMF1 HQ, along with @Cognizant, we hosted a special panel dedicated to highlighting the success of ambitious women in motorsport and technology and raising awareness for the challenges they face.

With rumours swirling over the future of Mattia Binotto at Ferrari, Peter G does not think replacing him as team principal will be the right solution…

I think ditching Binotto would be a mistake as it just puts more pressure on the next guy to get results quickly or also be pushed aside.

The biggest issue with Ferrari post Jean Todt is that nobody has been given time to get a team in place and let everything come together. Not even Todt was able to turn things around immediately, It was a multi year project to get everyone in place and even when they had the team together it still took an extra year or two for that to come together completely which then led to that period of prolonged success.

Mistakes were made this year but you need to be given time to look at those and learn from them. Replacing him will see the rebuilding process start from scratch as the new team principal will no doubt want to bring in a new team of people which will again take time which will again see the impatient Italian media calling for there head after a year or 2 of struggles. It’s the same pre/post Todt process repeating because nobody is given time in that role.
PeterG 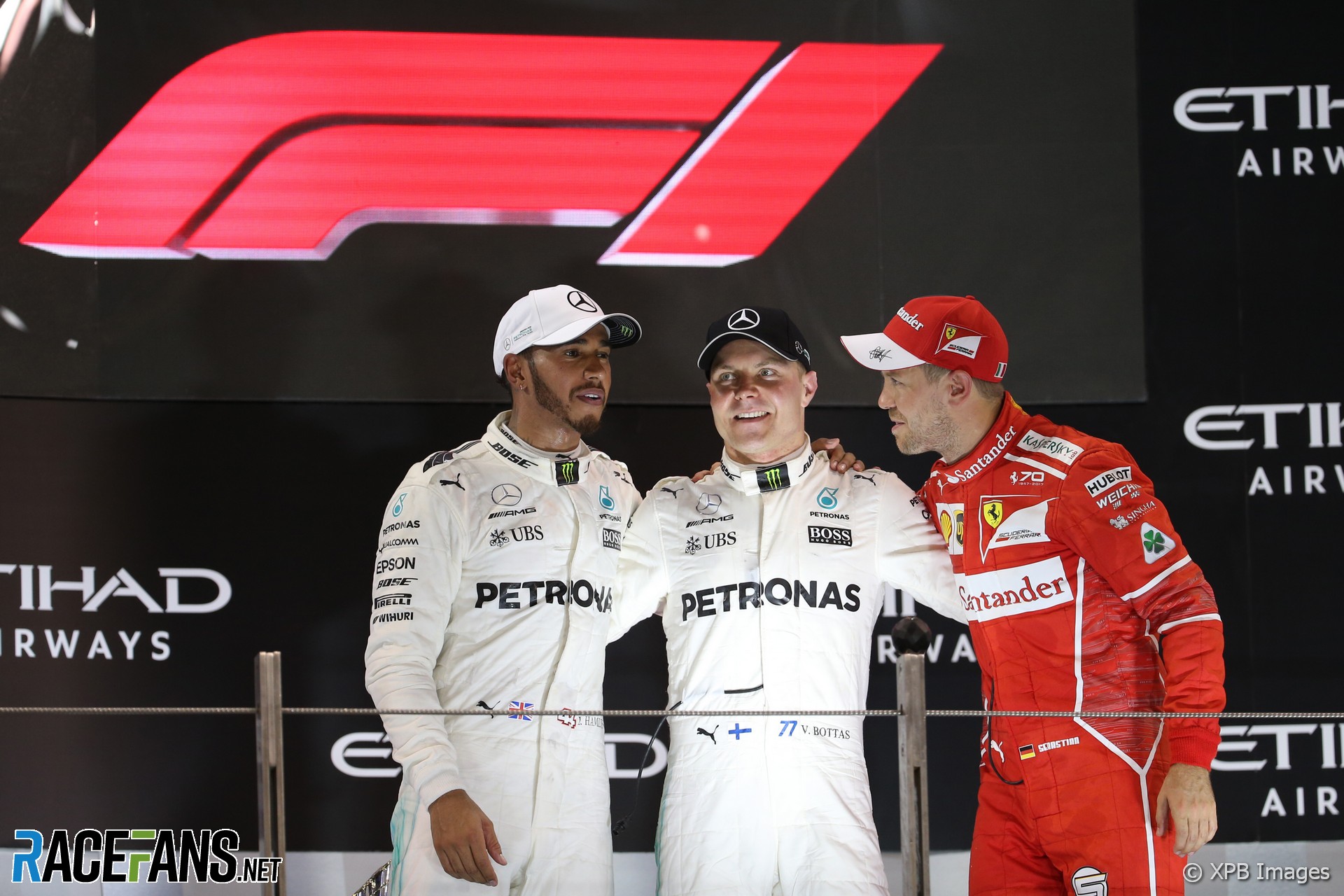