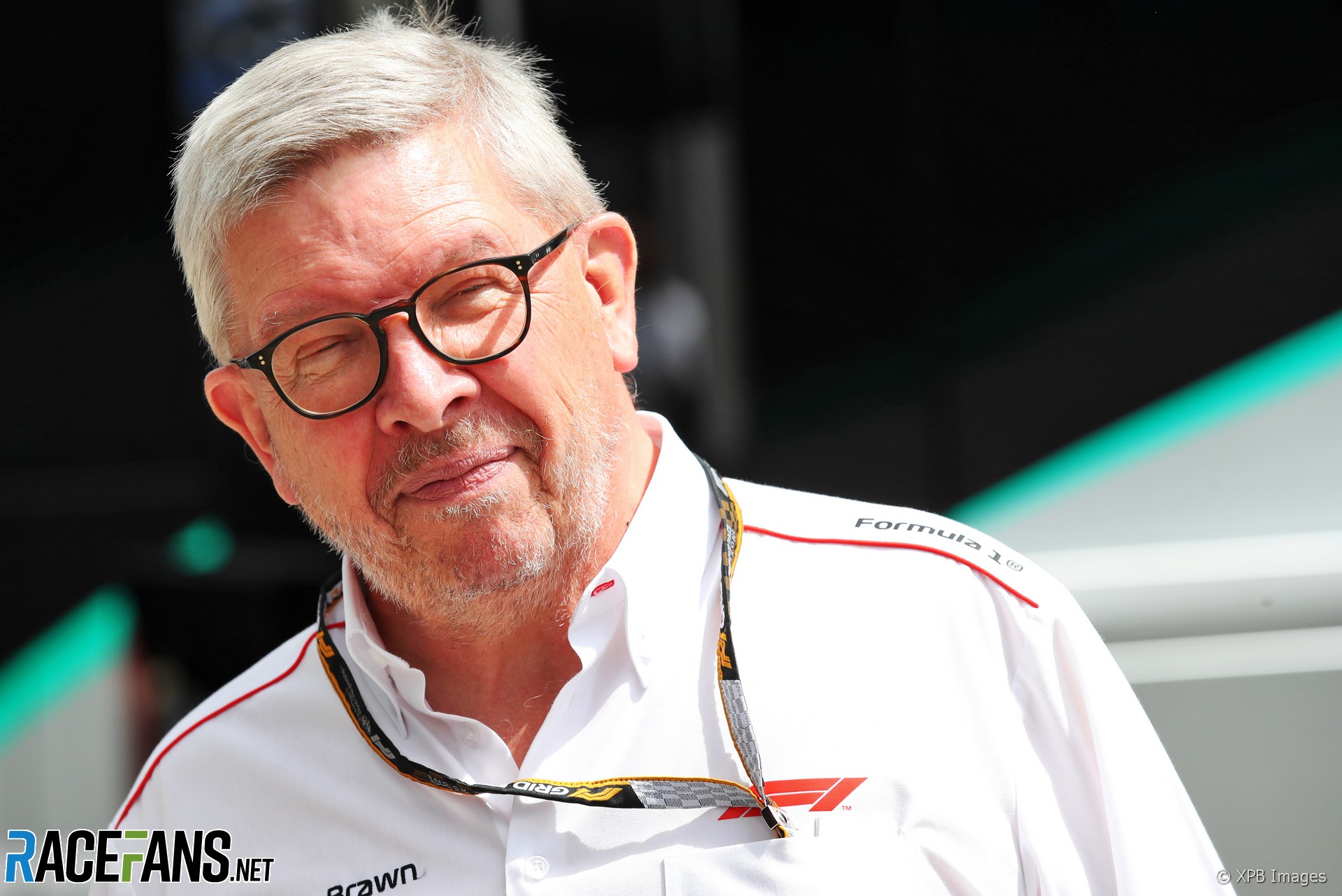 The number of sprint races on the Formula 1 calendar will double to six next year but the series’ outgoing managing director of motorsports admits he remains unsure what the ideal number should be.

Ross Brawn is retiring from F1 this off-season, bringing to an end a career of over four decades in the sport. He spent the last five years working with Formula One Management after its takeover by Liberty Media and has introduced major changes to the sporting side of Formula 1 in that time, including the budget cap and sprint races.

Three sprint races were scheduled during each of the last two seasons. The format will expand to cover six of the 24 rounds on the 2023 F1 calendar.

Brawn told the official F1 website he isn’t sure how many sprint races F1 should hold in a season. “The sprint was an initiative which seems to have worked,” Brawn said. “We’re expanding to six sprints next year.

“I don’t know what will be the optimum number we will settle at long-term. Some argue we should have it at every race. We’ll see if that is how it evolves. The sprint has certainly livened up the whole weekend and gives us a full three days of action.”

Sprint races have been criticised by some fans and drivers. World champion Max Verstappen has been vocal about his dislike of the format, arguing that the balance of risk and reward means drivers will naturally err on the side of caution during sprint races. The controversial format has since been adopted by the motorcycle world championship Moto GP, which will run sprint races following qualifying at all of its rounds next season.

Brawn believes Formula 1 should recognise the areas of the sport that are strong and make sure not to risk changing them too much, such as the traditional three-stage qualifying format.

“On the sporting regulations, we’ve had an open mind about how we should develop the race weekend format,” Brawn said. “There are already a lot of good things in F1.

“I happen to think the current qualifying spec is pretty good. Three-stage qualifying keeps people engaged for the whole time. It’s exciting and it occasionally throws up a few variables.

“We also have a group of people who now focus on trying to make the tracks as interesting as possible, so we don’t get tracks where we can’t race properly. Every existing track has been assessed and we have an input into all new tracks to ensure great racing.”

Having been heavily involved in the designing of the new technical regulations for the 2022 season, Brawn says he is satisfied that the new ground effect cars achieved the goal of allowing drivers to run closer to rivals than before.

“It was a huge thrill for me when I saw the 2022 cars first race and we experienced two or three cars racing alongside each other – we hadn’t often seen that before,” he said. “Now you can run hard behind another car for several laps without issues.”

Brawn believes that now is the right time for him to step down and allow others to prepare for the next major change to the power unit formula planned for 2026.

“Now is the right time for me to retire,” he said. “We have done the bulk of the work, and we are in a consolidation period now. There’s a new car coming in 2026, but that’s four years away, quite distant for me, so it’s better the next group of people take on that mantle. I believe I’m leaving F1 in a great place.

“I will now watch F1 from my sofa, cheering and cursing as an F1 fan, pleased that the sport is in a fantastic place and has such a fantastic future.”