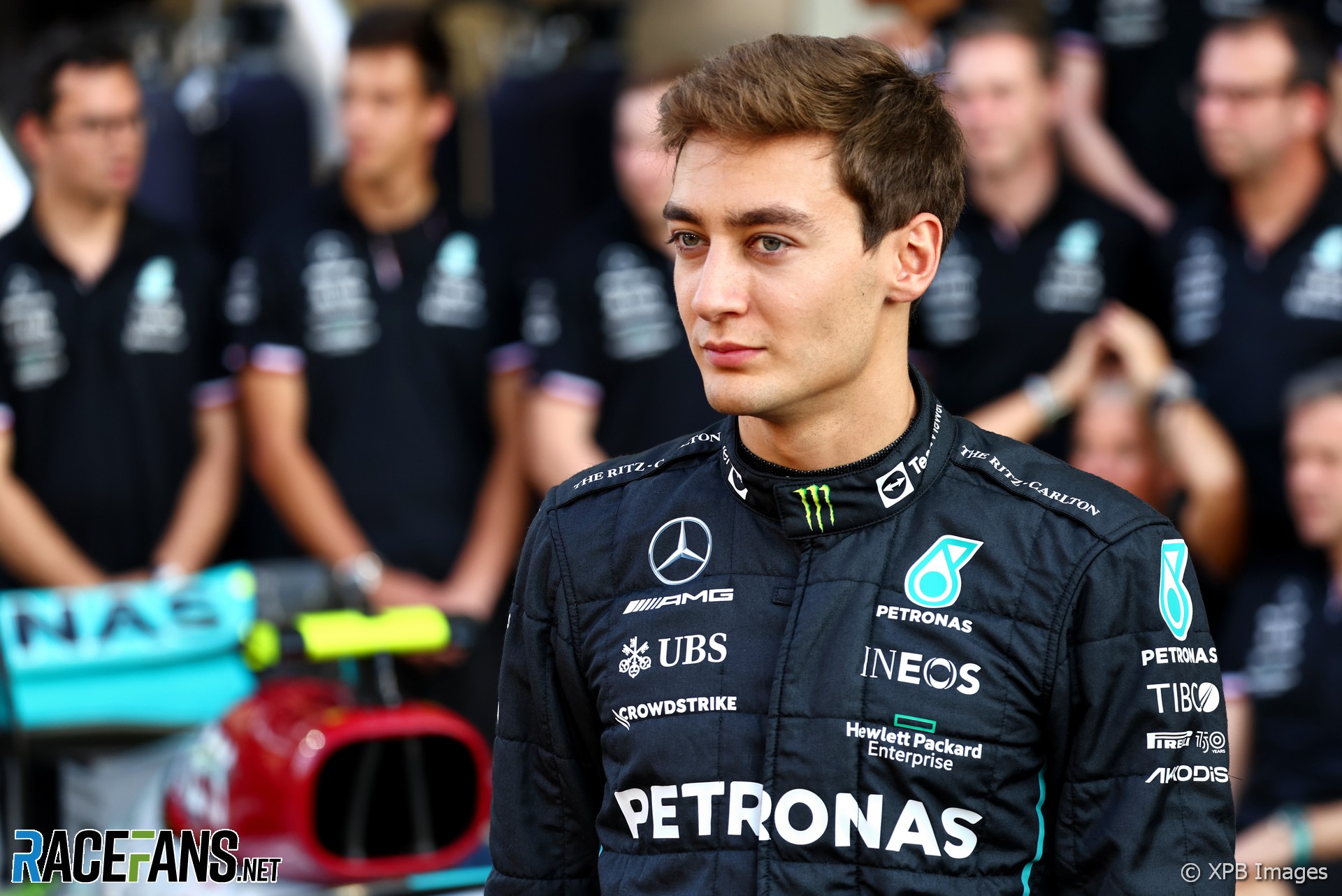 In the round-up: Mercedes driver George Russell says the team faced “tension” as they fought to recover from a disappointing start to the season and return to the front of the grid.

Mercedes had to overcome “tension” during 2022 recovery – Russell

Mercedes driver George Russell says the team faced “tension” as they fought to recover from a disappointing start to the season and return to the front of the grid.

The reigning constructors’ champions started the season behind rivals Red Bull and Ferrari as they struggled with porpoising on their car. The team eventually recovered to take a single victory, with Russell, at the Brazilian Grand Prix.

Speaking on the High Performance Podcast, Russell said that Mercedes’ efforts to return to the front of the field had led to tense conversations within the team.

“I think for sure the dynamic would have been slightly different had we arrived at the first race and had the fastest car on the grid,” Russell said.

“There’s been a huge amount of late nights, throughout this season, a lot of tension at times between drivers, teams, designers with regards to ‘are we on the right track? Do we need to be doing something different? Do we need to be more drastic?’. And these were very difficult conversations, but we came away from them growing closer together.

“We’ve got such great leadership within Mercedes that we are now all pushing in one direction. I truly believe this experience we’ve been through this year will lead to more long term success.”

Double Formula 1 world champion Max Verstappen just missed out on a podium place in the latest round of the
Le Mans Virtual Series simracing championship, finishing fourth for Team Redline.

Verstappen was running third during the final stint of the 500 Miles of Sebring esports event with Redline team mates Jeffrey Rietveld and Maximilian Benecke when he was caught and overtaken by Mercedes AMG driver James Baldwin. Verstappen finished just under two seconds behind Baldwin at the chequered flag, with the race won by Porsche Coanda drivers Mack Bakkum, Laurin Heinrich and Joshua Rogers.

German F4 championship will not run in 2023

The German Formula 4 championship will not be held in 2023, the ADAC has confirmed, after dwindling entried over recent seasons.

The German ADAC, who have organised the championship announced that it “will not be accepting entries for ADAC Formula 4 for the 2023 season”. Instead, the ADAC will run a team in the French Formula 4 championship next year.

"I had a couple of bad races that really put me off contention for the championship, so there is some work to do in that regard together with the team to make sure that we can keep that consistency throughout and that we can come back next year and fight for the title if we were to have a similar level car for next year."

Why Jamie Chadwick’s Announcement Should Scare The FIA (F1 Chronicle)

"Chadwick’s Indy Nxt seat is right now just a great opportunity in a strong feeder series, but it also naturally creates a stepping stone into the senior series, where she could race alongside previous FIA juniors such as Christian Lundgaard, Callum Ilott and Marcus Armstrong, as well as ex-F1 drivers. If she succeeds alongside them, she will have proven that she was always good enough to progress beyond W Series. The prospect is tantalising for women in motorsport."

"It was just so great. So great to be able to put our business out there and show them that we can be a part of Formula 1. I know it's international and we are international, being Jamaican. So, it was just great to combine that."

"A McLaren spokesman confirmed the sale of some heritage vehicles to the company’s main shareholder in return for the cash infusion, without elaborating on the details of the cars sold. McLaren’s heritage vehicles include 54 rare Formula 1 racing cars and F1 supercars, according to its 2021 annual report. The same report states that the company sells cars from its collection from time to time."

The Incredible Evolution of F1 Steering Wheels (Driver61 via YouTube)

"F1 steering wheels have come a long way. They used to be just for turning the car but now they are SO MUCH more. But how did we get from massive wooden steering wheels to sculpted carbon fibre units with more computing power than your laptop? Let's walk through the steering wheels from every era or F1."

New IndyCar recruit Marcus Armstrong, F2 racer Clement Novalak and their friend James Blair are back with the latest episode of their eclectic podcast.

Had surgery to remove some metals earlier this week, so this has been life lately pic.twitter.com/8ytntLQvKu

Wanna know what working hard to go fast looks like? It looks like 15 Bud decals stacked one on top of the other in front of the roof cam because it was a count or two less drag in the wind tunnel. The Eurys were hard workers. pic.twitter.com/YF8uVyDsnG

With Canadian businessman Calvin Lo exploring the possibility of setting up a new Formula 1, reader AlanD thinks a new team with strong financial backing would benefit the sport in more ways than one…

I think it would be great if we had a genuinely new team, and one which was quickly competitive. If Lo can prop up the finances in the formative years, it should mean the team is less dependent upon the whims of sponsors. Another team would help the engine manufacturers too, by giving them another customer.

When F1 was struggling to find people to build engines a few years back, extra teams would have been a problem, but now we have Ferrari, Mercedes, Red Bull Honda, and Renault, and it seems reasonable that each engine builder could be required to support up to three teams. What I would like to see though is that the regs mandate a fixed price per engine that engine builders have to stick to when supplying third parties.
AlanD