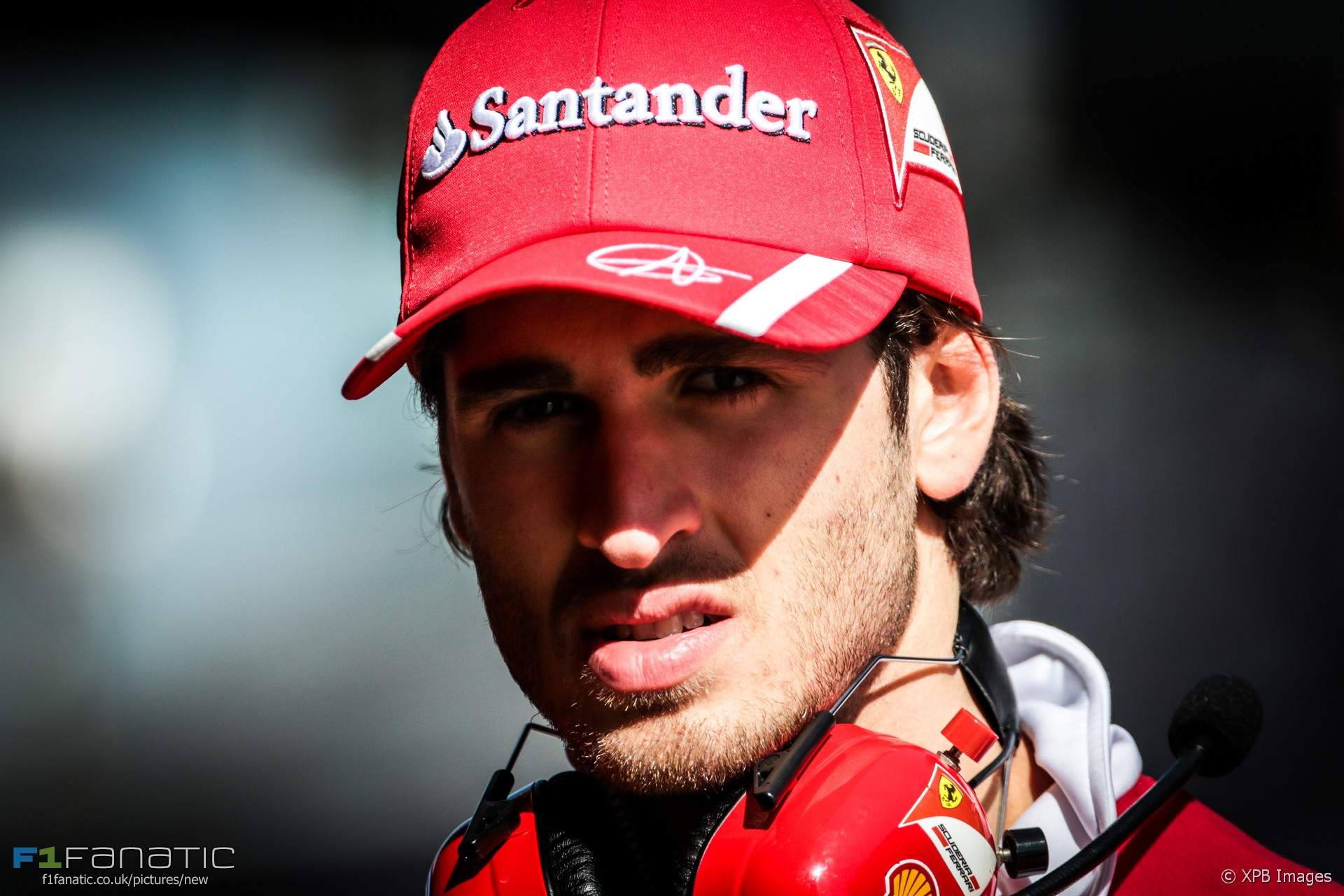 Antonio Giovinazzi received a surprise call-up to make his Formula One race debut for Sauber on the eve of the first race of 2017. However the Italian driver had already impressively scaled the junior racing ranks and been hired by Ferrari as a test driver.

Born in the southern Italian town of Martina France, Giovinazzi enjoyed his first racing success in the Formula Pilota China series, winning the title with Eurasia. He also raced competitively closer to home in Formula Abarth and made the step up to F3 at the age of 19.

A dual campaign in the European and British championships meant he was kept busy, but results came slowly with Double R in the European series. He won twice in Britain and ended the year second overall behind Jordan King.

He returned for another crack at the European championship with Carlin in 2014 against a stellar line-up including future F1 drivers Esteban Ocon, who took the title, and Max Verstappen. A pair of wins for Giovinazzi and sixth in the championship made him a favourite for the 2015 season.

However the growing might of the Prema team and the experience of Felix Rosenqvist proved an irresistible combination. Giovinazzi won six times but that was only good enough for the runner-up spot. And with F3 introducing a three-season limit for drivers at the end of the year, it was time for Giovinazzi to move on.

Teaming up with Prema for their first assault on GP2 paid off quickly. A double win at the third round of the year in Baku propelled Giovinazzi into the title fight with team mate Pierre Gaslt. Giovinazzi put one over Gasly in fine style by passing his team mate to win on the street track despite his Drag Reduction System not working.

Three further wins later in the year, including a slightly fortunate one at Monza, meant Giovinazzi went to the final double-header with a seven point lead over his team at the top of the standings. But victory from pole for Gasly in the first race reversed the order, and despite Giovinazzi finishing ahead in the finale the title went to Gasly.

He’d done enough to impress Formula One’s most famous team, however, who offered him a testing contract for 2017. When new Sauber driver Pascal Wehrlein was injured in the pre-season Race of Champions event Giovinazzi stepped into his seat for the first pre-season test of the year.

Although Wehrlein returned for the second test and drove the first day of the opening race weekend he decided he was still not fully fit and stepped down, handing Giovinazzi his grand prix debut.