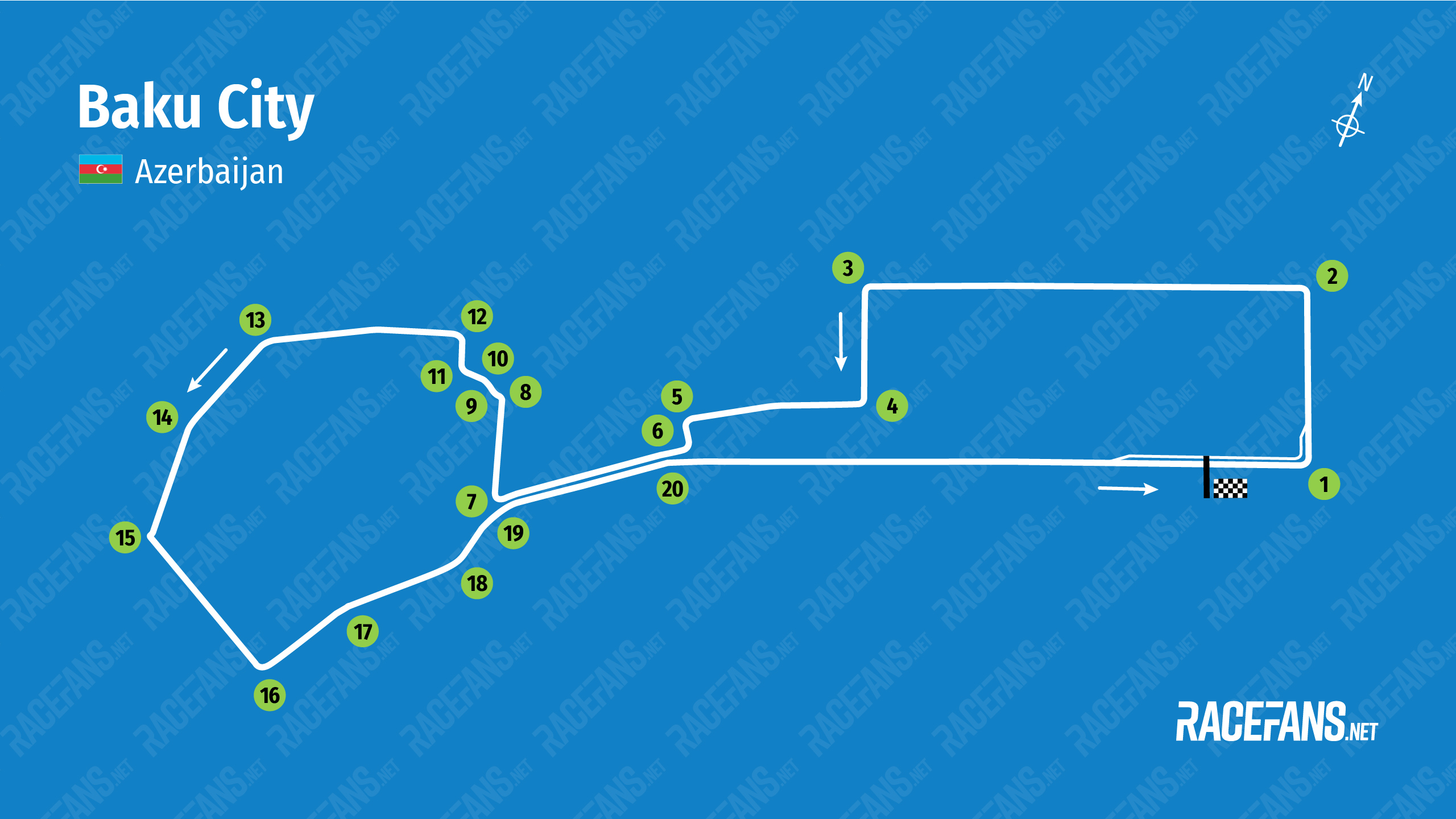 The Baku City Circuit is a temporary course around the streets of Azerbaijan’s capital which held its first Formula 1 race in 2016. The race carried the title of European Grand Prix in its first season, then became the Azerbaijan Grand Prix in 2017.

The six-kilometre layout was designed by Hermann Tilke. It features 20 turns and ranges in width from 13 metres at its widest part down to just 7.6 metres where it winds through the historic centre of the city. The track runs through a UNESCO world heritage site, and part of its cobbled streets were covered with asphalt for the first race.

Unlike most street tracks, the Baku City Circuit is extremely fast in places. The drivers are flat-out for over two kilometres in the run from turn 16 to the pit straight.

The race did not take place in 2020 due to the Covid-19 pandemic. It returned to the calendar the following year, but was held ‘behind closed doors’ without fans present.