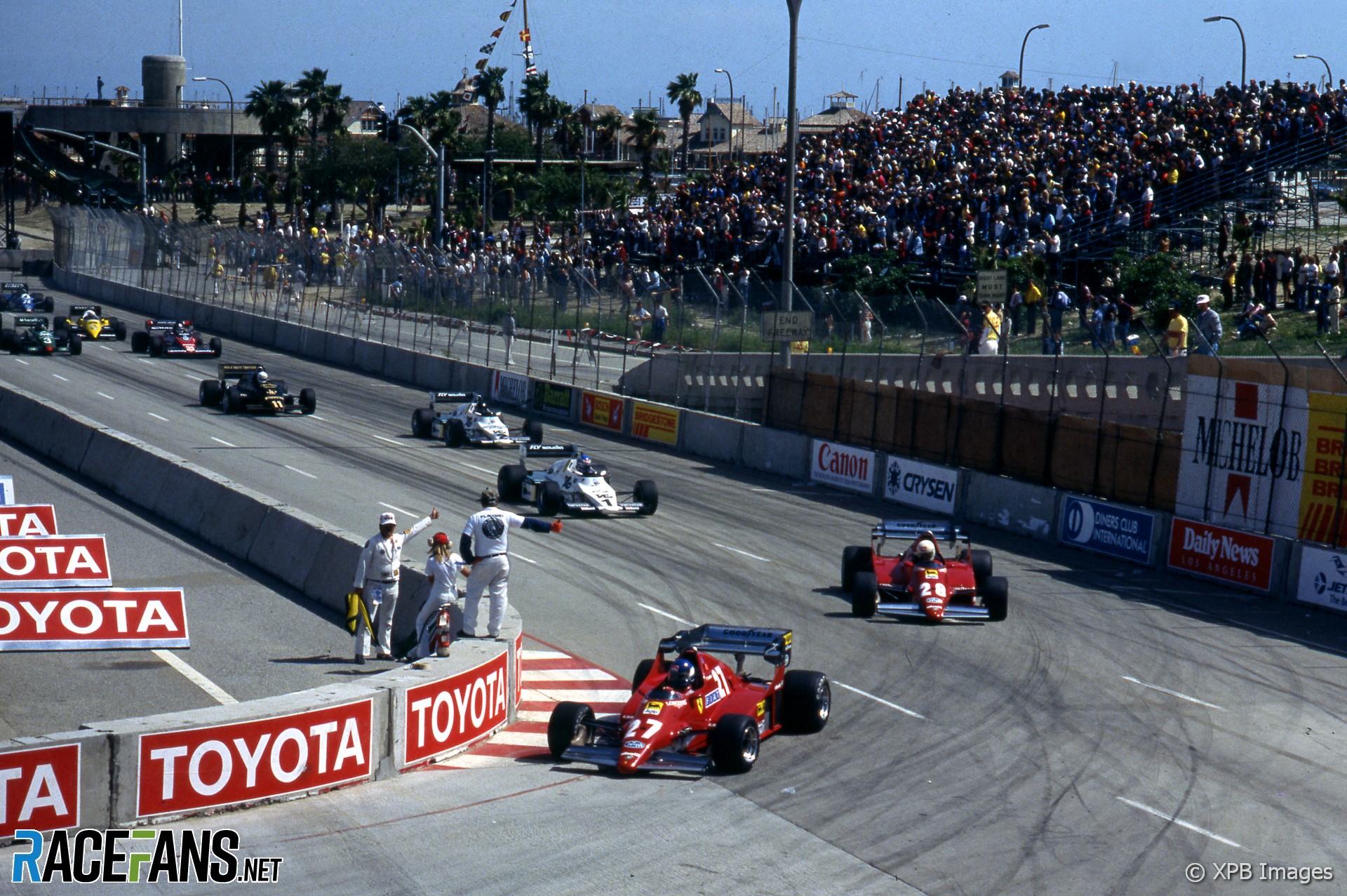 Long Beach in California was the first in a series of American street circuits Formula 1 visited during the seventies and eighties. However following an eight-year run of increasingly successful races, F1 promoter Bernie Ecclestone failed to agree terms with promoter Chris Pook to continue the event, and IndyCar took over the grand prix.

The circuit went through several different configurations during F1’s stay, and at open point the start and finish lines were in different locations. Both were eventually relocated to the curving Shoreline Drive, one of few sections of the track which have remained unchanged since it was first used.

Clay Regazzoni led the first world championship event on the track in 1976 from start to finish, winning for Ferrari. The following year Mario Andretti scored a home victory in his Lotus, interrupting a string of successes for Ferrari at the track, which also saw wins for Carlos Reutemann in 1978 and Gilles Villeneuve in 1979.

The 1980 race saw Regazzoni suffer a terrible crash which left him with paralysis. Nelson Piquet took the victory.

The following year was the one and only time Long Beach opened the world championship, after the South African Grand Prix was run as a non-points-paying event due to a political row. Riccardo Patrese took a surprise pole position for Arrows by a mere nine-thousandths of a second over Alan Jones, who won the race.

The final two years of the race saw two dramatic wins for McLaren. Niki Lauda scored the first victory of his comeback season in 1982 after passing another surprise pole-winner, Andrea de Cesaris. He followed team mate John Watson home in a one-two for the team the following year, the pair having started 22nd and 23rd respectively, setting a record for the lowest starting position which has ever yielded a grand prix winner.