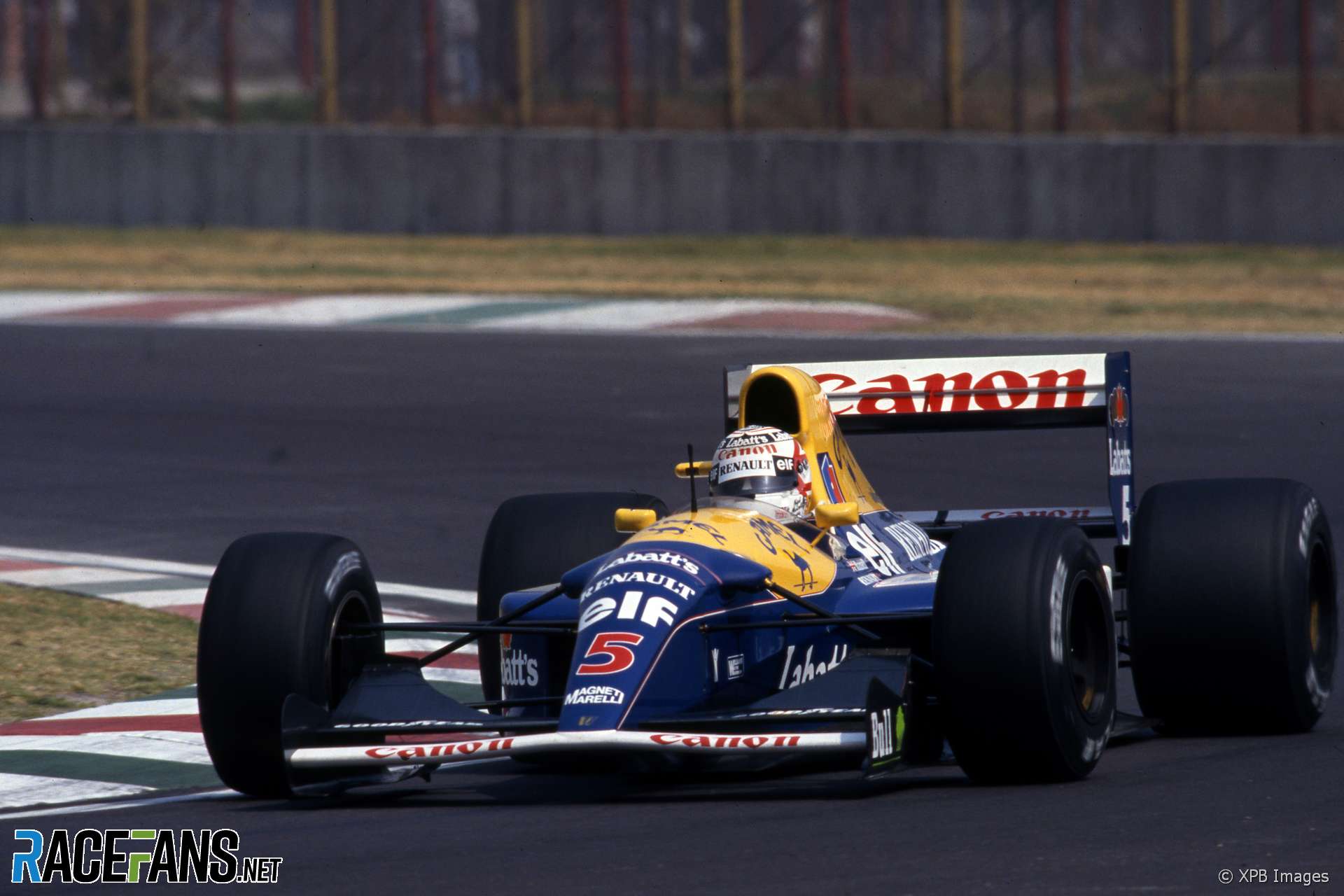 Williams’ FW14 proved very quick in 1991, winning seven races, but it wasn’t quite reliable enough to keep McLaren and Ayrton Senna from the championships.

The ‘B’ version of the car raced in 1992 added computer-controlled active suspension which elevated the team far beyond the chasing pack. The two FW14Bs were often a whole second faster than anything else on the track.

Mansell claimed the drivers title in Hungary with five rounds to spare, while Williams enjoyed six one-two finishes and easily won the constructors championship. The team had its successor ready halfway through the season, but as the FW14B was the class of the field by a huge margin they held off introducing it until the following season.

Read more about the FW14B here: